The state of cinema production 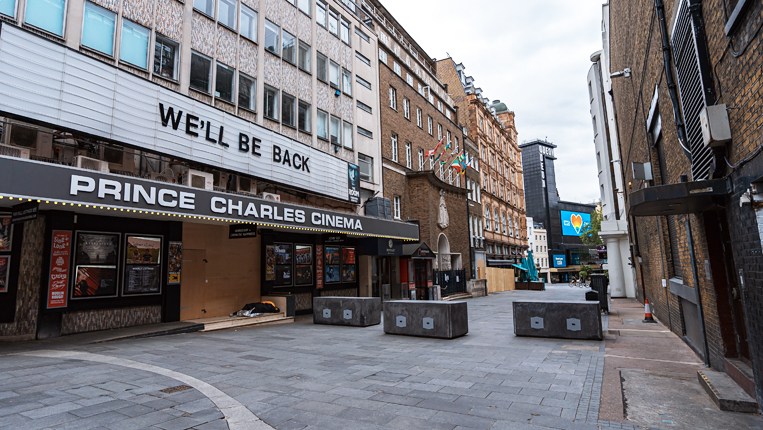 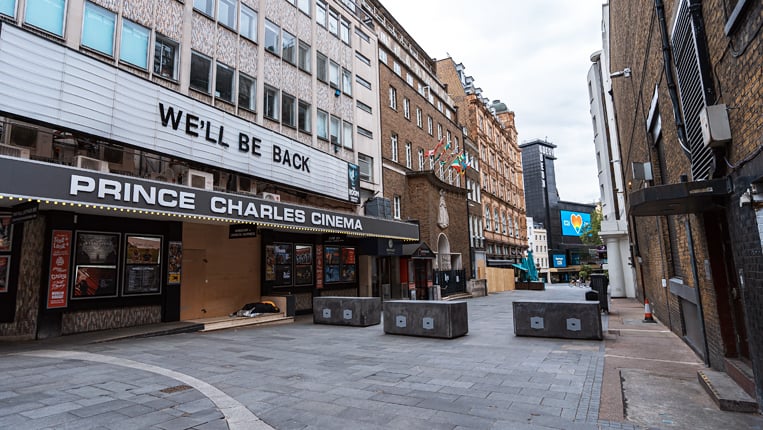 It’s difficult to meaningfully sum up the progress of the coronavirus pandemic.  Some jurisdictions are beginning to wind down restrictions others are now planning to, supported by a decidedly variable amount of science.  In the UK, the reproduction number R, which must be less than one for the virus to eventually die out, has been estimated at 0.7 under near lockdown conditions. It might be 2.3 without any precautions.  Considering what it’s taken to reduce R by 1.6, the idea of having only 0.3 to play with is not a very happy one.

One of the most horrifying ideas proposed so far is, simply, the end of cinema exhibition.  Theatre mogul Cameron Mackintosh has been quoted saying that it’s impossible to socially distance a theatre, or by extension cinema, without bankrupting the venue.  Closures have already already affected the release of Universal’s feature Trolls World Tour, but now described as “premiering now at home.”  Perhaps that’s the sort of film that might have hovered on the edge of a streaming release anyway, but the exhibitors are clearly hoping that this won’t set a wider precedent. 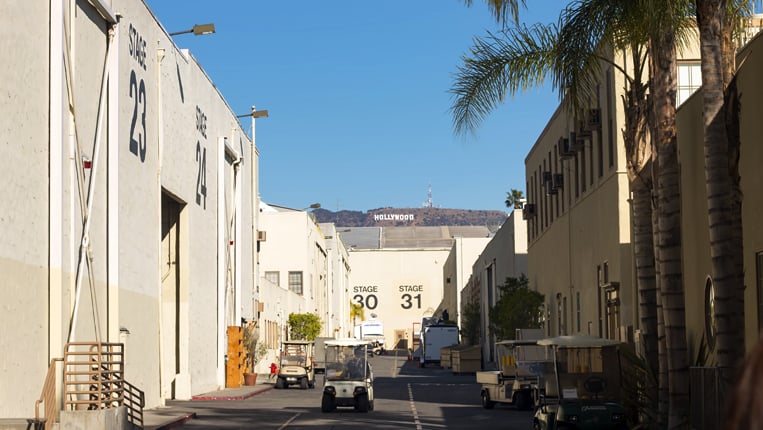 AMC and Regal in the USA are making noise about it, but Universal’sTrolls World Tour is not the only release affected.  Disney’s Black Widow and Mulan are postponed indefinitely, the ninth Fast and Furious film will release in April next year, and the James Bond film No Time to Die, is scheduled rather optimistically for November.  There’s a bigger picture here, as comments from Universal suggest an interest in simultaneous theatrical and home releases even when theatres reopen.  Universal pondered a premium-priced, on-demand premiere of Tower Heist back in 2011, but backed down under a storm of protest.  Now, though, the company has made almost $100m – around the production budget with Trolls on demand.  If nothing else, the pandemic has taken some of the sting out of the phrase “straight to video.”

Given the boom in quality production for over-the-top distributors such as Netflix, Amazon and Apple, the historical stigma of shooting for TV was being blunted in any case.  This coincided with a collection of government incentives and wider economic factors to make places like London particularly attractive to producers and created a lot of employment. Similar things happened in Atlanta in the USA, and given the haste with which the state of Georgia seems keen to move away from quarantine, the city might be an early re-starter.

Away from the big financial hitters of production and distribution, though, what we call the film industry is perhaps better characterised as a series of cottage industries.  Most services are provided by groups of freelancers or small companies, especially in the trades which serve the sharp end of production, and those people have infamously limited ability to withstand financial hardship.

The union governing American film production reports that up to 120,000 people may have been put out of work, a figure representing some 80% of its membership. In the UK, union BECTU says that 50,000 people, or 71% of relevant membership, may face serious economic hardship despite a government initiative designed to offset up to 80% of lost wages.  With statistics like this floating around, it’s easy to overlook those parts of the industry which are not unionised, but which provide a lot of valuable training.  Student films and music videos generally have microscopic budgets and are far able to run productions under restrictive working practises.

Neither governments nor trade organisations can entirely cushion blows on the scale of those delivered by the pandemic, but spirited attempts have been made.  In the US, the SAG-AFTRA foundation has distributed $1.7m in emergency funding, and the DGA has discussed thousand-dollar emergency grants.

In the UK, the BFI has a £2m fund to provide funding of up to £150,000 to “productions unavoidably interrupted,” with a further £1m to support exhibitors and festivals.  The BFI’s £3m freelancers fund has closed, although the Film and TV Charity does – with natural caution – occasionally provide emergency financial help to individuals.

Many people are pondering guidelines to make a return to work safer, and therefore allow it to happen sooner. Frankly, the feasibility of making anything like a film or television production even remotely safe from infection seems either hopeful or desperate; asking people to wipe down equipment and stay far apart feels like a box-ticking initiative, one designed to provide impressive paperwork to show if there’s a problem later.  Still, it can’t hurt.  One early document is Film Florida’s “recommendations for clean and healthy production sets” which is fairly typical.

Full time employees generally do better, although BECTU says some (comparatively recently-organised) members in the respected London visual effects sector have been asked to accept pay cuts of 25% or lose their jobs.  As the union put it, that could either be a genuine attempt to keep a company solvent in desperate circumstances, or a staggeringly cynical ploy to shift risk onto employees while allowing rewards to remain with shareholders.  It’s even been speculated (and it is speculation) that Kodak’s film business is viable only because of minimum-buy agreements with producers.

The natural desperation for a return to normality – a desperation driven by realities as harsh as mortgage and food costs – needs to be carefully moderated.  Jump too soon, and there’s a clear risk of further infections and an even longer period of disruption.  In the meantime, the best we can do, as a global population of nearly 7.6 billion, is – well – keep following the rules, because until a vaccine or treatment becomes available, that’s all we’ve got.

Among production crew, there’s probably only one unified hope: that not everything goes the way of The Blacklist, NBC’s drama whose season finale was partway through production when the restrictions hit New York.  The episode has been finished using comic book animation and cast voiceovers recorded from home. Happily, the series is expected to return for the 2020-2021 season, so it will still have the opportunity to end the way it began.

This is one reason why it is futile to pixel peep