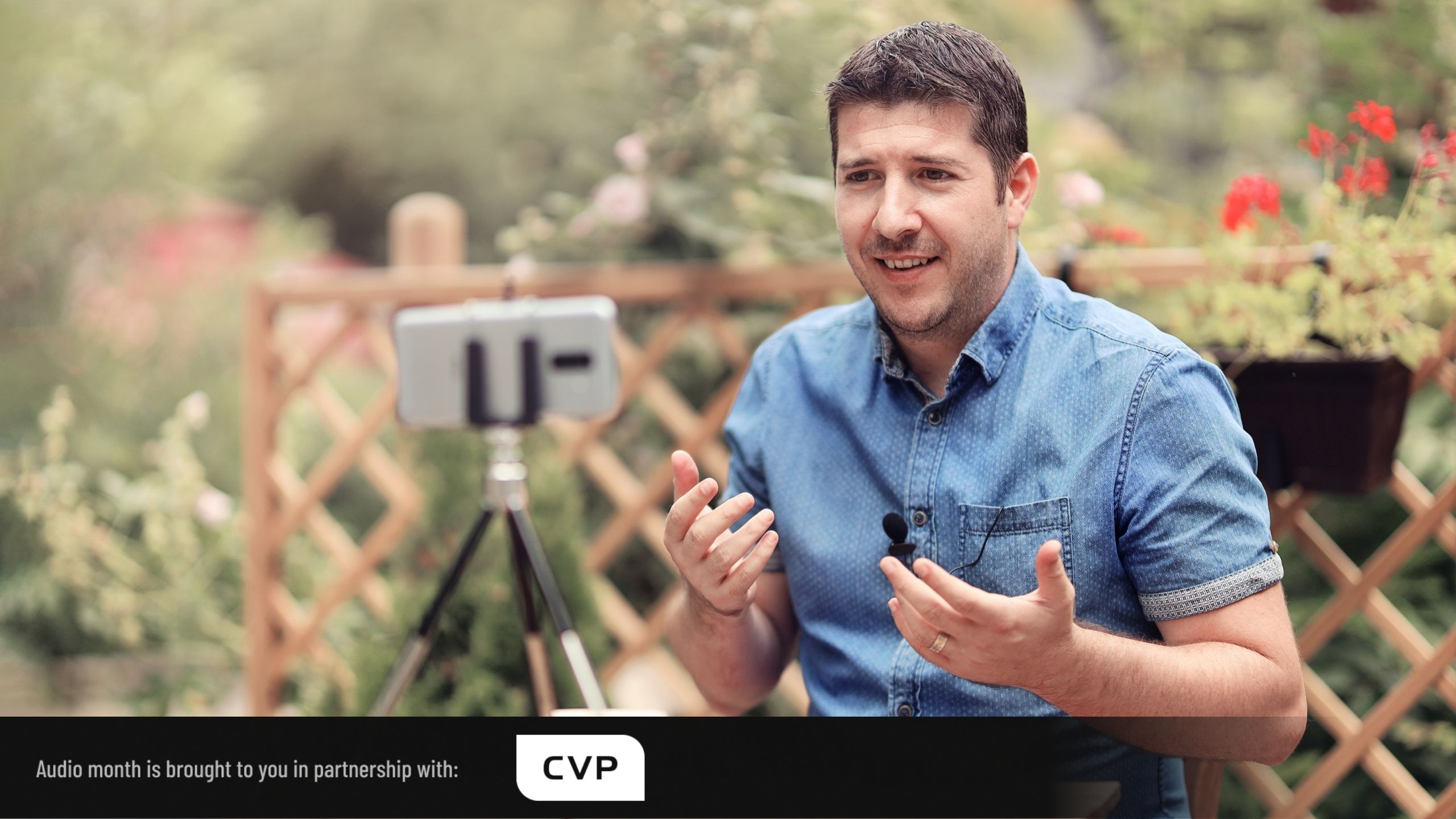 Replay: In the second part of my interview with sound guru Bo Brinck from DPA Microphones we talk about tips and techniques with lavalier mics.

Every camera person should own a lav mic. It’s one of the most useful mics you can have, simply because it covers the thing that we most often find ourselves filming; interviews or pieces to camera. The lav mic is also now finding itself being used more often even in dramatic productions due to its convenience. But there are some things to remember when using them, as well as some urban myths to clear up.

I began my conversation on the subject with the idea of hiding the mic under clothing. Bo was straight to the point, “That’s a big no no.”

His reasons are not what you might think. It isn't because of the risk of clothing movement, which can be mitigated for, but instead it's due to sound pickup, “Sometimes in film, documentary sometimes feature films, they have to do that. But then they know about the consequences. They know that the sound will be muffled and the speech intelligibility will be compromised heavily. So they will compensate for that. But if you don't have to, don't hide the mic. I normally say to place it second shirt button down, which is about ten to twenty centimetres away from the mouth.”

Bo went on to say, “Here below the chin, you have too much shading and it will sound muffled, or if you place it to the side (of a collar rim) like a lot of people like to place it, it will also sound a little bit muffled.”

There’s a myth that continues to persist with lav mics, and that's that they pick up sound from the vibrations in the upper chest. It is nothing more than a myth, however, Bo states, “It’s a very good myth. Even from very well known famous sound engineers they talk about sound coming from the chest, which is nonsense because there's no sound coming from the there. Well, there is, but it's very, very little compared to the sound coming out of the mouth. The vocal cords are creating the sound. When we when we speak, it's going through the vocal cords.

Below the mouth, you have less high frequency than you have above it, and you have reflections of the chest, and the shading of the chin. All those factors create what they think is the chest sounding voice. So that's referred to as chest sound, but it has nothing at all to do with the chest creating sound.

When I do my seminars and I talk about speech intelligibility, I have this joke and I say that we have two sound sources on the human body. The mouth is one of them, and then I pause and then people think, what's the other one?! It’s funny, but it’s true!

If you mount the mic too far up, like just below the chin, you would have a lot of shading and it sounds very muffled. But if you go further down, you will have more high frequency, but not as much as if you had placed it above the mouth. So the perfect placement of the lav mic won't always be possible, but the best placement is actually on the forehead. It sounds much more natural. It sounds identical to the sound that you experience when you're talking to someone from one meter away. We have this reference that one meter away, that is a normal conversation distance.”

In short, mics are best placed above the head because this is where the most natural sounding sound is picked up, with a good spread of frequencies, most notably the ones that contribute the most to speech intelligibility. 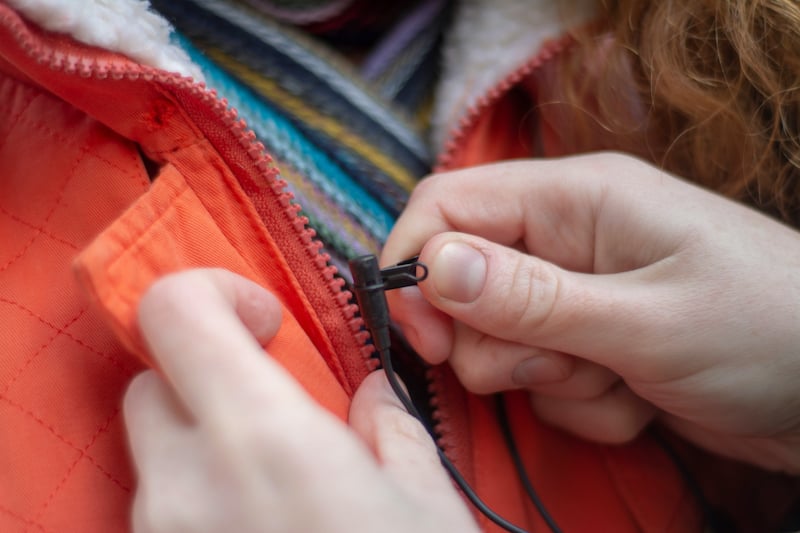 Lav mics perform much better outside of clothing than under it. Image: Shutterstock.

Mounting the mic upside down

So if you are working with a big microphone, it will be more directional in the higher frequencies. But for these small lav mics it doesn't really matter, the difference in the mounting angle is only audible above 16 kilohertz. I would say that you can't really tell the difference on a video, whether it’s mounted upside down or not.

That being said, If you're looking down into the microphone, for example if you're sitting like I am here and I'm looking down at my desk, I would create some popping sounds into the microphone. However if you turn it upside down, the air from the mouth will reflect on the microphone itself and it won't create the same popping and noise. So sometimes it's very convenient to place upside down. It won't change the sound, but it will offer protection from such problems.

The lav mic is now being used on feature films much more than in years gone by. I ask Bo whether that’s due to advances in modern designs that allow the quality to be higher.

“With the high end microphones the sonic consistency between a lav mic and a boom mic is now much closer. It's much better now than it was back in the old days. It is not very easy to make a lav mic sound very good because they are so small, and the smaller the diaphragm is, the lower sensitivity, the more distortion, less dynamic range and so on.

It was easier to create boom microphones because you weren't limited to the size and the weight and the amount of amplification and so on. Now with high definition lav mics and high definition boom mics, you can more easily switch between them and still maintain the same experience for the audience. So placing high end lav mics in the hairline, you can get a lot of good sound with them.

You can also get some wind protection from the hair. You can hide it in the hair. And as I said before, it sounds much more natural above the mouth than if you put the mic down low. Also when you have it down low and you turn your head you are you are changing the distance to the microphone But when you place up above the mouth it has the same distance all the time.

If you are filming a dialogue and the actor has the microphone in the hairline, You could use only one mic only for the entire conversation, because we would have the same sound level if we were close enough.”

One thing that perhaps doesn’t get thought about enough is the quality of the mic. This is much like the quality of a camera. Some can cope better with wide dynamic range than others. Some produce more detail than others, and this gets reflected in what you can do with the sound in post production. The way to think about the mic is to place in the context of a camera sensor.

Recording sound is the same as filming the visuals in many respects. You wouldn't film an interview without considering the lighting. If you just filmed in the dark, your image might become noisy. In effect, your accoustic room treatment when you're recording sound, is effectively your lighting for the microphone, Your microphone is like the sensor on the camera. So the higher quality the microphone is, the more capable is and the more information it is capturing.

Bo Brinck works for DPA microphones and is one of the company's foremost sound experts, giving seminars worldwide. We'd like to thank him for his time to give this interview.