Sony goes Over The Top and gets smart about content 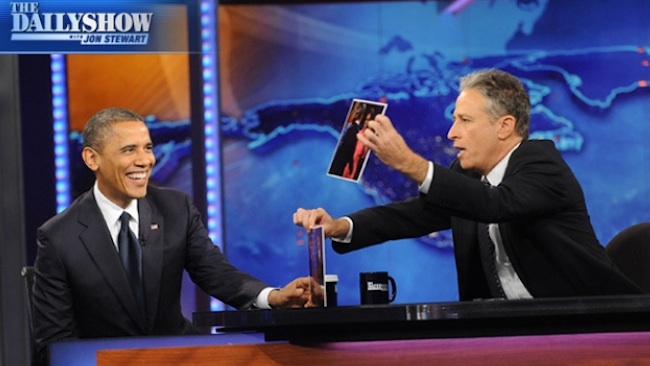 The excellent Daily Show...coming to a PS4 near you?

According to reports in the Wall Street Journal, Sony is looking at significantly upping the stakes when it comes to providing content directly to viewers over the internet by inking a deal with media giant Viacom.

Called Over The Top content by the industry (OTT will usually suffice) such deals are considered to be dangerous by the established players in the market because they completely cut broadcasters and service providers out of the loop: you simply buy your set, plug it into the internet, and start downloading material directly from the manufacturer’s website.

For the consumer electronics manufacturers it’s an extremely tempting proposition, but few have got the mix of content just right yet. Viacom owns such channels and brands as MTV, Comedy Central and Nickelodeon, however, which makes the deal a significant coup if it all comes to pass. And, of course, Sony can also pipe any OTT material through its Playstation console (indeed, it seems that this is where any service may launch) thus avoiding the many many problems that have so far bedevilled the take up of Connected TVs (where consumers, largely, are repelled by clunky interfaces and unreliable connectivity and seem happy to leave them unconnected and use something else for accessing the internet).

What’s more, it seems that Sony is also talking to some of the other big beasts of the media world, such as Time Warner and Disney. And with the likes of Apple, Google and Microsoft all jockeying for position in this space, never mind Samsung, LG and everyone else currently making TV screens, we could be in for an interesting run up to the Xmas period...