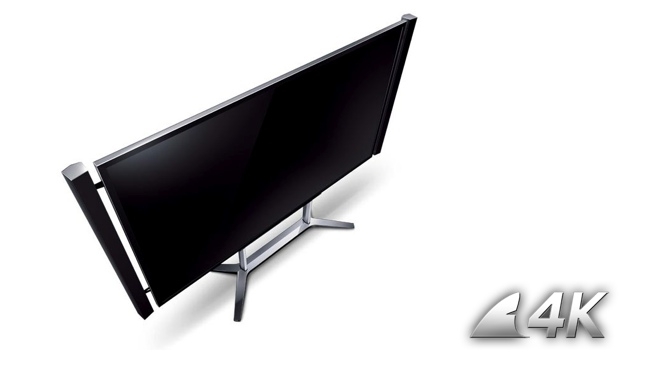 Well, Sony promised it “after Thanksgiving”, and here it is: the first details of Sony’s new 4K delivery system which may or may not show the way to the post Blu-Ray era

Posing more questions than it answers, the press release goes on to list the content that will be supplied in 4K and then confirms that their (so far nameless) system “can be updated with additional 4K titles and video clips”

So, very little detail here, and the slightly puzzling idea that either the player, or the content, or both, are “loaned” to US customers.

We are not told how the server will connect to the television, but the fact that it connects “easily” suggests a single cable, but HDMI is limited to 24p at 4K resolution - perhaps enough for classic feature-film content but surely not a long-term solution. Pictures of Sony’s 4K Bravia show a LAN connection which raises the intriguing possibility Ethernet deliver from the 4K server to the TV.

Could it be that this is essentially a pre-production unit, or something never intended for mass production that Sony have felt compelled to supply to their customers to kick-start their 4K experience? A bit like when the first HD sets arrived in the shops when there were all manner of MPEG-2 HD players hooked up to them to supply the HD content, because none was being broadcast at the time and it was before BluRay?

So, what do we know, and what don’t we know?

We do know that this is a hard-disk system. Presumably the 4K movies need more storage than a Flash-memory based system could supply at a reasonable cost.
What we don’t know yet, but which we think is inevitable, is whether this is the end-point of a streaming delivery system. The press release only mentions updating - which could actually be via some physical delivery medium (a disk or memory card) for all we can tell; but we do think this is unlikely.

Much more probable is that the mass market version of this will be something related to the Playstation 4, and a descendent of the Playstation Network will be used to manage and deliver the content.

This really is quite amazing. The sheer but necessary vagueness of this announcement shows that 4K is pushing marketing departments faster and further than ever before - to the extent that they have to release an un-named product range!

Two things: 1) Sony’s solution is designed to be updated periodically with additional, new content, and 2) This is just the first step, as you have to wait and see what we have to show you at CES in January.

Hmm. Looks like the real deal is going to be announced at CES. But whatever this pre-production device is, you can bet that this will form the basis of Sony's vision for content delivery in the future, starting with now.