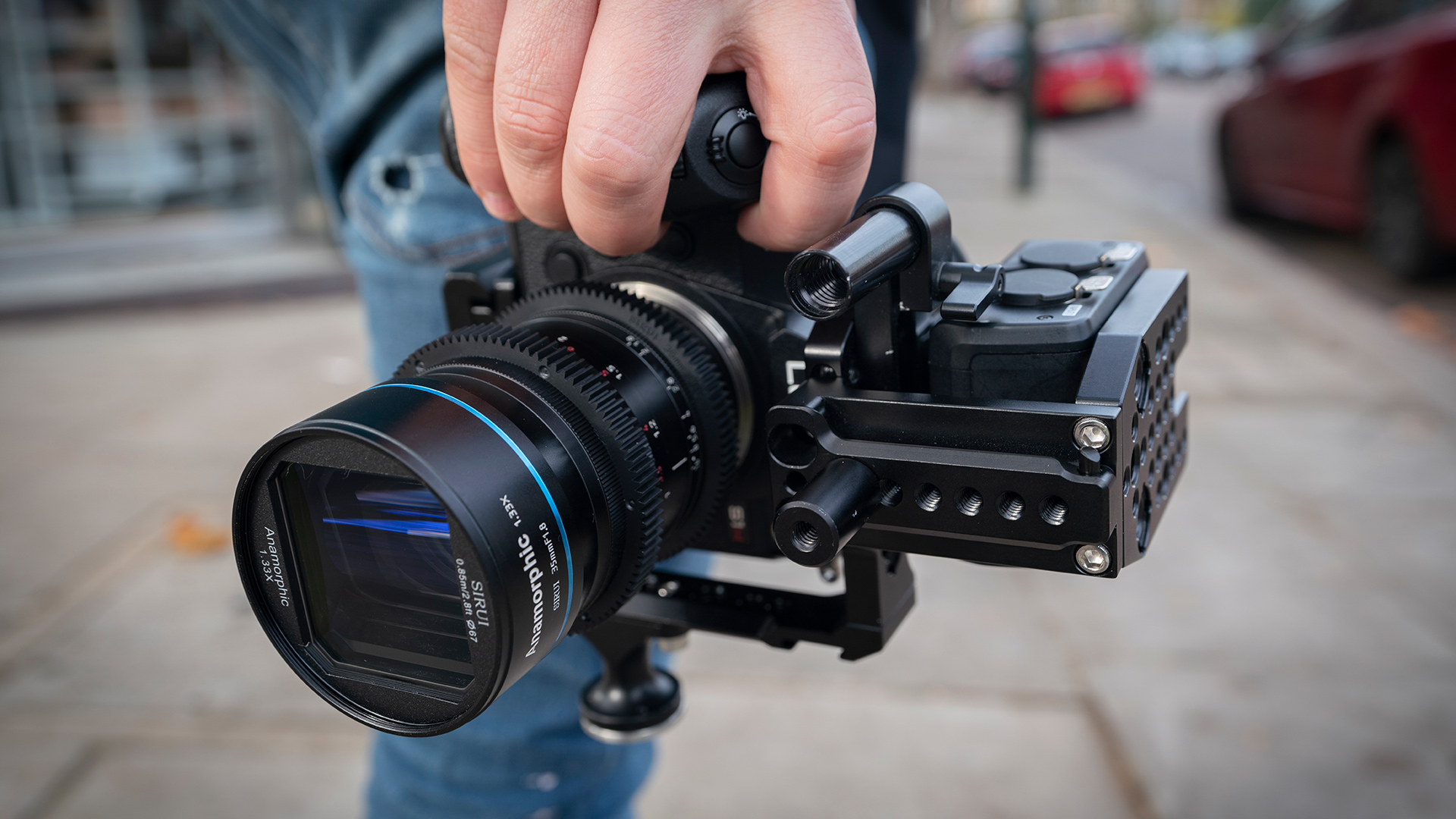 MTF services has adapted the Sirui 50mm and new 35mm anamorphic lenses for use on full-frame L Mount cameras.

When we reviewed the Sirui 50mm 1.33:1 anamorphic back in the summer, the closing remarks referred directly to the need for more focal lengths; nobody’s going to shoot an entire production on a 50. It was always fairly clear that Sirui would pursue more options, and it since has, announcing a 35mm option and partnering with UK supplier MTF Services to provide an L-mount option suiting Panasonic’s Lumix S5, S1 and S1H cameras. By default, Sirui makes its lenses in micro four-thirds mount, with E, EF-M and Z options, but there’s no straightforward adaptation from MFT to L, so it’s taken a bit of custom engineering. 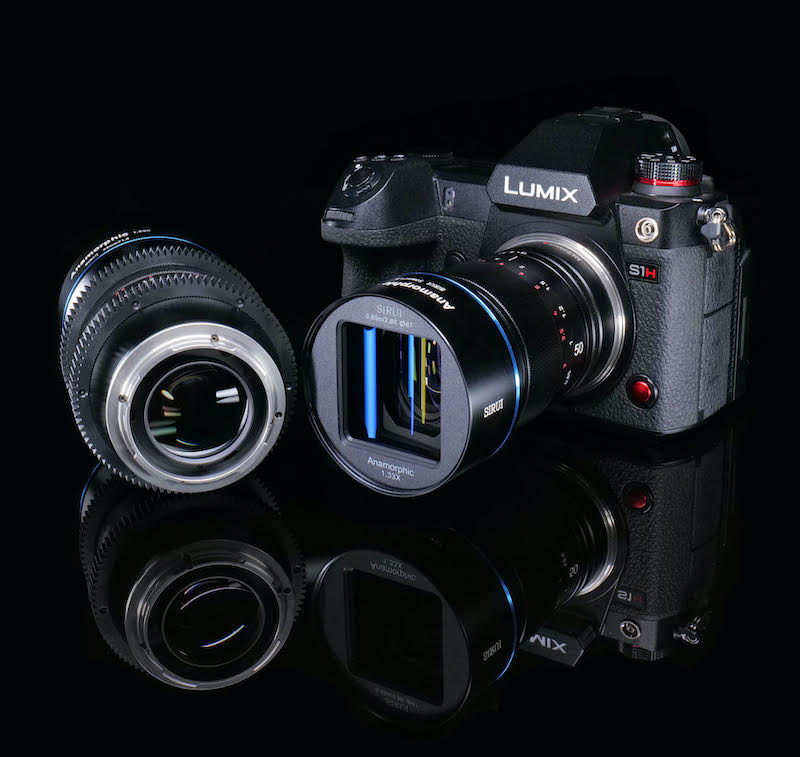 The Sirui and the mighty S1H is a match made in heaven, but mounts aside, the sheer appetite for this can hardly be overstated. Earlier this year, the Indiegogo campaign for the 35mm had secured the best part of two million dollars, having hit three quarters of a million in just a day. In the end the campaign sold (or presold) nearly three thousand lenses, although even without crowdfunding, the 35mm would have been a very reliable business proposition for any company. In fact, more or less the only question is whether it might have made more sense to go for a longer focal length first – an 85mm, perhaps. Given the expanded horizontal field of view of anamorphics, the 50 already feels wide to anyone used to spherical, and a 35mm anamorphic, even at 1.33:1, will likely feel profoundly wide.

While Sirui is predictably coy about future plans, there’s presumably an intent to create a set, and so issues of matching and mechanical sizing are important. As to the imaging characteristics, and particularly the flares that engage everyone’s enthusiasm, the only meaningful test is a side-by-side with some charts (and a flashlight, because flares, natch). 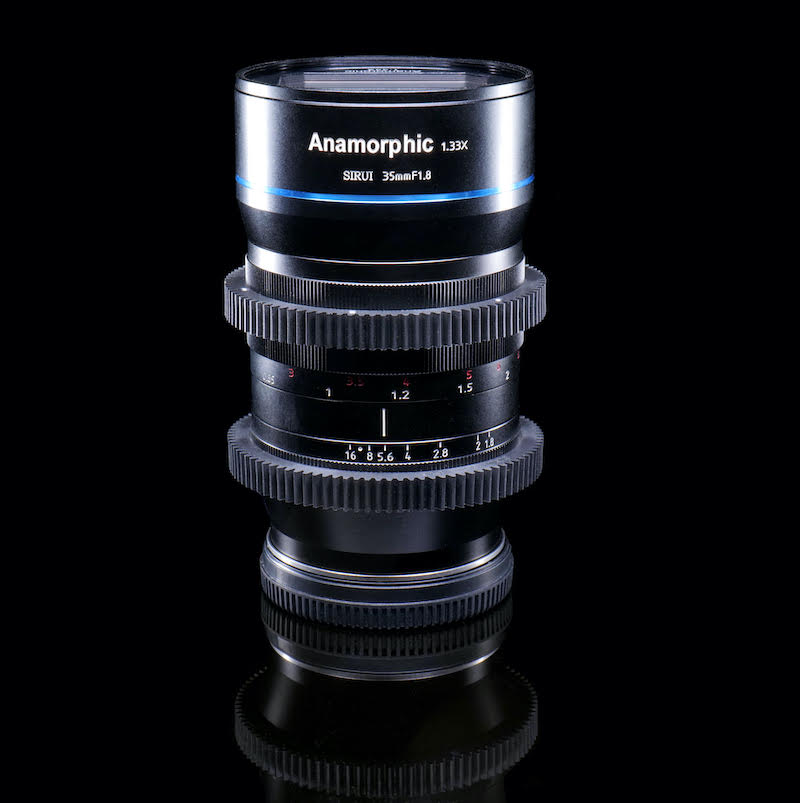 Still, it’ll be a while still before we can legitimately describe Sirui’s anamorphic range as a set; perhaps until there are at least, say, three. There seems no danger of any problem making that happen, though, given the huge support that the product has enjoyed to date. As we’ve said repeatedly, though, about the only issue with Sirui anamorphics is that they, like a lot of advanced modern lens designs, are only possible thanks to very shallow lens mounts that puts the glass close to the sensor. MTF’s cleverness aside, they’ll never be usable on cameras with PL or EF mounts, putting the onus firmly on camera manufacturers to build cameras that can handle the widest possible variety of lenses. If this sounds like an attempt to use a piece about a lens to soapbox about cameras, well, it is: the value of a camera is massively increased if it has a shallow mount.

The only other downside of such nice anamorphics in such a compact and affordable format is that when a previously rare thing becomes more available it’ll become less special. Let’s rest assured that on the day camera enthusiasts run out of gear to lust over, the devil will be ice-skating to work.

View a sample video taken with the lenses below.