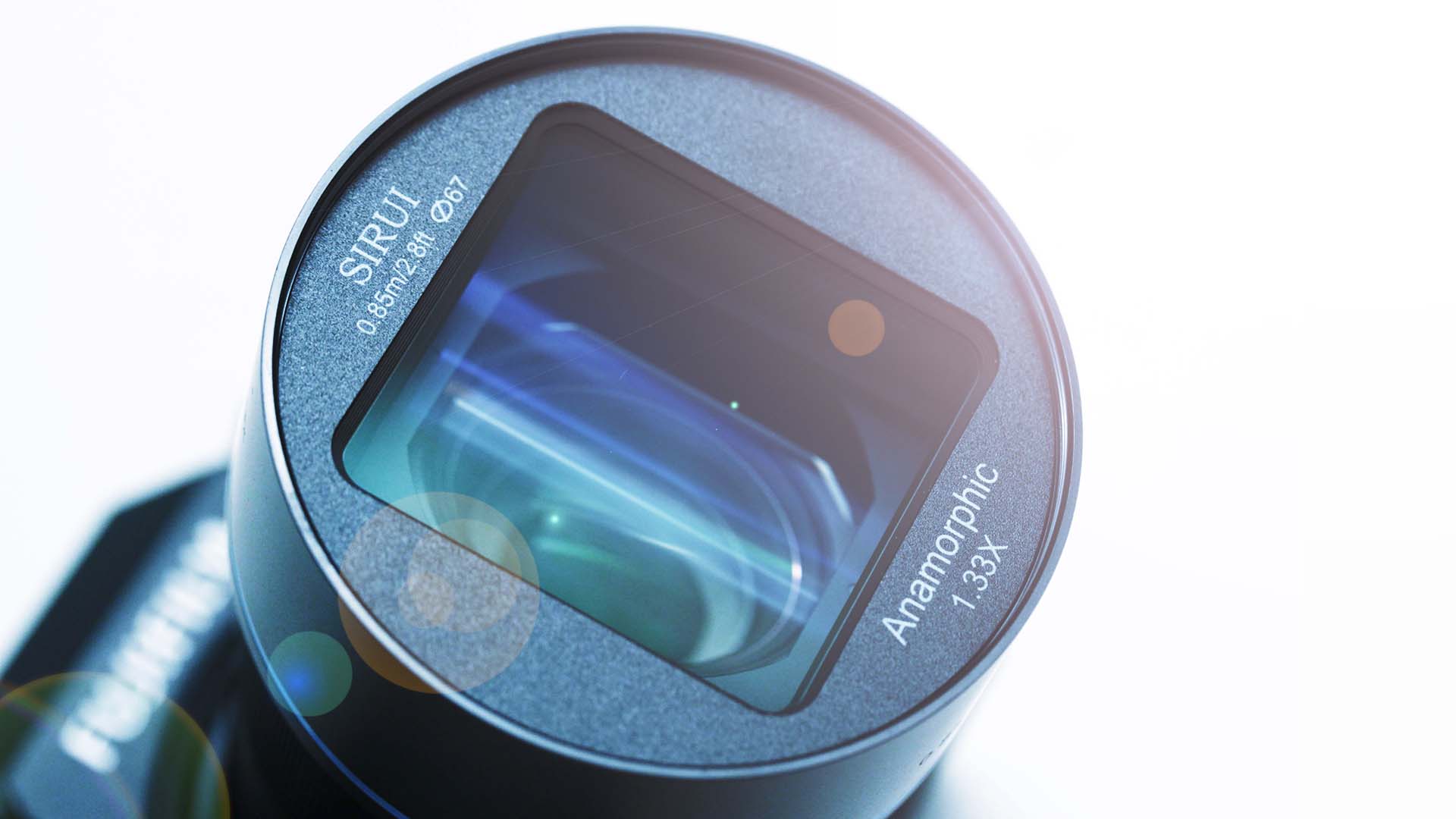 Anamorphic lenses are a hot topic right now. We review the Sirui 50mm anamorphic lens, a product that is only possible thanks to modern lens mounts.

So, lots of people want anamorphic, nobody wants to pay the prices demanded by the big names, and Sirui might have an answer: the 50mm f/1.8 1.33:1, supplied here by UK dealer MTF Services.

What people are often after with anamorphic is character, which is a weasel word. The things that people love about old lenses are often things that their designers would have preferred to avoid. There is a massive grey area between “characterful” and simply “bad,” especially below f/5.6 even on lenses that everyone claims to love, so there are issues of both technology and technique. As a result, a lens aiming to fulfil the current demand for anamorphic needs to approximate the classics while also looking good wide open. It also needs to be smaller and lighter than historic designs, and it needs to be far cheaper.

Does Sirui’s 50mm anamorphic do these things? 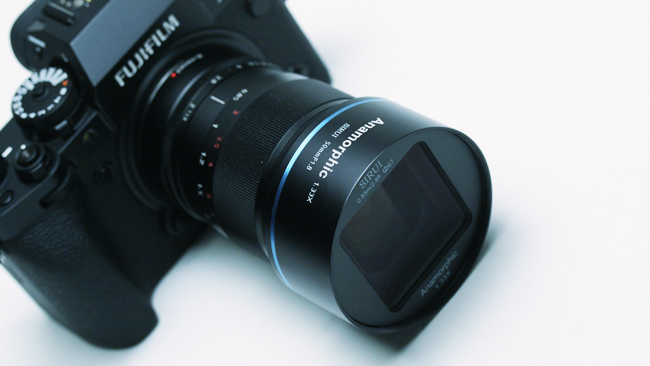 Immediate impressions are good. It’s streets ahead of the SLR Magic Anamorphot Cine range, though SLR Magic’s lenses are much more expensive than the far better Sirui. While it’s normal for anamorphics to be based in part on spherical designs, the Sirui 50mm is a feels well made. There’s no hint of the stack-of-adaptors design SLR Magic uses. The build is solid, focus and iris rings are nicely damped and free of play, and the front anamorphic element is retained behind a square window in the metalwork. That makes this a square-front anamorphic of sorts although there’s no obvious square cropping of soft highlights. The filter thread accommodates conventional 67mm-diameter accessories.

Anamorphic effects are nicely realised without being excessive. This is a 1.33:1 anamorphic suiting cameras with a 16:9 sensor, so the defocus effects will always be more subdued than those produced by 2:1 lenses designed for 4:3 frames. Some lenses have added an elliptical mask at the very back of the lens to provoke elliptical bokeh, but this is a dangerous game to play; it can interact strangely with the iris at wide apertures and blow the whole game. Happily Sirui have chosen to rely on the natural results of the 1.33:1 anamorphic. It’s more subtle, but it avoids looking fake. 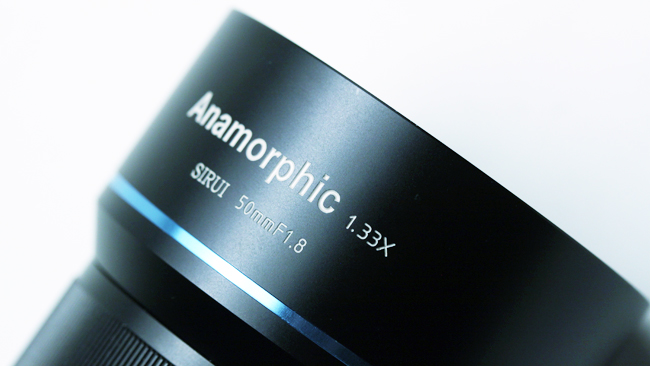 Watch out for the blue ring.

It looks like deliberate effort has been made to create blue flares. It’s easy to provoke flare with a (typically blue-rich) LED flashlight. Filtering that flashlight to yellow or red, even taking into account the resulting loss of output, doesn’t create such bold yellow or red flares. Flares are reasonably well-controlled and not generally over the top without deliberate effort. It’s enough to be noticeably pretty, not so much as to be distracting, but capable of some spectacular pyrotechnics if poked in the right way.

All the same, the first job of a lens is to focus an image onto the sensor, and there’s no point in all the anamorphic party tricks if it can’t do that well. One of the problems with anamorphics (of any type, at any price) is that the compromises can sometimes outweigh the advantages. Things that can be wrong with any lens tend to be amplified in anamorphics. Ideally, an anamorphic lens should be capable of producing an image that doesn’t look like it was shot on an anamorphic lens. 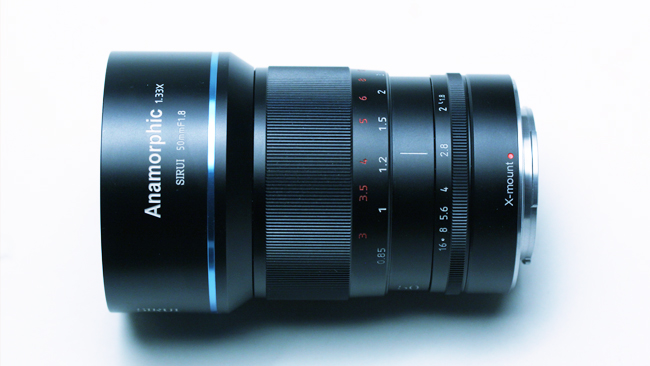 No gears. Focus and iris marks could be bolder.

The Sirui 50mm is capable of doing that; in fact, it’s pretty good for a sub-$1000 prime. It doesn’t completely fall apart wide open, and wide open on this lens is f/1.8. As ever, it’s best in the middle of the aperture range and there is an asymmetric character to the corner softness, but that’s arguably one of the things we’re here for. Minimum object distance is nearly three feet but close-up lenses up to +10 dioptres work fine (extension tubes don’t). The major oversight is a lack of focus and iris gears, though aftermarket rings could be slipped on from the rear. 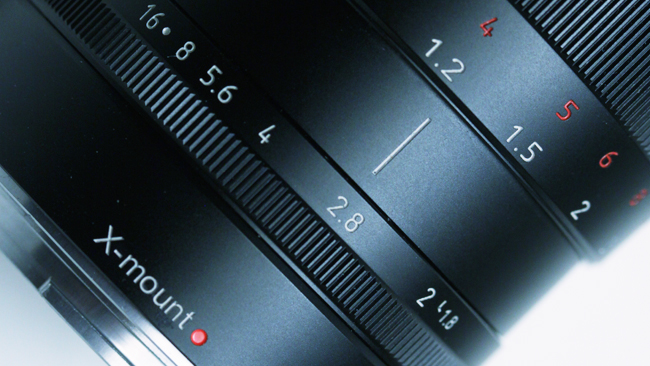 Also available in micro four-thirds and Sony E. The short flange focal distance is key to the existence of this lens at this price.

The lens is available in Sony E, micro four-thirds and Fujifilm’s X mount. The benefits of a very shallow mount are what makes this thing possible, to the crushing disappointment of Ursa Mini owners everywhere. This is why camera manufacturers are pushing towards shallower mounts. Modern cameras don’t need room for a mirror, and the shallower mounts make lens design so much easier that we can have the Sirui 50mm f/1.8 anamorphic for £635. That’s a keen price for a prime, let alone an anamorphic.

It’s not clear when or if we can expect shorter and longer versions. To be usable, the set needs at least a 28 and an 85, even considering a wider-than-average anamorphic field of view. Apparently, they’re selling like hot cakes already. Given some more focal lengths and a reliable set of aftermarket gears, that can only improve, and if this is an example of what short flange focal distances can make possible, the future looks bright.