Insta360 X3 review: How one of the most popular 360 cameras just keeps getting better (part one) 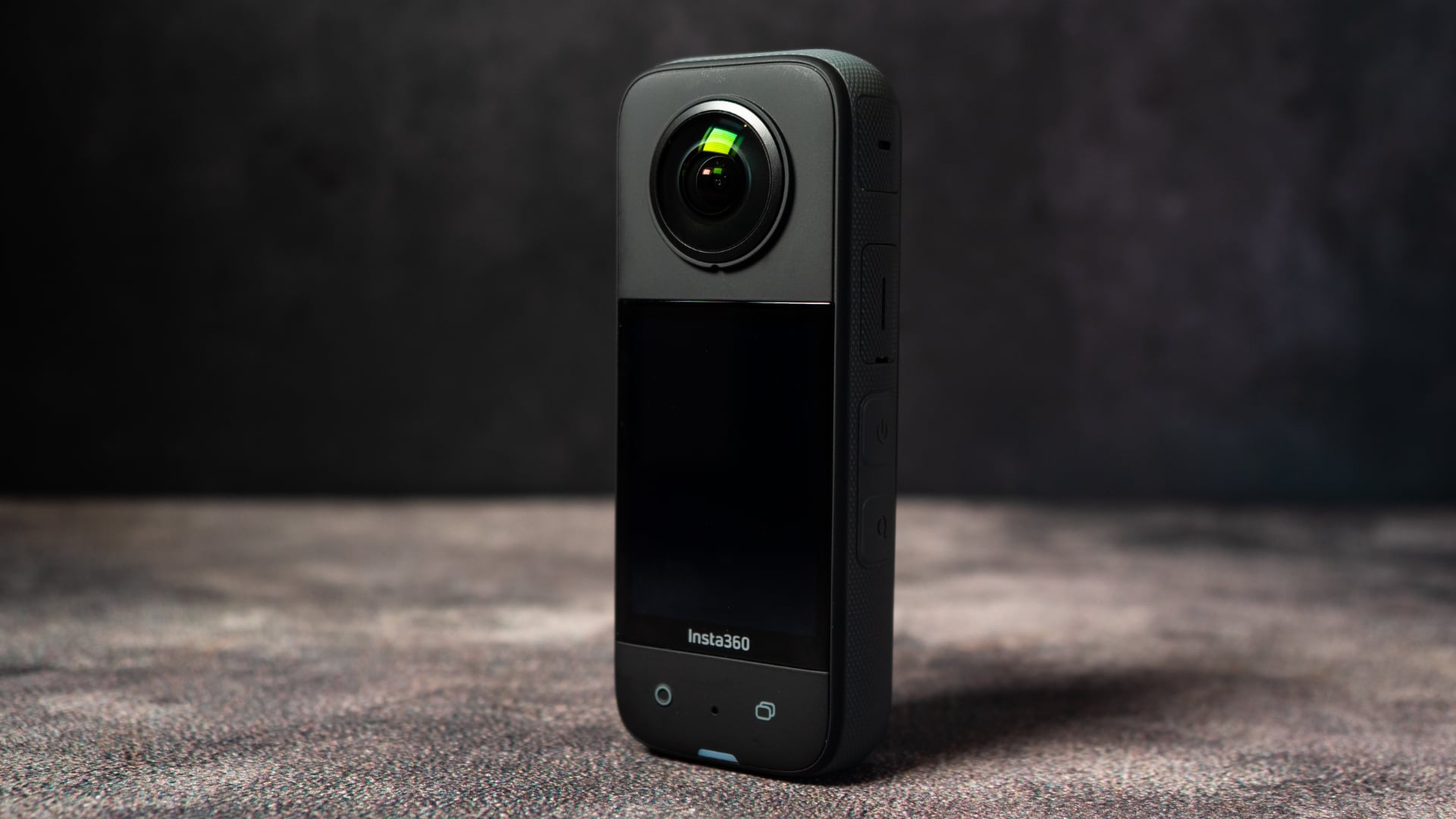 Insta360 has just announced the X3 – the latest release in its most popular camera line. With several significant new updates in both software and hardware, Josh Edwards gives his verdict on one of the leading 360 cameras to date.

Only founded in 2015, Insta360 has made a name for itself in the following seven years. Specialising in 360 action cameras, it has directly taken on renowned competitors such as GoPro and DJI. And the latest release, the Insta360 X3, looks to celebrate how far they’ve come and cement that pedigree.

The recent ONE RS 1-inch 360 modular model release was impressive but Insta360’s One X2 remains a popular choice – it’s the world’s no.1 best-selling action camera. Building on this, the X3 drops the “one” – an indication of the polished refinement the series has undergone here, with several updates to software and hardware.

There's a lot to unpack here, so we're splitting this review in two, with the real world testing (hiking, cycling, driving and swimming) available here.

While 360 video resolution remains the same at 5.7K 30fps, a combination of both cameras being upgraded to half-inch sensors and “Active HDR” promises a crisper, high-quality image with more details in shadows and highlights. There are a number of new and improved modes including a 4K 120fps “bullet mode'', “me mode” and an upgraded 4K 30fps single-lens mode, turning the X3 into a more traditional action-cam.

The camera also boasts the most megapixels ever in a 360 action camera to date (72MP) thanks to those larger sensors, as well as a much larger 2.29” touchscreen allowing for easier operation. Coming firmware updates will further enhance the camera with “pre-recording mode”. How many times have you missed something epic because your action cam wasn’t rolling? You won’t have to worry about that anymore.

Ready to go, straight out of the box 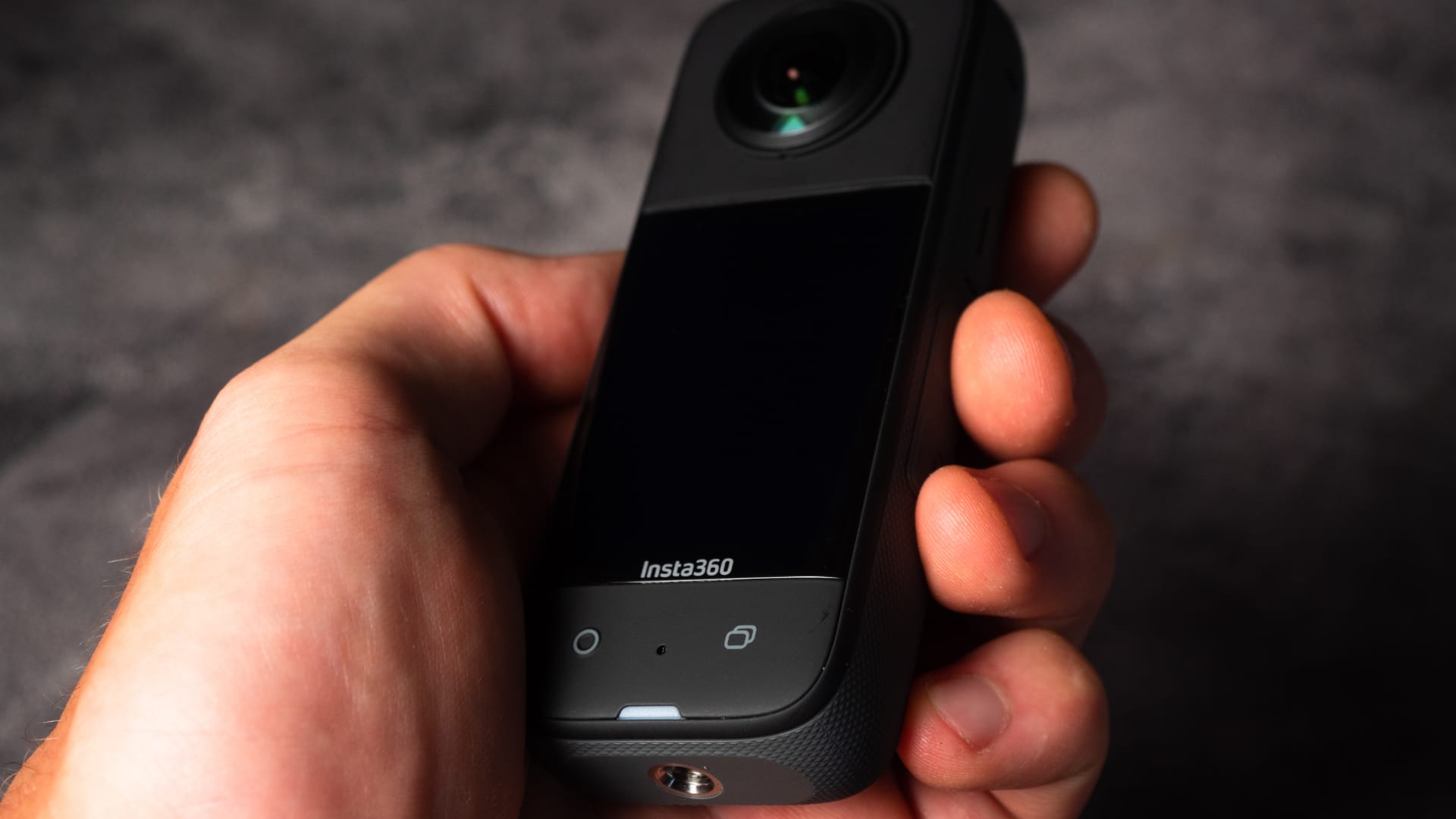 Straight out of the box, the X3 feels great to hold. Insta360 gas smartly opted to keep the textured, gray surround on the body, providing solid grip. It remains rugged and waterproof to 33ft (10m) and that’s comforting. At the risk of Insta360 designers wincing about how I treat their babies, I do tend to throw action cameras around. They get wet and dirty, they take knocks. That’s their job, and it’s comforting to know that the X3 is ready for that.

In terms of the build, weight and size it’s very similar to the One X2, but there are major, hard-to-miss refinements. The touchscreen has been upgraded to a more uniform 2.29” rectangle that dominates one side. Tempered glass offers peace of mind here, while two new buttons below assist in the all-round easier operation.

In terms of setup, it took just one second to select my language choice, a few more to cycle through the introductory prompts about what you can do with buttons and fingers (we’ll get into that next) and then, with my memory card slotted, I was good to go.

Getting to know the X3

Prepping the camera for filming is easy. Using the mic adapter and the Ulanzi PT-20 cold shoe, combined with the RØDE Wireless GO II mics is my go-to. You’ll need the Insta360 selfie stick too and it’s important to note that these are all sold separately. They’re vital to the overall usability of this camera.

In under a minute, I had the RØDE Wireless GO II receiver plugged in and screwed to the selfie stick together with the X3 itself. Easy.

When you turn it on (startup is a little sluggish but will probably improve with a firmware update on launch), the first thing I noted is just how easy it is to navigate the menus and change settings. The big screen update is much appreciated. With a simple swipe of my finger from left to right, I can cycle through different modes for both 360 and single lens shooting. 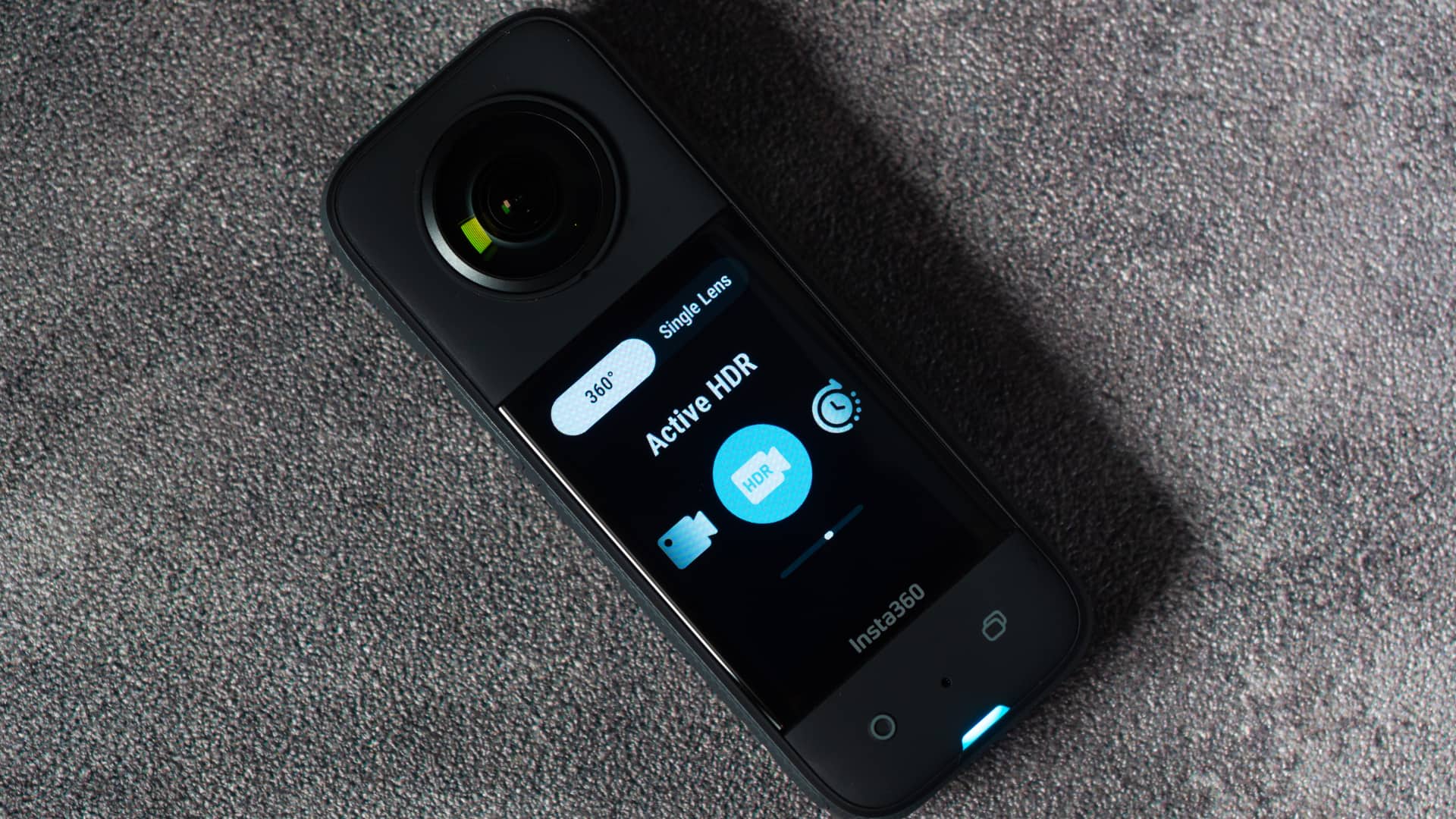 For 360 mode, you can choose from the following:

Meanwhile, if you slide your thumb/finger inwards from the right-hand screen edge, you’ll bring up menus to change different settings such as white balance. In standard Video mode, I can go fully manual and set the shutter speed and ISO. In Active HDR mode, I can only change the white balance.

On the other side of the screen, swiping inwards brings up your photos and footage. Additionally, swiping down from the top of the screen allows access to a variety of settings including toggling the sound on or off, locking the screen, screen brightness…you get the idea. This feels intuitive, like most mobile phones. There’s no doubt that the target audience of social media creators will feel right at home with this.

Read Insta360 X3 review: How one of the most popular action cameras just keeps getting better (part two) to see how it does out in the field (and the road and the sea) and our verdict. And it's probably not too much of a spoiler to reveal that it does rather well indeed.