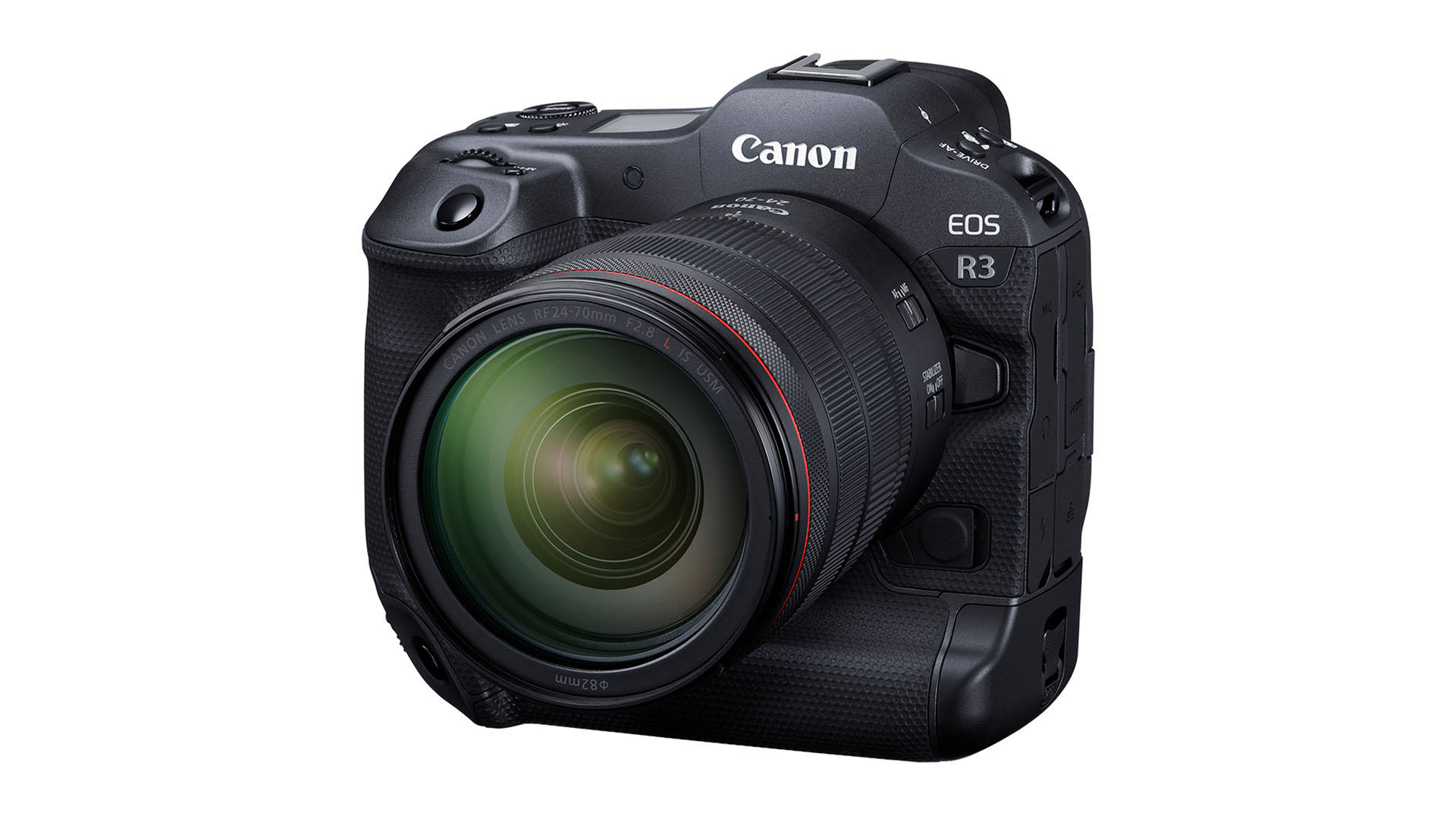 For decades, Canon has numbered its cameras in inverse proportion to their capability – as the model number falls, the specification rises. That’s been the case with the 24-megapixel EOS R6 and the 45-megapixel R5, but something’s about to change that might make us rethink how we compare cameras in the first place.

The upcoming EOS R3 is intended to sell for a hair under US$6000, making it almost exactly one and a half times the price of the already-spendy $3900 EOS R5. Perhaps surprisingly, the R3 has a lower-resolution, 24.1-megapixel sensor, although it seems to have allowed ISO ratings to go a stop higher. It also shoots a little faster than the R5, maintaining 30 frames per second (and this is stills shooting, remember) with the electronic shutter; impose a real mechanical shutter, and it’ll shoot stills at 12 frames a second.

Yes, we can now shoot regular, full-motion videos as a series of raw image files. 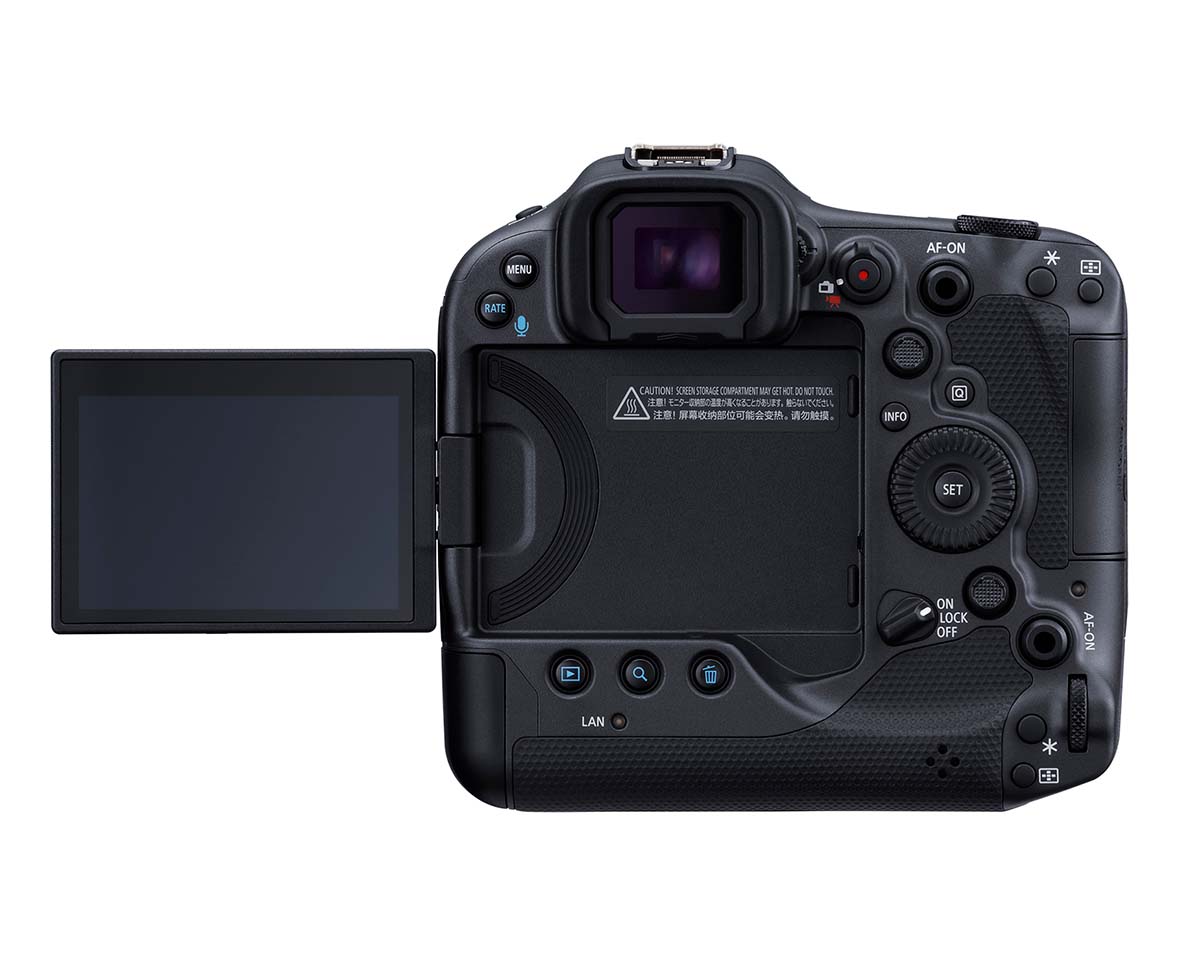 The EOS R5 will also shoot 8K raw video internally. The lower resolution sensor means that the R3 won’t quite do that – we’re limited, if limited is the right word, to a not-at-all-measly 6K at 60 frames a second. From a full-frame sensor, this has every chance of looking wonderful. Non-raw pictures can be recorded in Canon Log 3, with Rec. 2020 colour; exactly how much of Rec. 2020 the sensor itself is capable of imaging is another matter, but it’s got ample space to work in.

The specification recalls the Panasonic S1H, which, with its shallow lens mount and 6K-wide sensor, has a lot in common with the R3, and it’ll be interesting to see how the two compare. The R3, remember, has internal raw, whereas the S1H does not, though Panasonic’s camera can record externally to an Atomos device. The gentler compression of a better external recorder is hard to turn down, especially given the common need for a decent onboard monitor in any case. Presumably, the external recorder option will migrate up from the EOS R5 at some point. 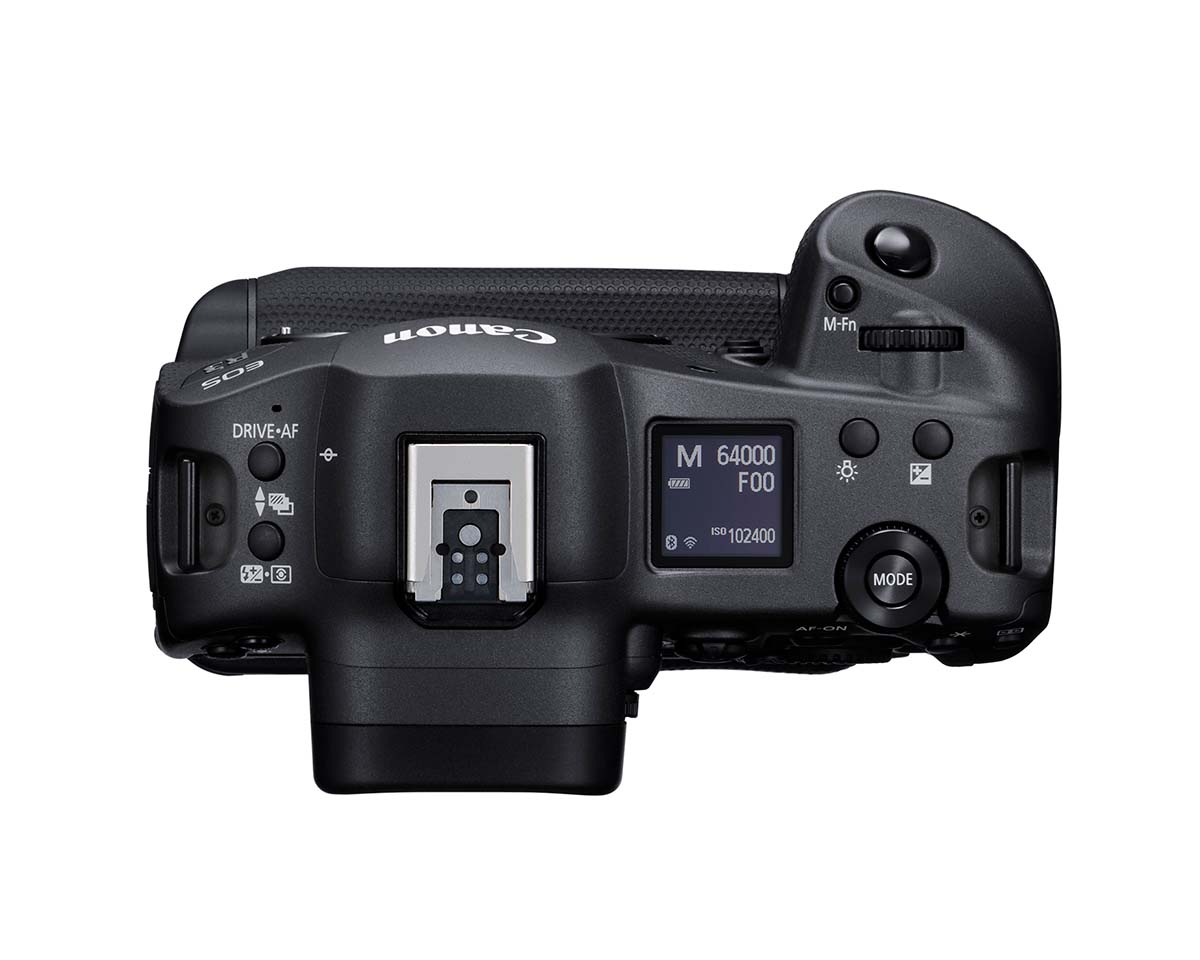 As a stills device, the R3 should be formidable, with Canon’s excellent dual-pixel autofocus, something we increasingly watch do a good job of tracking tricky focus targets for motion picture work. There’s five-axis in-body stabilisation, an entirely metal shell that should be tougher than the mixed materials on the R5, and, like all RF-mount cameras, it can trivially use either RF or EF lenses via simple adaptation. We might assume it’ll run those lenses at the absolute peak of their capability, certainly better than some third-party implementations of Canon’s lens protocol on other cameras. RF is also a shallow mount that creates broad compatibility, and lenses made for it ought to have the performance edge over those made for deeper mounts. 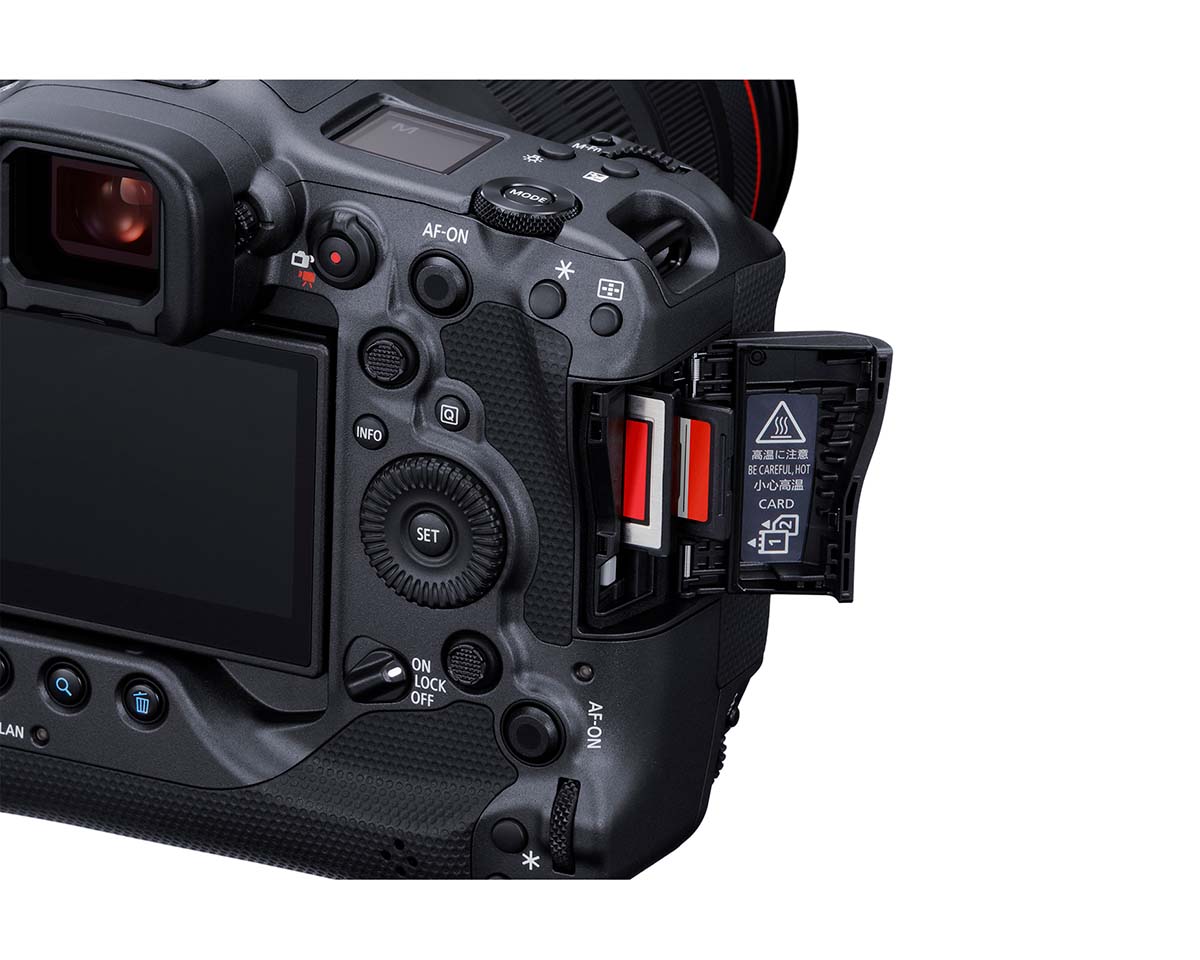 Canon has announced two new RF lenses, including a very wide-angle 16mm f/2.8 (US$299) and a 100-400mm f/5.6-8 zoom ($649). The relatively large maximum aperture on the 16mm owes itself, almost certainly, to the short flange focal distance on the RF mount; this is precisely the sort of thing it makes possible. Canon describes the STM focus drive in the 16mm as “for smooth focusing when recording video,” which is an issue some manufacturers have somewhat overlooked. As a result, some competing cameras have shown rather twitchy focus behaviour that the new 16mm should avoid. The long zoom is a USM lens, which might trade a degree of smoothness for speed; it’ll be interesting to see how pretty either of them looks when following a target. 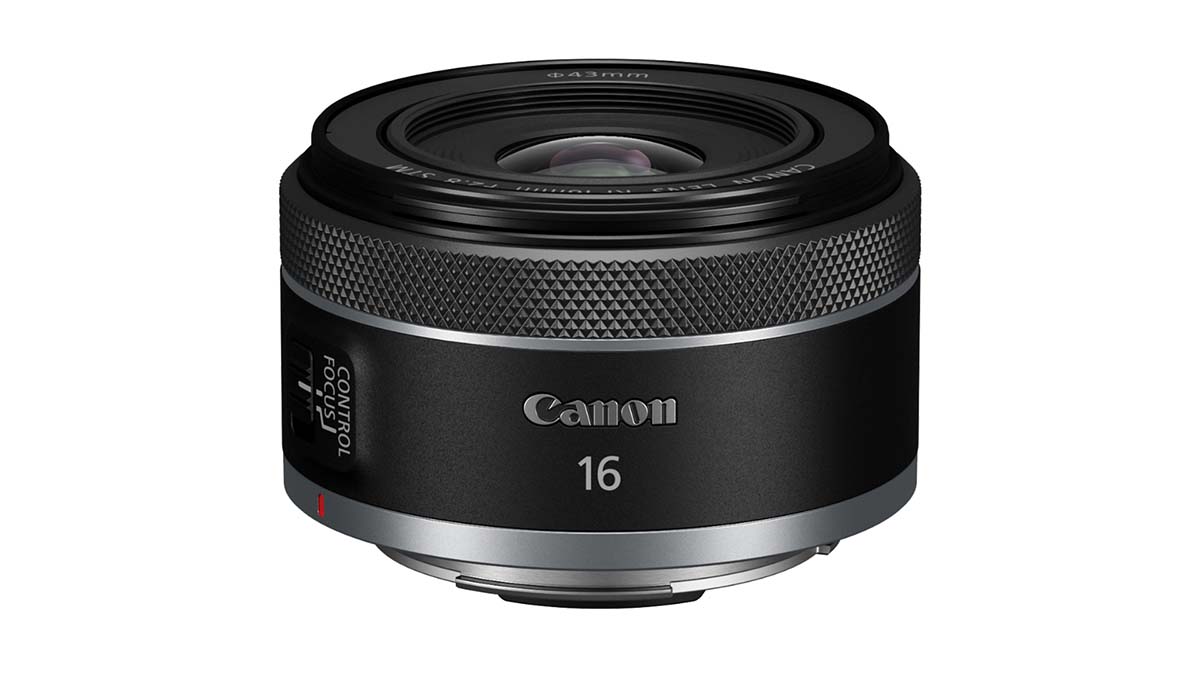 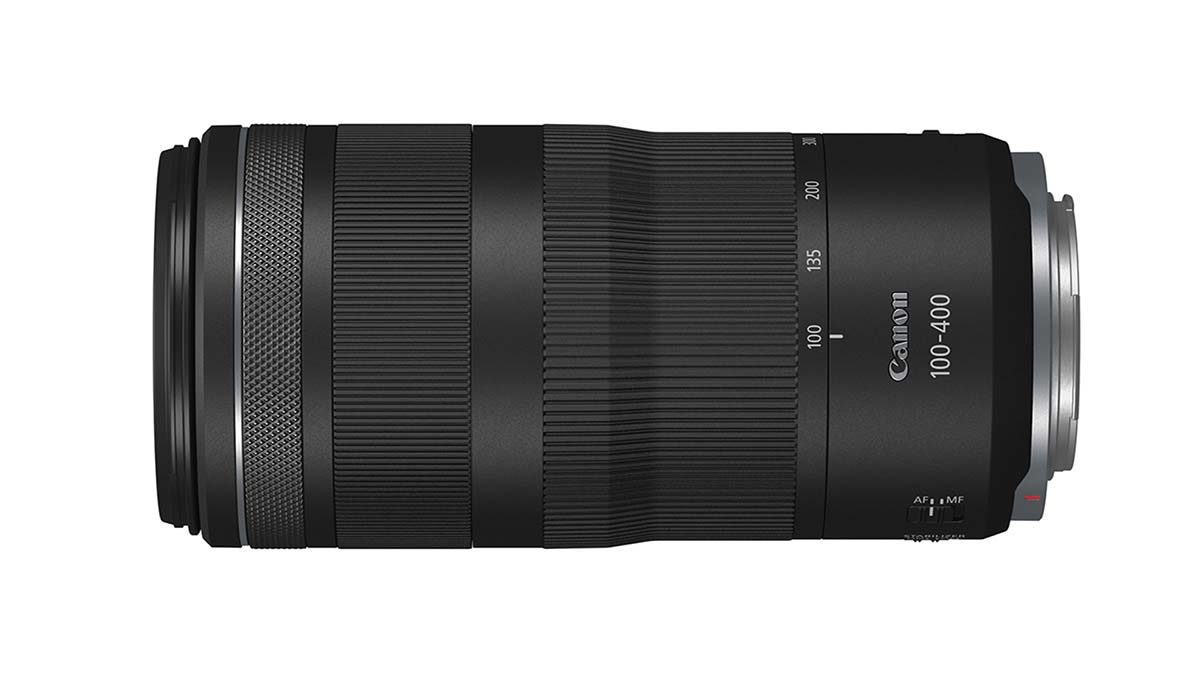 Six thousand dollars is a lot of money for a stills camera, and this probably isn’t the sort of thing that an enthusiastic student will buy solely as a motion picture device. On the other hand, the lower resolution – at least, the comparatively low resolution - as if there’s anything low-res about 24 megapixels – will cause people to pixel-peep the images to see where the advantage emerges. Overall, as the model numbers get closer to one, it becomes more and more interesting to speculate on what might be coming next. Canon’s press release mentions the “world-renowned Canon flagship EOS-1D X line.” One day, then, we might expect to see a Canon R1. It’s hard to see where they can push the spec any further, but it’ll be fun finding out.