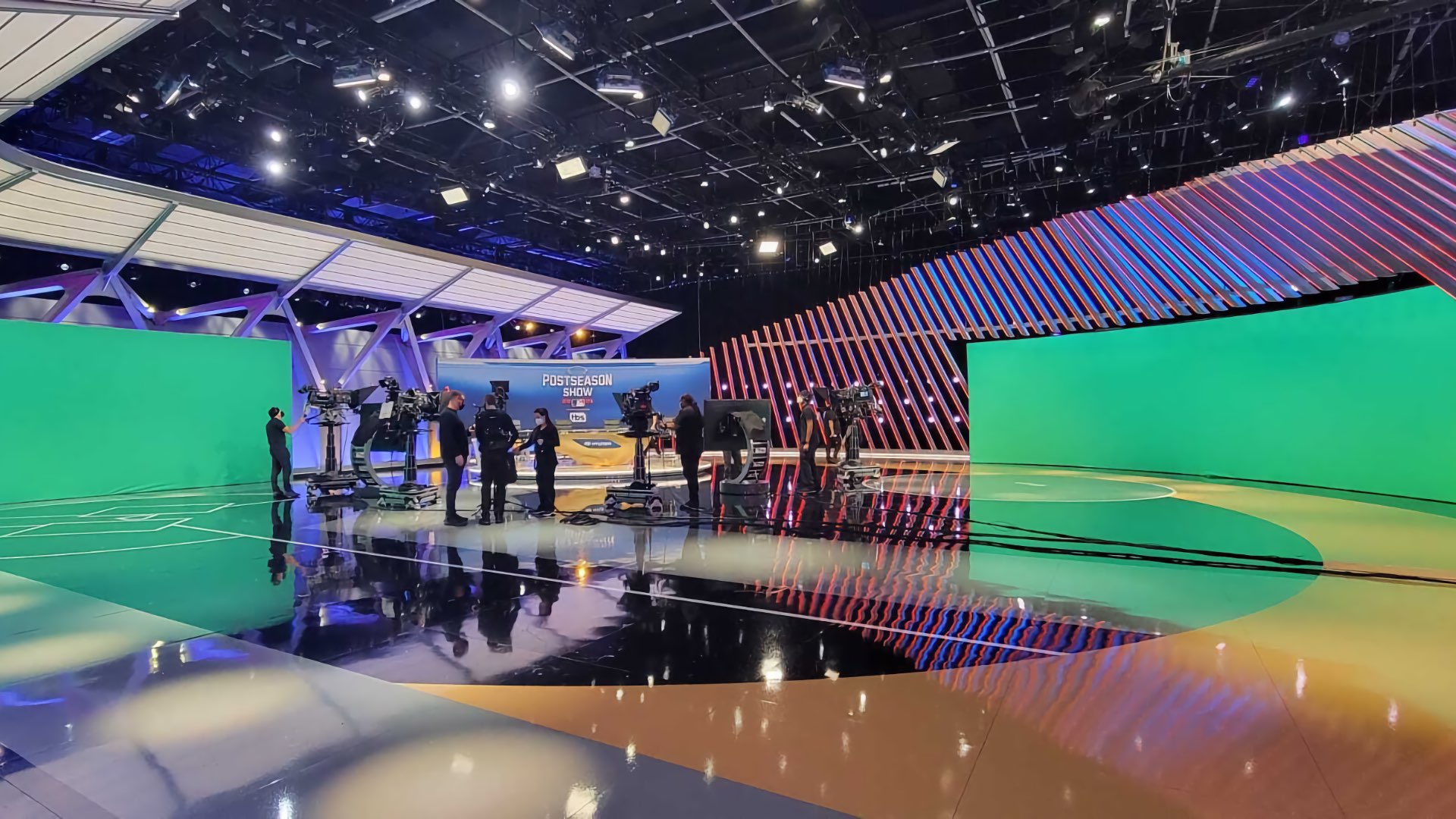 3 minute read
When it all goes smoothly. Pic: Warner Media

Virtual Production can be incredible when done correctly. M. Ulaş Kaçmaz, Founder of Zero Density, lists ten critical problems you should be on the look out for to make sure it is.

After years of experience helping clients like the BBC build graphics into their pipelines, I’ve seen just how impressive virtual productions can be.

From teleporting football players into a live studio halfway across the world, to putting a presenter on the surface of Mars, virtual production can help audiences visualize just about anything you can imagine. But, just like any other groundbreaking technology, it can also be easy to get wrong.

That’s why I decided to put together the top ten list below. Read on to discover the biggest mistakes you’ll see on a virtual production set, and how to fix them.

Cycloramas should be built with round corners and coves to give your green screen an infinite look. If they do not have round corners and coves, there will be a visible black line on the camera where the two walls converge. Then you’ll need to clamp the key, which results in losing important details in shadows.

When broadcasters employ LEDs or videowalls on the floor in order to have a cube XR production, they often forget that the light source coming from the floor makes the talent’s shadows disappear. The end result? The talent will look like they are floating. A simple fix to this common mistake is to put a carpet or other physical material on the floor.

Depending on the pixel pitch, field of view, and resolution of the broadcast camera you’re using, an LED-based virtual production set may result in moire at some level. Always be sure to test your setup extensively first and experiment to avoid this.

As well as moire, LEDs can also cause color uniformity issues when the camera angle shifts. To avoid these changes in color, try to ensure cameras are pointing in the direction of the LED panels as much as possible. Avoid filming the LED panels from numerous different angles and make sure you pay attention to the pixel design of the LEDs you want to purchase.

When using a green screen, the color of the paint is hugely important. If the paint is too bright, it can cause a lot of green spill to appear on your subject in the final shot. This spill - as well as all the post-production work needed to fix it - can easily be avoided by using less bright paint.

In augmented reality productions, the blending of the virtual and real can often be improved. Match the virtual shadows with the physical lights and ensure that your reflective objects always reflect the entire environment. These two fixes will help make your graphics look more real and blend seamlessly with the studio.

Another common mistake involves tracking delay. This is when your virtual object or environment glides or glitches whenever your broadcast camera moves too fast. To avoid this, make sure to use the correct delay settings.

One of the biggest fears many working with virtual studios have is dropped frames. These are very common but luckily are also very easy to avoid. To avoid dropped frames, make sure that your 3D scene assets can be rendered from all production angles. If you are sending data to your studio, make sure this works well and does not block the engine. Know the limits of your render performance and always take the time to test and optimize your assets.

As in every production, there is always a sense of urgency on virtual studio sets. People think getting the 3D virtual assets up and running is fast, but they should be reminded that there is a serious creation, optimization and testing process behind every element of the shoot. Try to take your time to test your setup first, and the broadcast will be far simpler after.

On many virtual productions, it can become easy to use lighting in a way that makes your shadows disappear. Because of older chroma keying technology limitations, people used to believe they should avoid shadows entirely when using a green screen cyclorama. This couldn’t be more wrong: It will result in a composite without shadows, which looks fake in the final output. Use a newer technology keyer and match your lighting with your virtual environment.