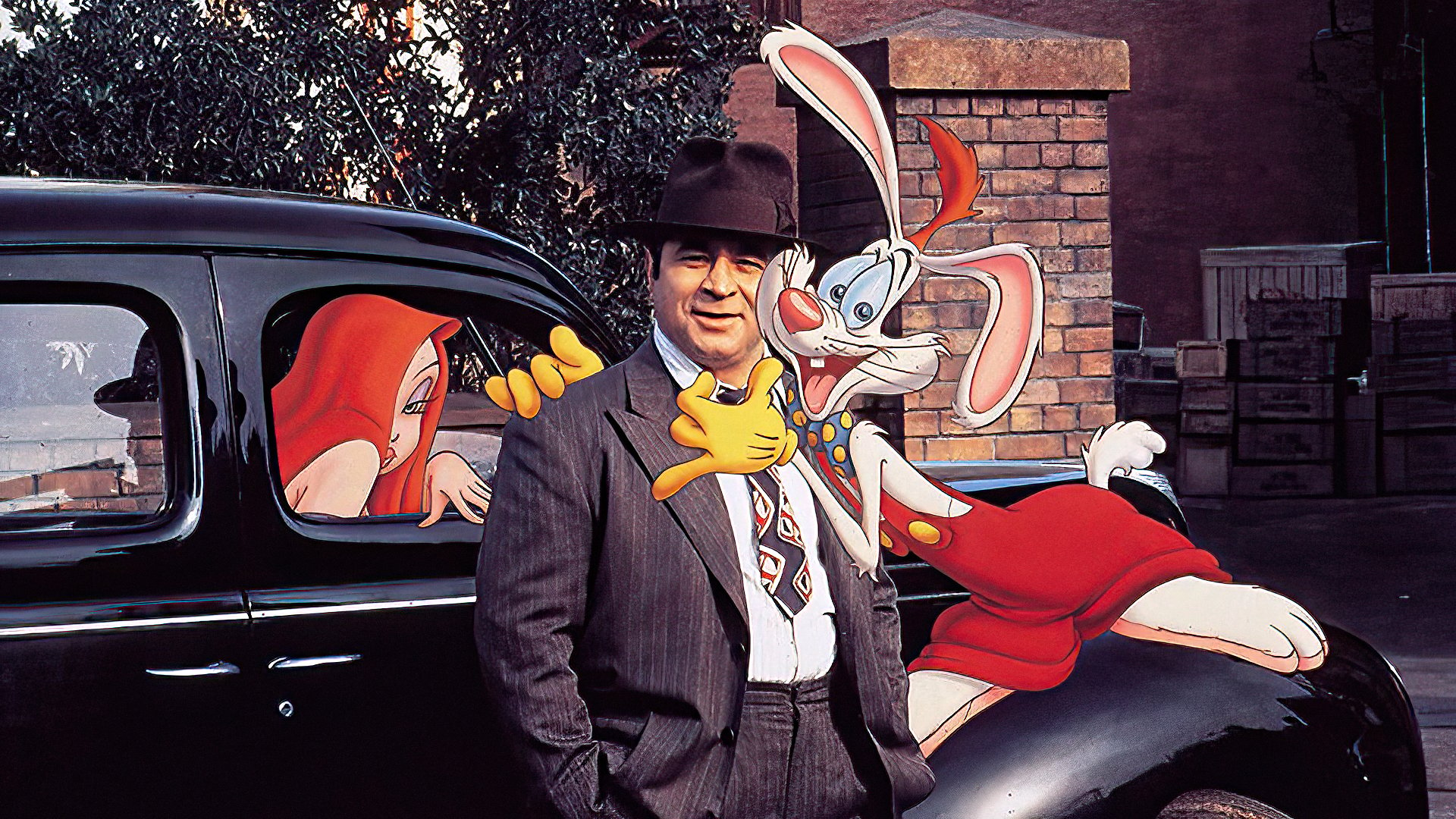 With the recent release of Tom and Jerry and the upcoming release of Space Jam: A New Legacy, it’s clear that there’s an appetite for traditional cartoon characters in live-action movies. While this mash-up of techniques goes back at least as far as 1964’s Mary Poppins, perhaps no film has done it quite as well as Who Framed Roger Rabbit.

The 1988 movie was loosely based on a Gary K. Wolf novel published seven years earlier, Who Censored Roger Rabbit? However, most of the plot was jettisoned, keeping only the central characters: Eddie Valiant, a private detective; his client, the titular Roger Rabbit; Roger’s wife and femme fatale Jessica; and Roger’s colleague, the libidinous, cigar-smoking Baby Herman.

The original villain, a genie of the lamp, was replaced in early script drafts by the hunter who killed Bambi’s mother in the 1942 Disney classic, and finally by Christopher Lloyd’s pop-eyed Judge Doom.

Ditching the contemporary setting of its source material, Who Framed Roger Rabbit? takes place in Hollywood, 1947, where cartoon characters (“toons”) co-exist with humans. Bob Hoskins plays the toon-hating Valiant, who reluctantly teams up with Roger after the latter is implicated in the murder of Marvin Acme. The unlikely pair’s investigations lead them to Toontown, where they uncover a conspiracy to demolish this animated region and build a freeway in its place.

Robert Zemeckis pitched to direct Roger Rabbit in 1982, but his films’ poor box office up to that point put him out of the running. Terry Gilliam was in the frame for a time, while the likes of Harrison Ford, Chevvy Chase and Bill Murray were considered for the lead. Spielberg’s Amblin Entertainment joined the project in 1985, but the projected budget of $50 million was deemed too big to green-light.

Meanwhile, Zemeckis’ Back to the Future made him far more bankable with the result that he signed on to direct Roger Rabbit that same year, albeit with a reduced budget of $30 million. Ironically, the film would go over schedule and wind up costing just over its original price tag. 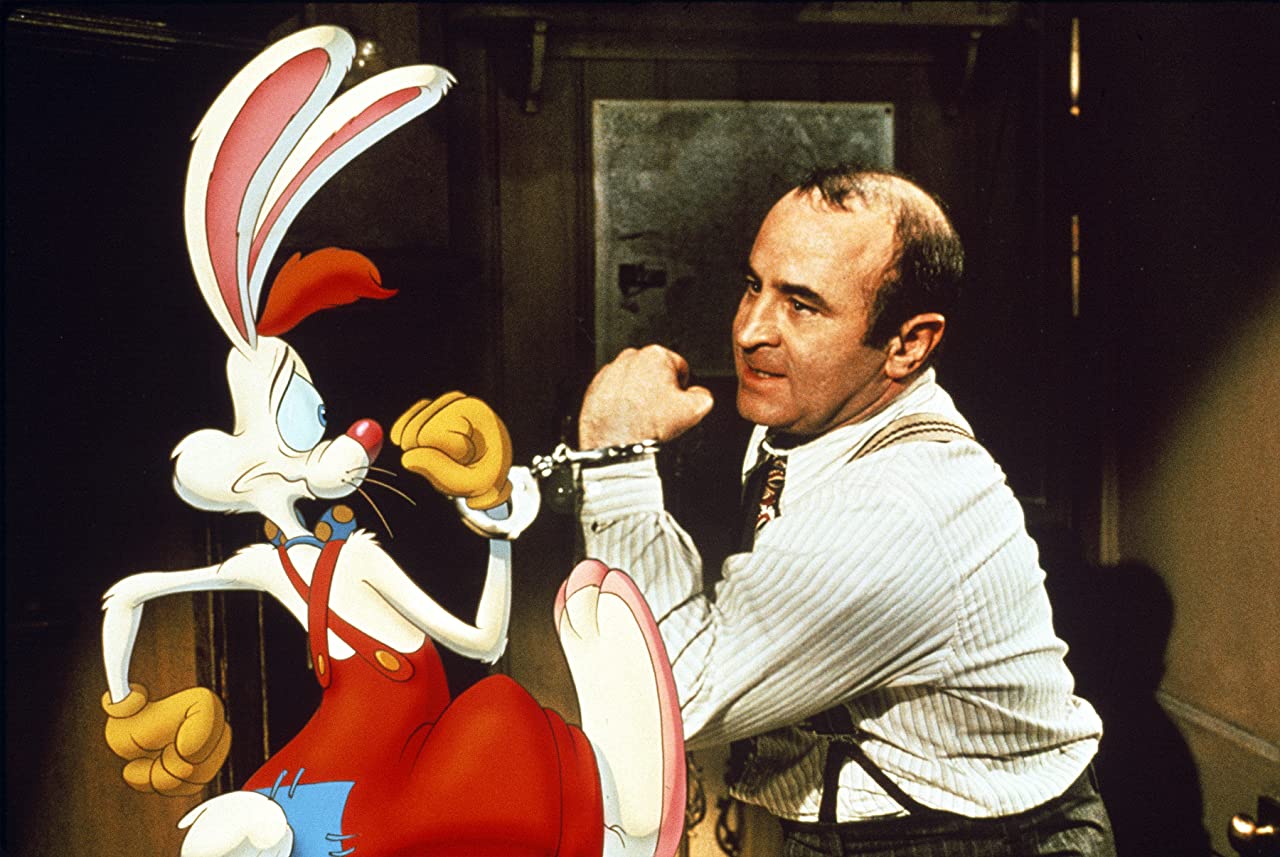 The animation was directed by Richard Williams, otherwise best known for his title sequences for the Pink Panther films. Williams refused to work in LA, forcing the production to shoot primarily in England. While Williams and his 326-strong team set up in Camden Town, Zemeckis and company filmed the interiors at Elstree, with warehouses and bus depots in Shepherd’s Bush standing in for exteriors of Hollywood studios and backlots.

Some of the sets, including the Ink & Paint Club where Jessica is memorably introduced, were raised 10ft off the floor to accommodate puppeteers. Although no puppets are seen in the finished film, whenever a toon had to hold a real object it was either mounted on a rod coming up through the floor, marionetted on wires from above, or manipulated by a robotic arm.

Rehearsals were conducted using a dummy of Roger, or with voice artist Charles Fleischer –bedecked in a rabbit suit – standing in. Hoskins even studied his three-year-old daughter’s antics with an imaginary friend to prepare for the challenge of acting to nothing.

Creating the film’s 55 minutes of animation took two years. The live action footage was printed as a series of enlarged black-and-white frames over which a cel (sheet of transparent acetate) could be placed for the animator to draw on. 82,080 frames were generated in this way, every single one by hand.

To better blend the animated characters with the live backgrounds, Industrial Light and Magic composited layers of shading and shadows. The sparkling sequins on Jessica’s dress were achieved by shining a light through a plastic bag which had holes scratched in it.

The finished film attracted a degree of controversy, not least from the top brass at Disney. It’s easy to see why the family-friendly company would object to the over-sexualisation of Jessica, or to Valiant’s constant drinking and even bumming a cigarette off children at one point. But Zemeckis’ deal gave him final cut, so the compromise was to release the unaltered film under Disney’s Touchstone label.

The result was the second highest grossing film of 1988 and critical acclaim, with an impressive 97% on Rotten Tomatoes and four Academy Awards.