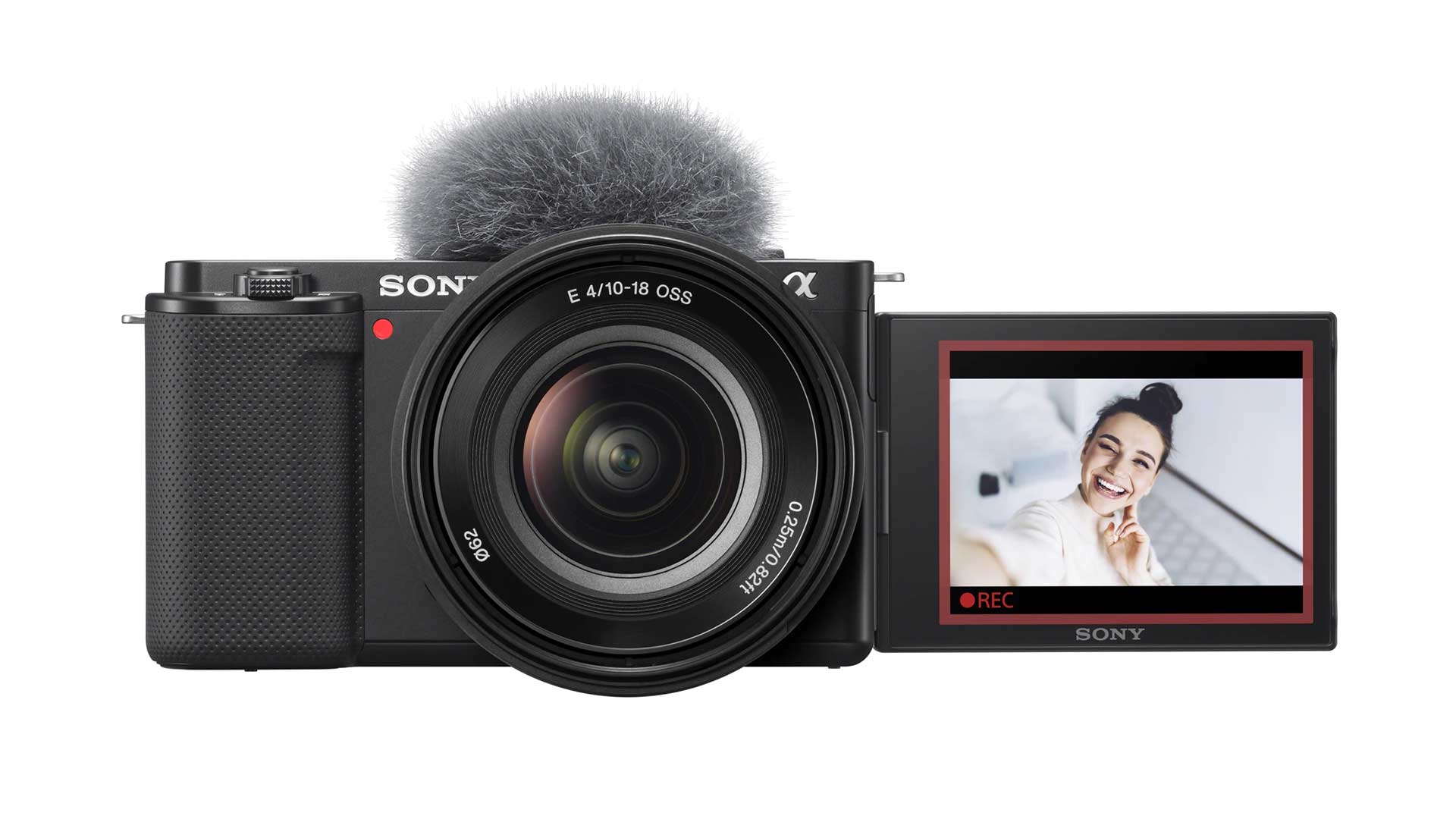 Sony has announced its second camera targeted at Vloggers. The ZV-E10 joins its ZV-1, adding interchangeable lenses to the feature set. We look at the features and the ZV-E10 specs.

Sony shared some statistics with us at a pre-announcement press briefing which noted that among US purchasers, increasing percentages of camera buyers during Covid-19 were looking for devices that shot video for vlogging or livestreaming with a whole new market segment of young content creators looking for cameras with these features.

The ZV-E10 builds upon the ZV-1 to elevate users’ creative potential with first and foremost interchangeable lenses. The camera will be offered both as a body as well as with an optional 16-50mm kit lens with the ability to accept any E mount Sony or third party lens. Vloggers, streamers and content creators thus have complete access to all of the optical tools available to higher end cameras with the ability to choose focal lengths and field of view appropriate to their shooting requirements.

As we have been seeing with Sony for some time now, ZV-E10 leverages technologies found across newer Sony cameras. Image Stabilization is one such example, which becomes even more crucial in a small camera designed for on-the-go shooting. Additionally, the APS-C sensor allows for greater imaging area and more shallow DOF when needed.

There are 4 key areas of the camera that Sony highlighted to us.

The large sensor and interchangeable lenses widens varieties of compositions. Autofocus features including tracking and EyeAF allows users to concentrate on content and composition.

Audio quality is enhanced through a directional 3-capsule microphone with windscreen and wind-attenuating settings. It has the MI shoe which can support Sony’s line of digital audio hardware. And it has a headphone jack as well as mic jack.

As a Vlogging camera, the LCD screen adjusts to numerous variable angles and the camera can easily be controlled through an optional Bluetooth handle with thumb-operated controls for most camera functions. Its one button operation controls a number different operations. Among these are recognition of face as exposure area (since so much of Vlogging is selfie-style) and a “product view” which effectively becomes a rack focus. Let’s say our Vlogger is walking and highlighting a product. All they need to do is hold the product closer to the lens and the camera will focus on it. Or another button for “background defocus”, effectively a wider aperture for more shallow DOF. 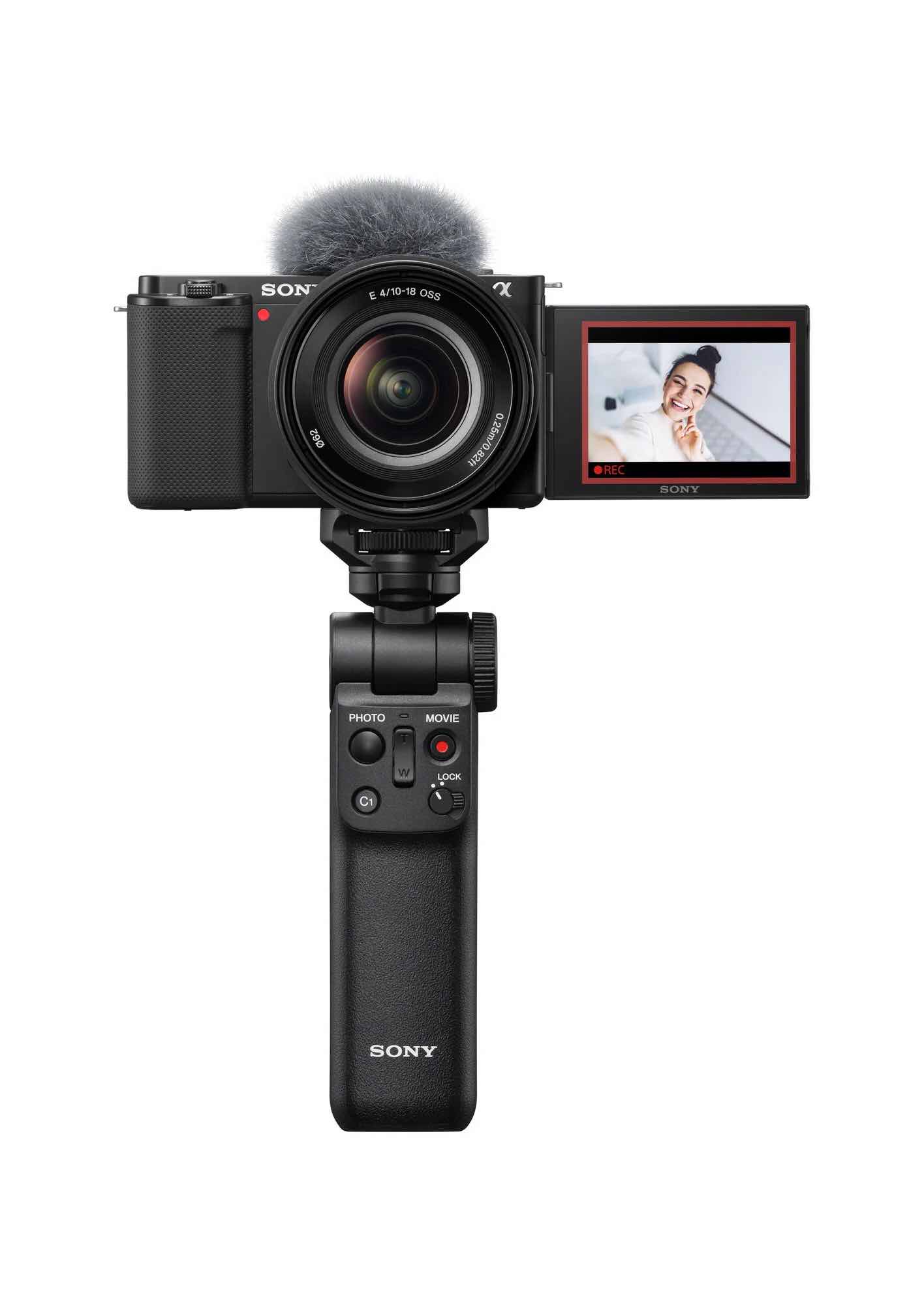 Its image stabilization rivals higher end Sony cameras with both electronic as well as metadata (in Catalyst Browse) stabilization.

The next significant area is its connectivity. The camera supports the new UVC/UAC USB connectivity protocol, which allows livestreaming without a webcam app. It can connect directly to a Windows or Mac based machine and an application such as OBS can recognize the camera input to connect directly to whatever streaming platform the content creator uses. It can connect via USB to supported Android devices as well for streaming directly through the phone. Sony, of course, illustrated this through its Android-based Experia phones.

Other significant features include S&Q Motion, interval shooting, and 120fps shooting. In camera effects include a soft skin effect and skin tone enhancement.