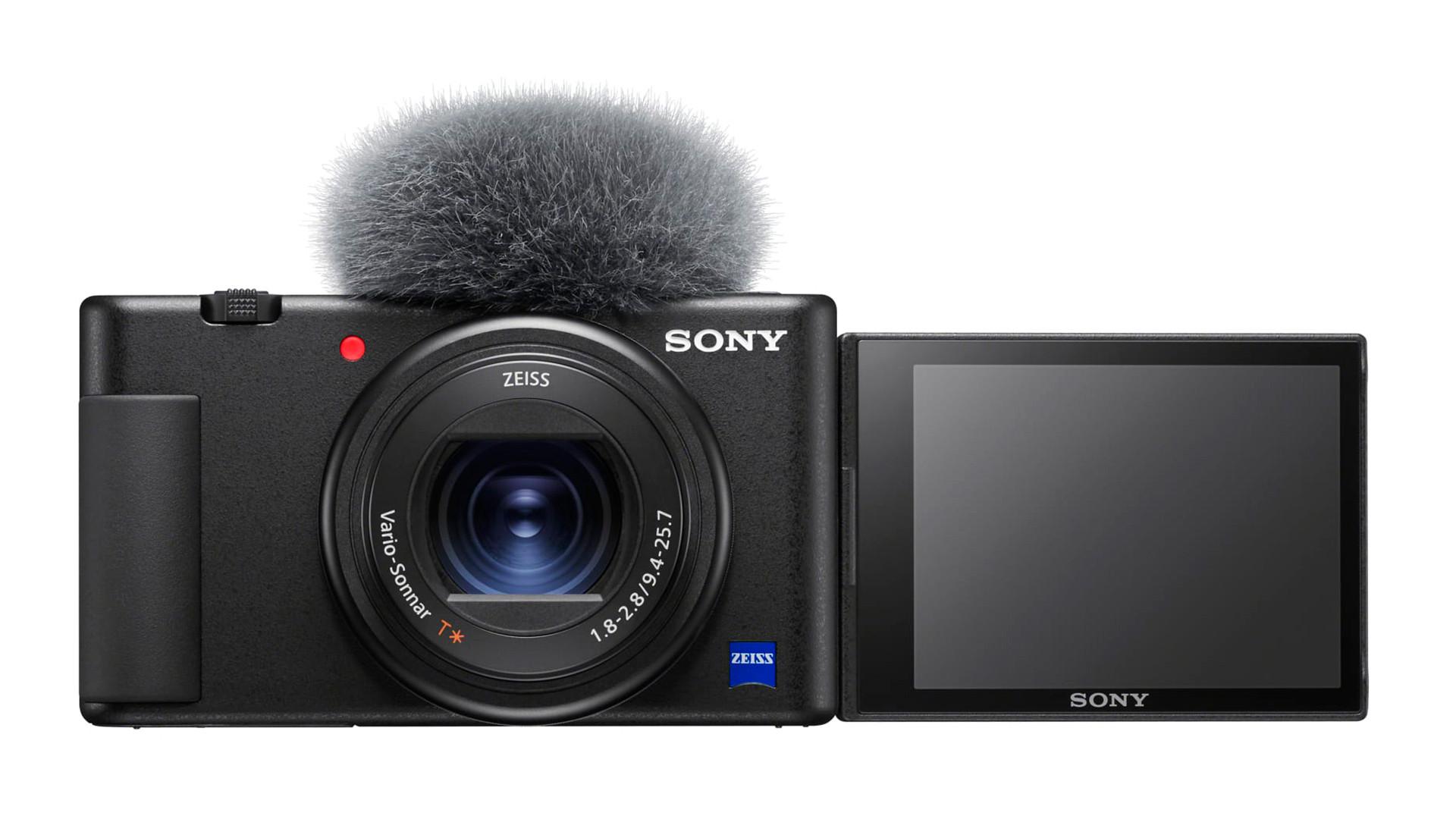 Some of you out there might claim that a Vlogging camera isn't new. However Sony's newly announced ZV-1 isn't just a camera that has a few Vlog friendly features. Instead it has been designed from the ground up to be used for this purpose.

Outwardly the ZV-1 doesn't look anything unusual. Its external design is, shall we say, minimalist. But it would seem that what's on the inside is what counts.

Sony has taken the needs and requirements of Vloggers and encapsulated them in a camera body that, on paper at least, should make such operation very easy.

Yann Salmon Legagneur, Director of Product Marketing, Digital Imaging, Sony Europe said, “This camera is the result of direct feedback from our extended community who do not want to compromise with hybrid products, so we have designed this new model for those who put content creation first. It features an innovative design and introduces many new technologies, settings and modes that allow creators to make content in ways they have never been able to before. The ZV-1 aims to let the subject shine in any environment. Every single feature is optimised for any type of creator’s daily vlogging.” 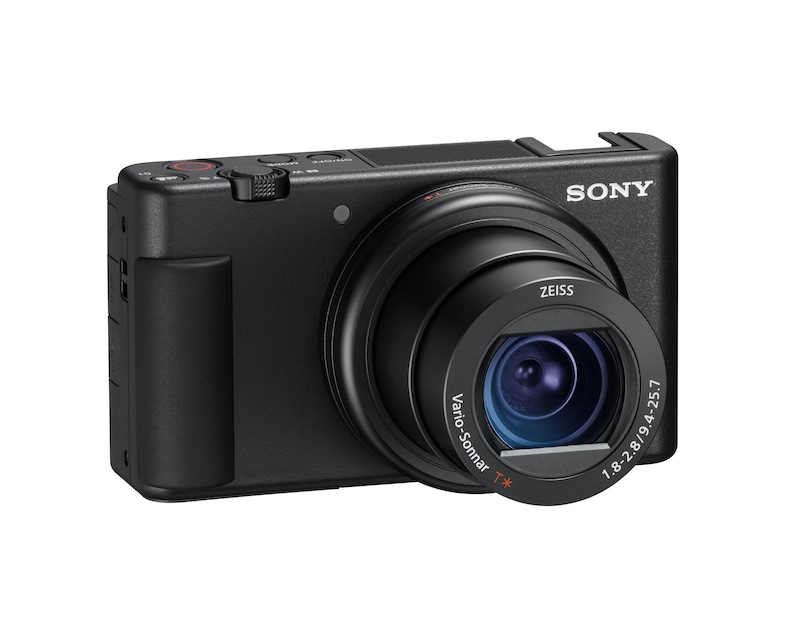 Main features of the Sony ZV-1

The camera uses a 1" stacked CMOS sensor with DRAM chip and a built in Zeiss Vario-Sonnar 24-70mm f/1.8-f/2.8 lens. Sony's well regarded autofocus technology is included along with in-body stabilisation and the latest generation of BIOZ X image processor.

It can record 4K video with full pixel readout and no pixel binning to the XAVC S codec. Hybrid Log Gamma mode is included, alongside S-Gamut3.Cine / S-Log3, and S-Gamut3 / S-Log3. Slow motion is possible at up to 1000fps. This is no doubt at greatly reduced resolution, however as we have seen from existing Sony cameras this mode is still incredibly usable.

Sony says this is the first camera it has made with a side-opening Vari-angle touch screen, which has been designed with selfie shooting in mind.

The ZV-1 features two modes of "Background Bokeh". Users can select how much background blur they want without losing focus on the main subject. This isn't buried in a menu, either. It's actually an easily accessible switch on the top of the camera body.

What isn't clear from the press release is whether this is some sort of computational defocussing, or whether it is produced optically. It would seem that from a sensor of this size that there's a good chance this is artificial bokeh. But as more information leaks out we will know more.

A "Product Showcase" setting lets the camera smoothly switch focus between the self shooter and a product or object placed in front of the lens. Object tracking focus is also here, along with real time eye autofocus. Multiple subjects can be tracked and switched between, with autofocus speed and tracking sensitivity adjustable when needed. 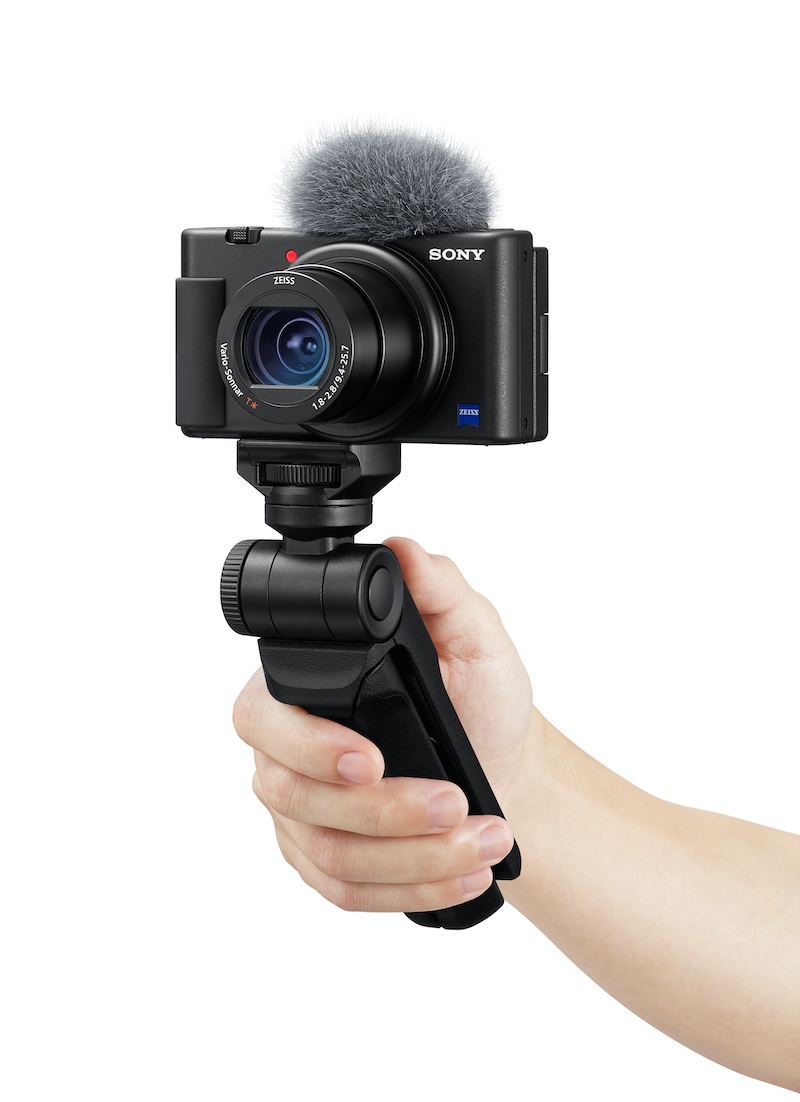 A very clear nod to the camera's primary use is in the Face Priority autoexposure function. If you are in an environment with variable lighting, for example walking under a row of trees on a bright day, the ZV-1 will make sure your face is always exposed correctly. This same technology also ensures that if there is a sudden change in exposure, the camera will suppress any unexpected blowouts or overly dark shots.

Further, the company has tuned its colour science to ensure that skin tones are particularly well rendered.

For onboard audio, the ZV-1 is equipped with a Directional 3-capsule Mic, which has been designed for forward directional audio capture. Clearly intended for people who are shooting selfies. There's also a 3.5mm mic jack and a multi interface shoe so that external mics can be connected. The camera arrives with a wind screen for its internal mic included.

As a camera designed for people who will often use it with one hand, not only is the ZV-1 light as 294g, but the grip has been designed to be comfortable when holding the camera faced backwards. Record indications are also placed so that the selfie shooter knows exactly when it is recording, with the record button similarly easily accessible.

The camera has both optical and electronic stabilisation, which are combined to make ultra steady shots possible. This is a newly designed system, and Sony claims that in HD mode the camera is capable of reducing shake by up to 11 times more than the standard SteadyShot system. In 4K mode it can still cope 8 times better than the standard system.

I'm not sure by which precise measure this has been made. However we know from various action cameras just how good electronic stabilisation has become now. If Sony is combining this with optical systems, we may well be looking at almost gimbal quality here. We shall see in due course. Another camera announced today, the FDR-AX3, also features highly tuned stabilisation as part of its feature set, too. We will be covering this in a separate article.

Lastly, by connecting to a PC via USB using software that will be available from July, the ZV-1 can be used as a webcam for live streaming.

This is a camera that is designed very much for our time. The surprising thing about it isn't that it has been announced today, but why such a focussed camera hasn't been released previously.