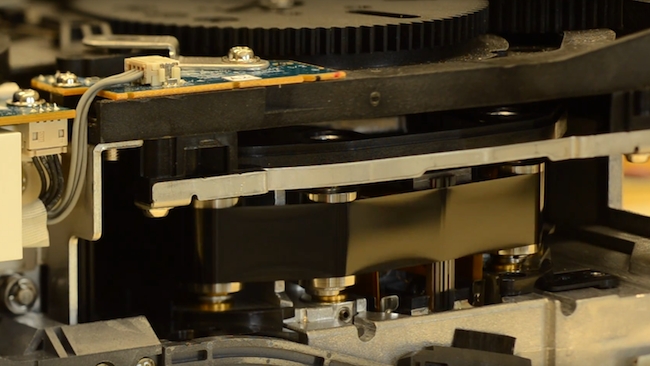 You might not have seen this for a while, but tape still has a role to play

A combined team from Sony and IBM have managed to produce a magnetic tape with a 20x greater density than conventional technology that can store a massive 330TB per data cartridge.

It sounds expensive, and it probably is, and it’s not really aimed at any consumer-facing technology at all, rather for back-up application in data centres worldwide supporting the cloud. But it does show that there is quite significant life in more than one technology that it’s tempting to think of as dead and buried.

Areal density is the key here, the amount of information that can be stored per square inch, and currently the newest enterprise-class tape storage system on the market achieves one of 9.6Gb/in2. The new Sony/IBM system manages to take this up to 201Gb/in2, thus raising the storage capacity of your average data cartridge from 15TB to 330TB.

It does this by combining a couple of different technologies. First, from the Sony side of things, it closes the gap between the magnetic tape and the tape head, using a special lubricant to ensure friction is reduced and the system can still read and write at high speed. Second, the team has managed to achieve a very uniform thin layer of microscopic magnetic particles with an average grain size of 7nm — nano-grained is the catchy term — which is applied in a sputter manner. This should see tape storage cartridges that can hold more than 1000 metres of tape.

The Sony tech has then been combined with IBM Research Zurich's write and read heads, advanced servo control technologies and innovative signal-processing algorithms to produce the finished system.

In fact, this is the IBM team’s fifth world record in this field in 11 years, and one which has seen areal density ramp up from 6.67Gb/in2 and a cartridge capacity of 8TB in 2006 to the current mark. What's more, they reckon that they will be able to double tape capacity every two years for at least the next decade.

As their marketing people like to put it: “IBM tape storage: still innovating after 60 years.” Make that at least 70...