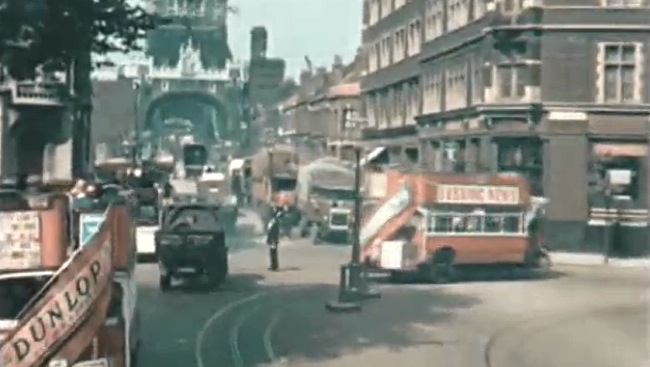 If a film is in black and white it is fairly safe to say that it is likely to be old rather than new. Colour is a more recent thing than monochrome. And this is about as old as you can get with colour film

There are some notable exceptions, though. Schindler's list is an example of a completely modern film made without colour - except for some very poignant scenes where it was used in a limited way.

So our preconception that if it's in colour then it must at least have been made in the 50s or 60s at the earliest, is shaken badly when we see a film like this. It was made in the 1920s and you can't help staring at it in utter disbelief that it was possible to make a colour film in this decade.

It certainly does give us a profound insight into life at the time, and it perhaps makes us wonder what it will be like in 100 years or so when historians look at our daily lives preserved in the living medium of 4K video!

This was posted on Vimeo by Tim Sparke, who says it is:

Incredible colour footage of 1920s London shot by an early British pioneer of film named Claude Frisse-Greene, who made a series of travelogues using the colour process his father William - a noted cinematographer - was experimenting with. It's like a beautifully dusty old postcard you'd find in a junk store, but moving.