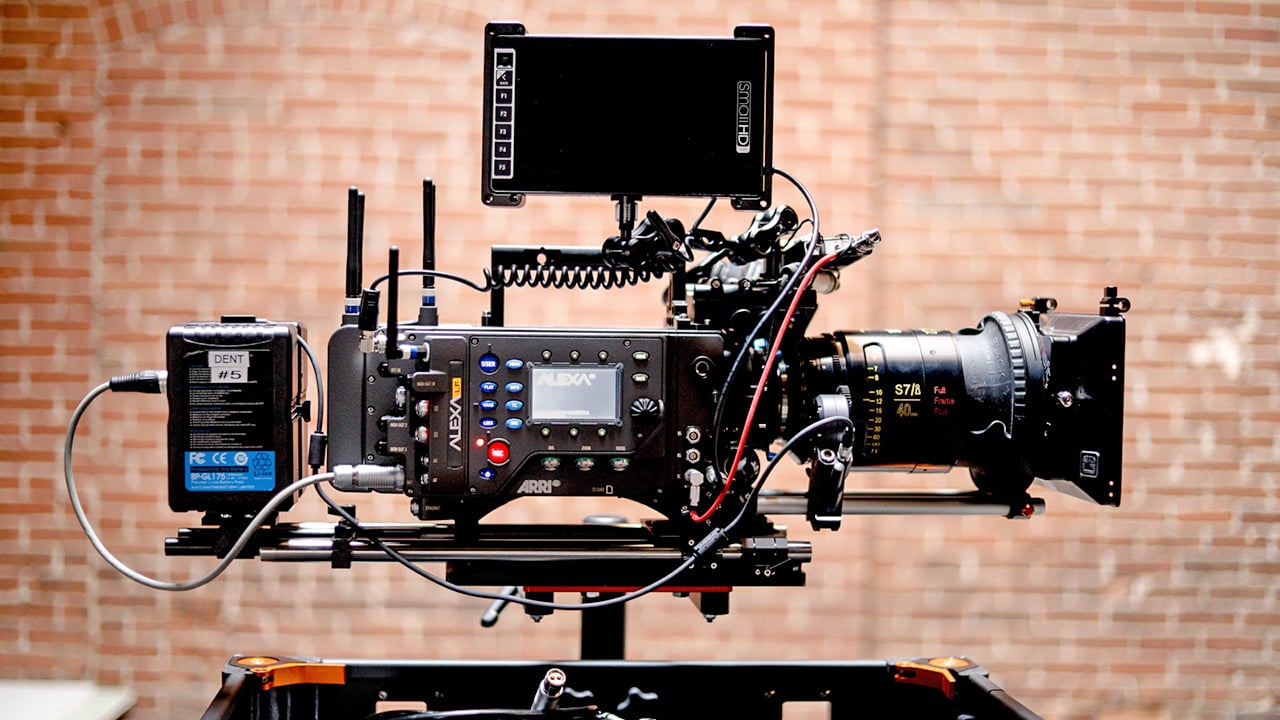 The guys at Vision5 recently purchased an ARRI ALEXA LF. This is their experience shooting with this dream machine of a camera for a short promo film called The Journey

After unboxing our ARRI ALEXA LF in mid July, we were anxious to see what it could do, so we turned the camera on, hit the record button and recorded several camera tests to see its amazing capabilities for ourselves. The tests confirmed what we already knew about the camera and its capabilities which made us more excited to see how it would perform on-location in a real production environment but before we started there were many questions we needed to answer. We started asking each other questions, like what lenses do we choose?  What power options, follow focus, sensor mode and desired codec are the best options for our shoot? Even though we did considerable research before purchasing the camera, we were curious how the LF would perform on a demanding shoot in the hottest city in America with its larger sensor and slightly larger camera body, compared to the SXT. 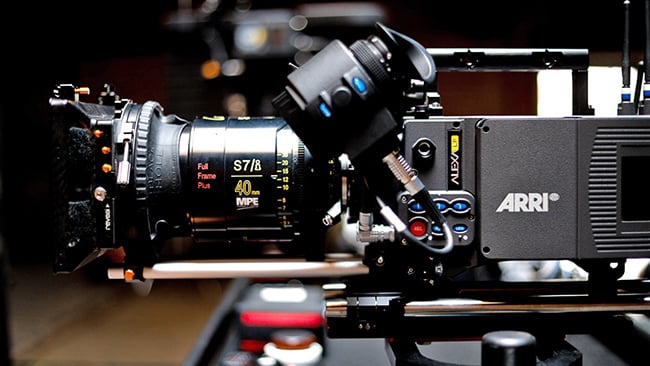 Lenses
Lens choices with the ALEXA LF center around the new LPL mount. Since ARRI’s Signature Primes and other LPL mount lenses are only available in small numbers, and fairly expensive right now, we utilized the PL adapter and chose the Cooke S7i lenses for their full frame coverage and unique look. We were also aiming for an overall warmer look for the majority of the piece, and knew that the Cooke glass would help push us in that direction. Our overall experience with the Cooke full frame lenses was no different than with any other camera as ARRI made the PL adapter incredibly easy to use. During this shoot, we didn’t utilize ARRI’s internal ND solution, but we are looking forward to testing them on future shoots.

Battery Power
We knew powering the camera was going to be a challenge, due to it’s 19.5-34 volt requirement which presented limited options at the time we were shooting. Bebob is set to release a special gold-mount battery plate for the ALEXA LF, but that wasn’t an available option so we were left to choose between powering the camera with an AC power adapter or a block battery. However, the day before the shoot we ended up testing out a custom Hawk-Woods 24v shark fin V-Mount battery solution made specifically for an older ARRIFLEX SR3 film camera. While not made specifically for the LF, this dual battery solution surprisingly proved to be a flawless alternative. The only drawback was  that the dual camera battery solution made the camera significantly heavier, but in the end it gave us the freedom and mobility to easily move around rather than being tethered to an outlet or block battery. 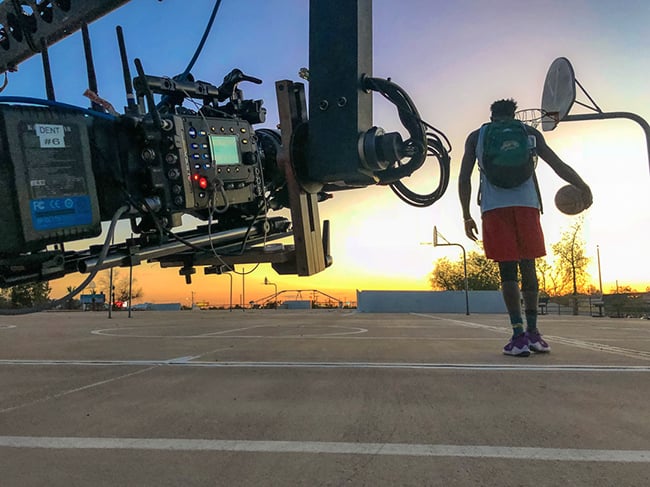 Other Accessories
Regarding a wireless follow focus system we would’ve loved to have had our hands on an ARRI or Preston unit, but budgetary constraints forced us to think of other options. That led us to the Tiltamax Nucleus-M follow focus. Having tried many affordable units in the past, we were a little nervous going in. In the end, we were blown away by the build quality and dependability of the Nucleus-M unit. We did not experience any problems that seemed somewhat common, such as calibration issues or interference. In the end, it worked without a hitch. Other accessories used were SmallHD monitors and Teradek wireless video.

Editing Workflow
We made the choice to shoot PRORES 4.5k, 2:39. The capacity of the Codex 1TB cards provided plenty of recording time and we never had an issue with space. After 2 days of production, with 4 locations we ended up shooting about 1TB of footage. Offloading footage was easy with some of the fastest card transfer speeds we’ve seen, thanks to the Codex drives on our ALEXA LF. Shooting in ProRes 4444XQ not only provides a beautiful image with 12-bit color depth, but the files are easy to work with. We were able to edit The Journey on a midrange Mac Pro 2013. Assuming you have fast storage, it’s possible to edit straight from camera in full resolution. RAW shooting is also available, but it’s more resource intensive with a minimal increase in quality. 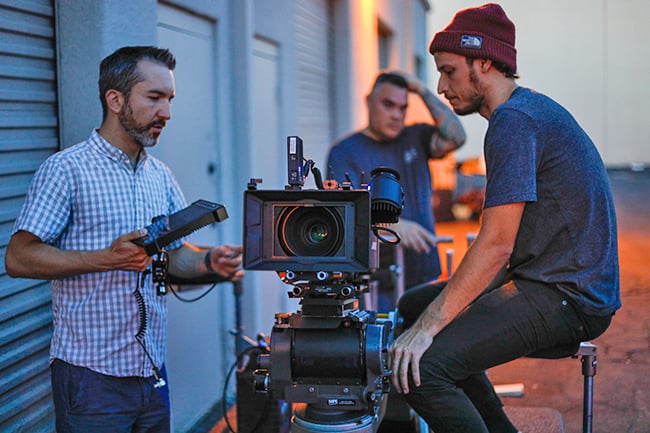 Familiarity
Working with the ALEXA LF was just as easy as any other ARRI model. The simplicity and familiarity between the ARRI family of cameras saves time for everyone on set and the ALEXA LF is no different. If you know the menu system on one ARRI camera, you know them all.

Reliability
Living in the harsh desert environment, we’ve found other higher end cinema cameras can overheat quite often even within the first five minutes of powering the camera on. In extreme cases, we’ve had to wrap cameras and place them on ice to get them working again. Thankfully for us ARRI cameras are well engineered and designed to work in all types of extreme temperatures. We pushed our ALEXA LF to the limits by shooting in direct sunlight during one of Arizona’s notoriously hot summer days. We shot 4.5K, 2:39:1 over-cranked in 110 degrees and the camera continuously ran without any interruption or overheating worries. The dependability of the ARRI LF simply allowed us to focus on what matters most, the aesthetics of the image. 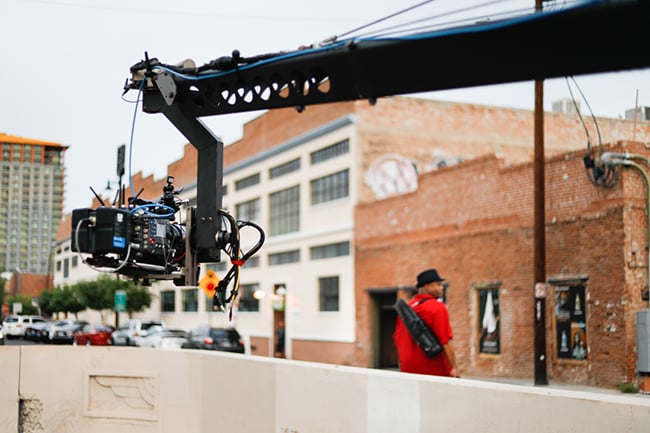 LF Sensor
With the added sensitively of the large format sensor we were able to squeeze out a handful of extra takes during the small blue hour window. We were surprised at how much cleaner the higher ASAs were on the larger sensor. We shot at 1600ASA (without noise reduction) for the extra stop of light, which felt comparable noise wise to 800ASA on the previous ALEXA cameras.

In closing we’d say that the ALEXA LF provided many positives and we were extremely pleased and impressed by its capabilities and build quality. Some people might question the size of the camera, but in all reality the camera weight ends up to be comparable to other cameras once you start adding all the accessories. Basically, this camera returns us to the film style preparation we’ve done for decades. We still have some unanswered questions and finding a reliable on board battery solution is key. At this time, our recommendation is the Hawk-Woods solution or look to the Bebob alternative in the future. The low-light capabilities of this camera at higher ASAs was also key along with the ability to handle the 110 degree heat. We’re looking forward to experimenting with more options on our next shoot. Stay tuned.

Republished with permission from Vision5inc.