LED lighting is getting better all the time, and new multi-colour options look like they could eventually spell the end of traditional gels.

The subject of today's state-of-tech review is colour, specifically colour that can be conjured up at the press of a button. Should the world's filter manufacturers be alarmed? Well, at least one of them already seems to have noticed the brick wall ahead, even if it's probably quite some way ahead. 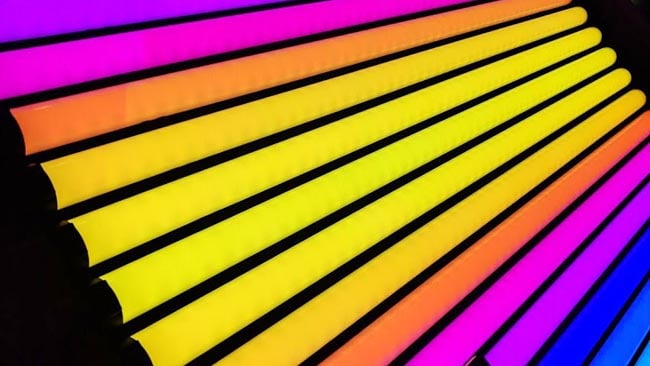 Colour-mixing LEDs in a form factor imitating a fluorescent tube, from Quasar Science

At the moment, the convenience full-colour mixing lights often require a compromise on the colour quality of their white output. Arri's colour mixing C-suffix Skypanels are not quite as good at white light as the remote phosphor versions, although Kino-Flo's Celeb LED range perhaps edges a little closer to the combined nirvana of good whites and selectable colours simultaneously. 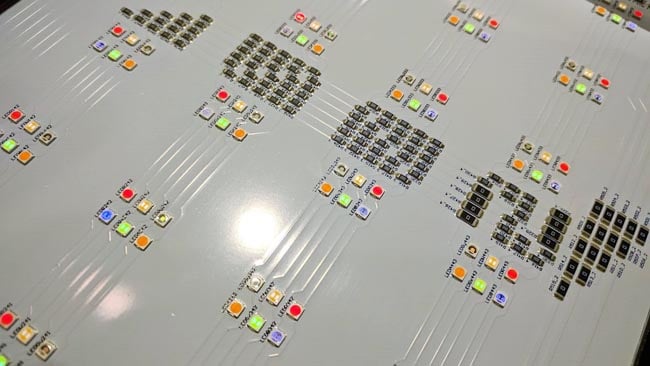 Once this happens more universally, especially with high enough power for LED to start displacing big tungsten and HMI devices, we won't need gels anymore. This is convenient for camera people, but not so great for the likes of Rosco. Via their acquisition of DMG Lumière, Rosco showed the Mix lighting technology in Las Vegas, promoting it, using the combined recognition of both their own brand as a manufacturer of lighting filters and the reference to DMG's background in LED lighting. The decision to act early, having seen change on the horizon, is sensible. We can only speculate whether Rosco will one day be known solely as a manufacturer of colour mixing lights. 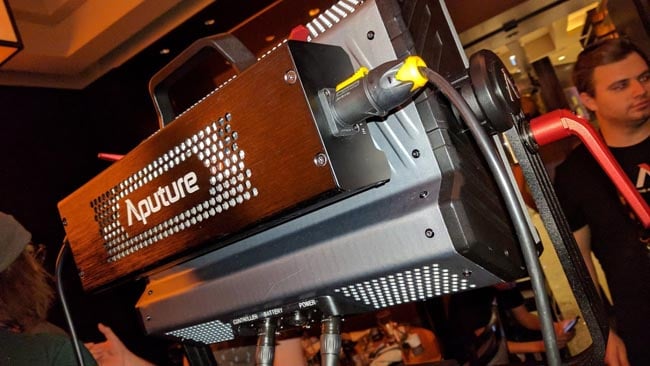 Aputure also made the first public showing of their colour-mixing LED panel, something they're claiming will have the ability to match colours using a sensor device. That's only useful if it's precise, and it'll be interesting to see how well Aputure can get it to work. Unsurprisingly, it's apparently turned out to be the most difficult part of the design. Still, there's a school of thought which says that something's only really an established technology once it's affordable and that requirement is likely to be satisfied by Aputure's upcoming release. The company's products represent a combination of price and performance that makes sense for a lot of people. 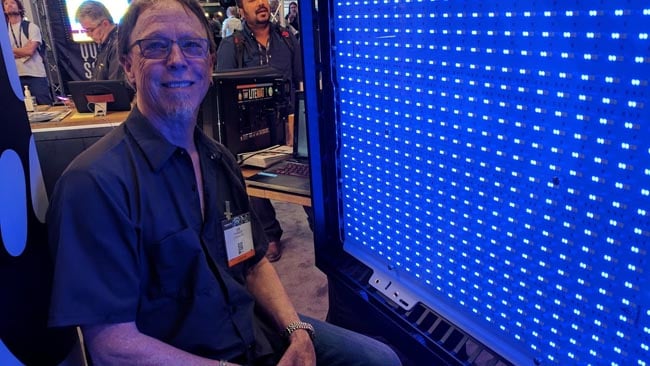 Possibly best known for its Literibbon flexible strip product, which brings reasonable colour quality to LED tape, Litegear was one of a few companies showing LED retrofits for existing lighting. It's becoming a bit of a theme. The Mirage 400i is a retrofit for the Kino-Flo Image 80, replacing the ballast and wiring assembly with a quad pack of four PCBs with white, green and blue emitters. The design is targeted at the huge number of Image 80s used to illuminate screens in permanent installations all over the world. 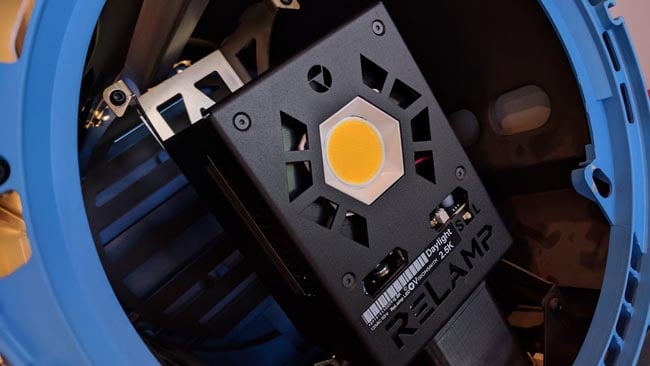 VisionSmith's ReLamp represents something of a nirvana, converting conventional tungsten lights to LED

Retrofits exist for other popular lights, in particular things like the ETC Source Four. VisionSmith's replacements for tungsten-halogen bulbs in Fresnels have been around for a while, but are not seen much in the UK. They make a lot of sense since they work as a very simple plug-in update to a traditional fresnel. The output is, admittedly, fractionally lower than the tungsten bulb would have provided, a function of how much cooling air can be quietly drawn through the louvres on a conventional Fresnel light, but it's a very nice idea.

Space permitting, we'll try to have a look at these and other LED retrofits at some point, as they can be a more affordable way into sturdy, roadworthy, familiar and efficient LED lighting.