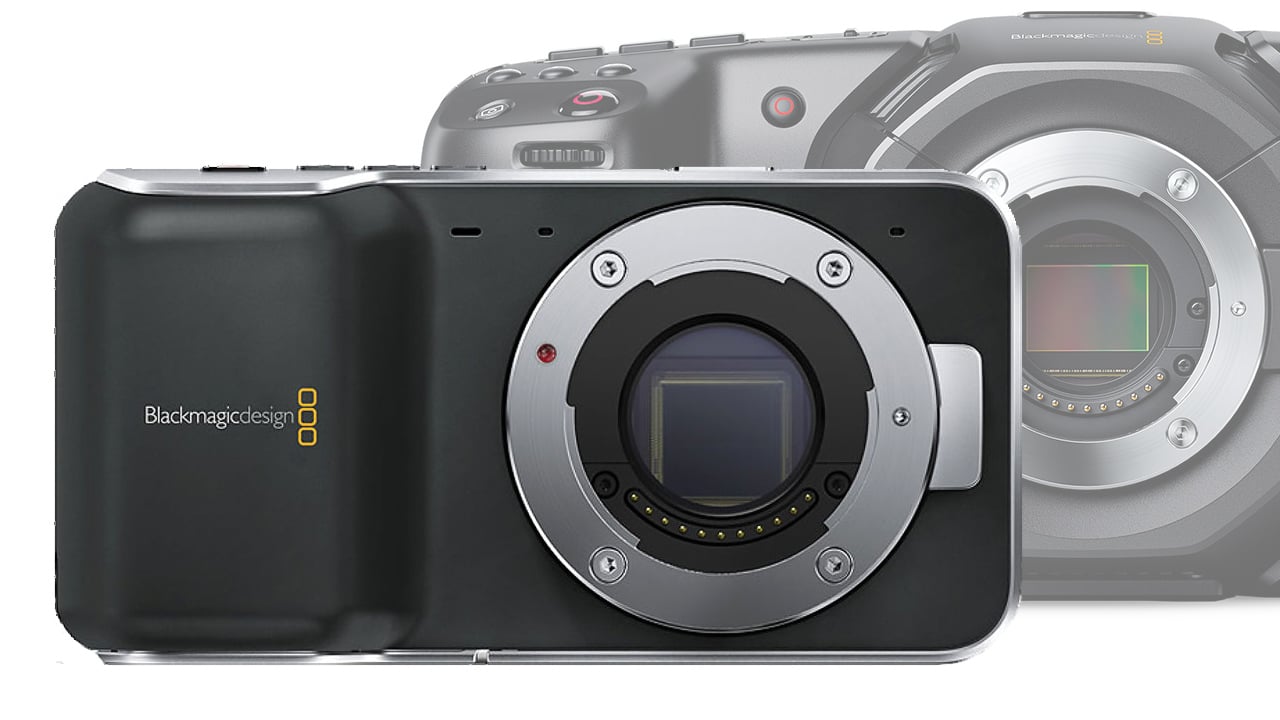 Replay: With the then Blackmagic Pocket Cinema Camera 4K having just been announced to much excitement, we decided to take a look back on what made the original BMPCC camera so special.

The recent announcement of the 4K Blackmagic Pocket Cinema Camera, or BMPCC as it is often known, took the video world by storm, and by surprise. For many people it seemed that it simply wouldn’t be possible to make a BMPCC4K. Or at least if it was, it would be restricted to 30P max like the original camera. It was also suggested that it could not possibly be below $3000 in price.

How wrong such commentators could have been. Not only has the new 4K camera matched the old base specifications, it exceeded all expectations by a considerable margin. But new camera aside, let’s rewind a little and take a look back at the camera that lead us to this point. The original Pocket Cinema Camera.

What made the original BMPCC camera so special?

The original BMPCC was both amazing and frustrating at the same time. When it first arrived on the scene in 2013 it came under criticism for its form factor and battery life. Indeed interestingly Rodney Charters can be seen in one early video deriding it as all a bit pointless. This was interesting because Charters eventually became one of the camera’s staunchest supporters, happily intercutting it with Alexas and Amiras. Like many others who took the time to use it, he discovered that the Pocket Cinema Camera was a wolf in sheeps clothing.

The thing that persuaded filmmakers to overlook the BMPCC’s foibles was simply its sublimely good picture quality. This was a tiny camera for around £800 that could record 13 stops of raw Cinema DNG video if required, with a colouromitry that intercut very nicely indeed with cameras such as the Alexa. In fact it is the closeness to the Alexa and the ease of intercutting with that camera that is one reason why the BMPCC is still being used extensively today, even on big budget feature films as a stunt camera. Unlike the GoPro’s that were used previously, editors don’t have to worry so much about lingering a bit longer on shots taken with a BMPCC compared to other cameras.

So good is the picture from the BMPCC that many people started using it instead of larger and more expensive alternatives, despite the need to rig it up extensively. 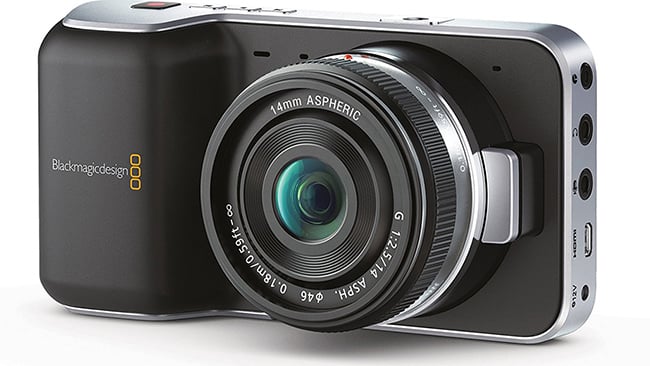 The aspirational aspect of the BMPCC was another lure. Owners and prospective buyers had often heard about how it could intercut with far more expensive cameras. It started to gain a reputation as a 'micro Alexa'. Now whether or not you agree with the assertion behind that reputation is neither here nor there. The fact is that it gave owners an aspirational view of their ownership of the camera. Most of them would never touch an Alexa in their lives. But when they went out filming with the BMPCC they did so with that little voice in the back of their head saying "hey, I'm using a mini sized Alexa here", and that made them feel good!

Clearly the BMPCC isn't really an Alexa Lite. But as I mentioned earlier, it was good enough to cut in with that camera in many ways, and as Rodney Charters has pointed out in interviews, if you hand a colourist footage from the BMPCC they won't freak out like they would if you'd have handed over something from a GoPro or an H264 Rec.709 based camera. They know they can make the cameras match up very closely.

In fact the BMPCC's resputation is one reason why its price went up on the used market rather than down as the years went on. It is still a desirable camera to own now even as 4K starts to take over.

But it had a lot of limitations didn’t it?

Indeed the BMPCC was not without its faults and limitations. Battery life from the standard batteries was shall we say, wanting. In real world use you would be lucky to get 30 minutes out of one. This meant that in order to use the BMPCC seriously you needed an external battery system. This was something that was made difficult to do due to the non-standard DC pin size. Speaking of which, the DC socket was notoriously fragile. Breaking it meant a camera replacement, so a lot of care had to be taken. The best way to protect it was to use a cage that featured a locking power cable.

The rear LCD was difficult to see in daylight, so it was essential to use an external monitor. Audio too, was not exactly stellar. To record audio decently required a good external pre-amp, but ideally off-camera sound recording was the best way to go.

All of this meant that a fully rigged up BMPCC was no longer pocket sized, and could be quite unwieldy to use. And yet people still used it, including myself, and loved it for the simple reason that no other camera in its price range, or indeed many times above it, could come close to the type of organic film like picture that it produced. I do not think I ever got back once from a shoot and be disappointed with the footage taken with the BMPCC. In fact even on some of the duller corporate videos I shot using it I actually looked forward to seeing what I had filmed!

True, it had moire issues, but in most situations this didn’t cause any issues. In any case, if it really was a problem there were two very good third party OLPF filters available for it. Rolling shutter? Some people claimed this as an issue, but, frankly, it never caused me any problems whatsoever.

Another factor was the sensor size, which although the camera was designed with an MFT lens mount, the sensor was closer to S16 in dimensions. As a result, even MFT lenses suffered from a crop factor. I opted to get a Metabones Speed Booster for mine, which allowed me to use EF lenses and obtain a wider FOV. But this sensor size also allowed some users to reinvigorate their S16mm lens collections, enabling the use of a number of classic lenses. 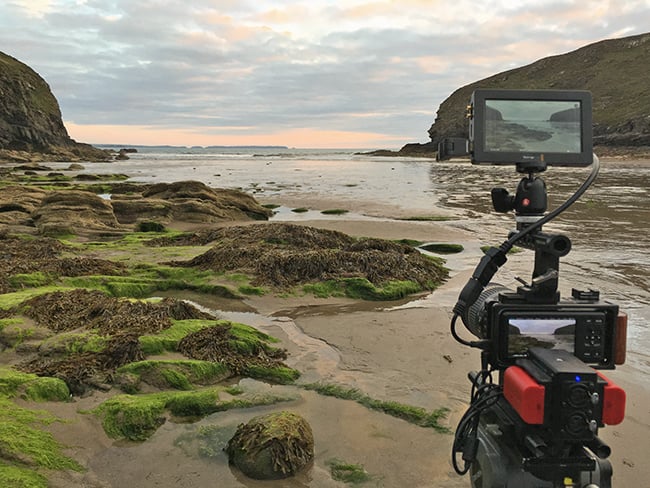 Rigging could be unweildy, but the final picture quality was always worth it

Love is a strong word, but that’s exactly how a lot of users felt about their BMPCCs. It stirs up a similar emotional response to the way that photographers remember their old film cameras fondly.

With the design of the BMPCC body resembling something Dieter Rams (renowned industrial designer at Braun) would be proud of, the camera took on a very minimalist, yet classic look. The BMPCC had a very identifiable, almost iconic look. This not something you could say about many other video cameras.

The Pocket Cinema Camera had soul. Many classic designs that are beloved of people have their Achilles heels, their imperfections. The BMPCC is no exception to this. It could be awkward to work with, had terrible battery life, had no slow motion abilities, and had noisy audio. And yet it is possibly one of the most brilliant video cameras ever designed.

The incredibly low price of the BMPCC meant that professional level cinematic ProRes and Cinema DNG recordings were available to everybody. For £800 and some fiddling you could obtain imagery that was every bit as good as, if not better than many cameras costing more than four times as much. The BMPCC was an enabler that opened up doors to budding DPs who couldn’t afford to buy a ‘proper’ cinema camera. It was an eye opener to experienced video people who sometimes bought one on a punt and then found themselves using it more than their ‘main’ camera! I know that I did just this!

We salute you BMPCC, and may your successor carry on your legacy to a new generation!

Below are some great examples of what the BMPCC can do in the right hands.