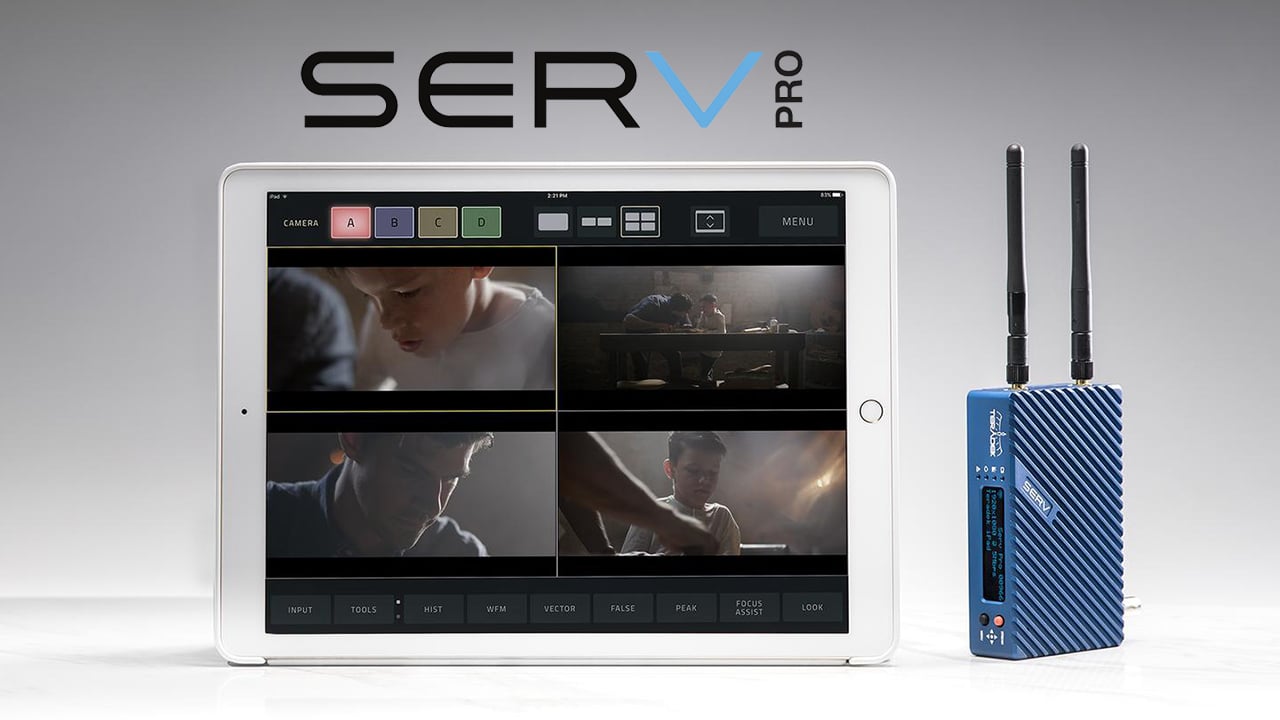 RedShark at IBC 2017: Live monitoring without the complexity. Sometimes crew members on set need a way to monitor, but the complexity involved can prevent this from being possible. Teradek now have a solution to the problem.

How do you make it possible for multiple crew members or clients on set to have their own monitor without lots of complex and expensive distribution set-ups, or having to crowd into the video village tent? Until now this wasn't an easy problem to solve, but Teradek's new Serv Pro seems set to change all of that. Originally designed with cinema in mind, the Serv Pro allows live streaming to take place simultaneously to up to ten iOS devices. Enabling everyone from the makeup artists to script supervisors, and even corporate clients to have their own monitor.

The specifications are impressive, with the ability to monitor four live HD streams at once per iOS device, all with only a two-frame delay. The footage is viewed using the free Vuer app, and it contains some rather neat features in itself, including the ability to show waveforms, looks, framing guidelines and more.

The Serv Pro device works in conjunction with the Link product, which streams the footage over wi-fi up to a range of 1000ft, and can be powered by either Gold Mount or V Mount battery systems.

The Serv Pro retails at $1799, while Link is priced at $699. A lower cost version, the Serv, which will stream to less iOS devices will also be available at a later date. More info can be found on Teradek's website.

We caught up with Teradek at IBC 2017 for the lowdown on the new products, which you can catch in the video below.