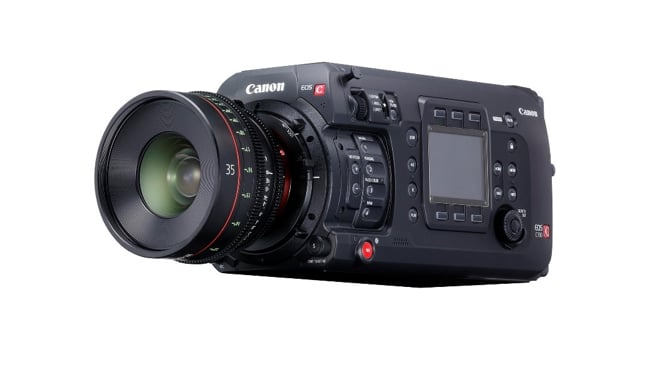 The Canon EOS C700: one of the seven units to benefit from the latest firmware upgrades

Canon has released firmware updates for seven of its Cinema and Pro Video cameras that cover added filming options, improvements to workflow, lens corrections and ease of use.

[The company adds a note here that “AF functions only available on camera bodies that have had the DAF capability activated. AF is not available on CN20 lens even if DAF is activated.]

Updates for the Canon XC10 and XC15 allow support for the VPG130 (Video Performance Guarantee 130) standard for CFast cards.

The new firmware for the Canon ME20F-SH and ME200S-SH includes new auto exposure modes including Shutter Priority (Tv), Aperture Priority (Av) and Automatic Gain Control (AGC). Users will now also be able to select Auto or Manual ND filter operation. Cinema Servo Lens Support is upgraded on the ME20F-SH to cover the CN-E18-80mm T4.4 L IS KAS S, and the EF100-400mm F4.5-5.6L IS II USM, EF35mm F1.4L II USM and EF24-105mm F/4L IS II USM are now also supported by the ME20F-SH and ME200S-SH. A new setting has been added to CP Fine Tuning menu to assist with improved image quality when using Chroma key system. Finally, the ME20F-SH and ME200S-SH can now enjoy enhanced WB settings when the camera is set to Auto and a 25PsF option has been added to support monitor connection and viewing when shooting in 25P.