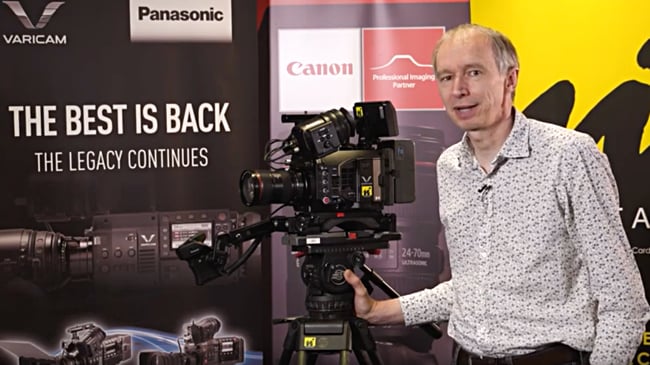 Alister Chapman is famous for his detailed appraisals of cameras. Here he is taking a quick but detailed look at the new Panasonic Varicam LT.

We were at the launch of the Varicam LT a few weeks ago and we were impressed by the thoughtfulness of the design, as well as the quality of the pictures.

One of the fascinating properties of this camera is that it has two "native" ISOs – 800 and 5000 – both giving very good dynamic range and creditable noise performance.

Here's a video overview of the Varicam LT by Alister Chapman, shot at top UK camera reseller Visual Impact, where he shows all the clever touches that make this such a great looking camera.