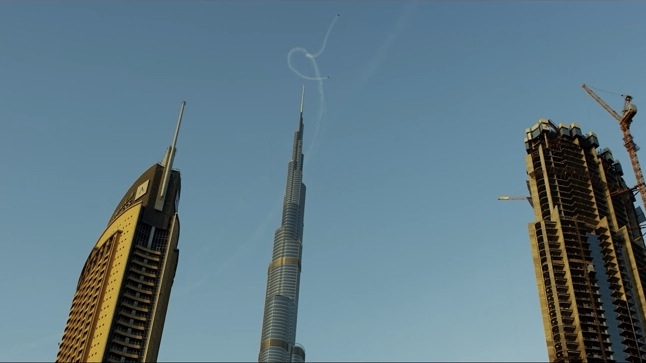 Normally, any one of those words is enough to attract the attention of RedShark. Finding all three of them in one potential story was just too much to ignore.

There’s no need to say much about this footage. You just have to watch it. It was shot in 4K, some of it on GoPros, but we don’t know about the rest of the material. It features Yves Rossy and Vince Reffet - both men who presumably lack any awareness of what fear actually is - wearing custom-built rocket packs with wings.

(I can’t find the words to express how strongly you wouldn’t get me wearing one of those things!)

When making a film, you can’t go wrong with sand dunes, especially shot from above, with a setting sun. Throw two men wearing jet engines on their backs and it not only seems improbably risky but looks beautiful as well.

And then the piece de resistance - close formation flying round the world’s tallest building.

You can imagine adrenaline junkies signing up in droves for this activity if it were more widely available. We doubt, though, that it will be, because it just looks do damn dangerous.

It’s not every day you see footage like this.

Thanks to The Verge for drawing our attention to this video.