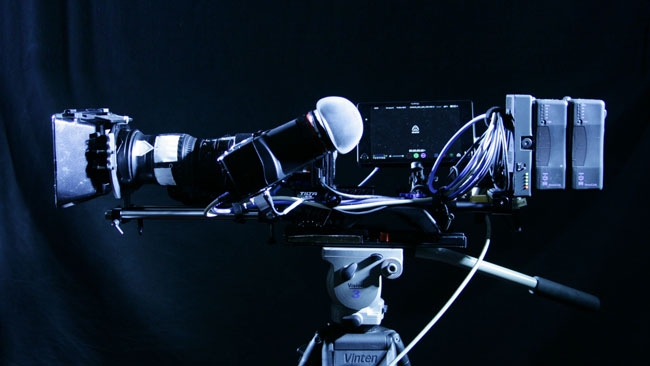 The A7s Frankencam with Shogun recorder

Frankencam unbound: Phil Rhodes concludes our series on kitting out your brand new DSLR so that it has the same functionality as your old, trusty video camera. In part four, the finished camera finally takes shape.

Assembling all of the equipment we've discussed so far into a workable camera system is relatively simple; there is, after all, something of a system and some degree of standardisation to all of this. There are some issues of things colliding – recall the issues of getting batteries out of the A7S that we discussed in conjunction with the Tilta BS-T03 baseplate – but these parts are configurable enough that this sort of problem is generally quite solvable. It can become quite long, once the batteries have been extended out far enough to balance, say, a mattebox, but that's been a criticism of ENG style cameras in dramatic work since people started using the F900 for feature films and it's no surprise to find that here. 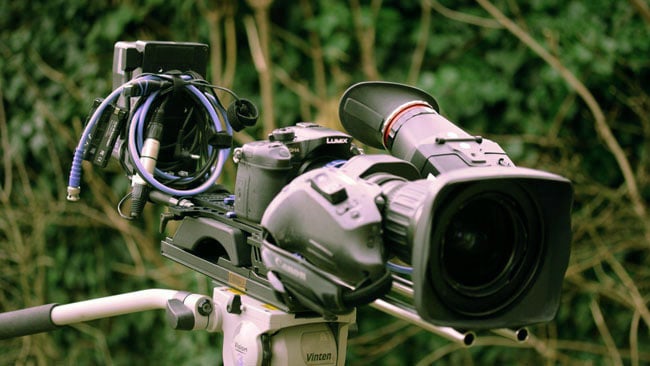 Viewfinding is a sufficiently big deal that we're treating it in a separate series, but Frankencam is shown here with an Alphatron EVF-035W, the product of Alphatron's collaboration with monitor manufacturers TVLogic. The 035W, with its 960 x 540 active display, boasts half the resolution of an HD signal and is probably among the best of the current bunch, although it doesn't support the beyond-HD signals of which the GH4 and A7S are capable (and neither, as far as I can tell, does anything else). 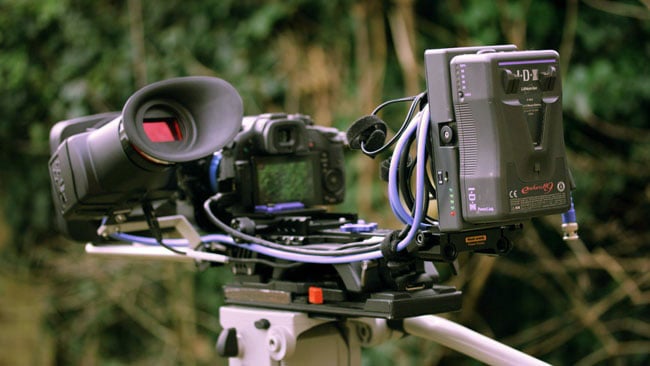 Wiring up something like this, especially in such a way that it doesn't become a nightmare of tangles, can require a little research. The photo above shows a little excess cabling which was used to power and feed signal to a monitor and could simply be removed. The HDMI output on many DSLRs was in no sense designed to be a handheld, portable, field connector and it's worth looking around for a right-angled type to minimise protrusion – or, in fact, two right angled types, so as to keep a spare on hand. Camera manufacturers seem not to have standardised the orientation of micro-HDMI sockets so right angles in both potential orientations may be required.

Manufacturers such as Walimex offer neat cable clamps to protect connectors and there are other bolt-on options for greater mechanical stability. The only real difficulty is providing DC power to a camera – provision here is spotty at best. Most of them won't run off external USB power and often the only option is a dummy battery. 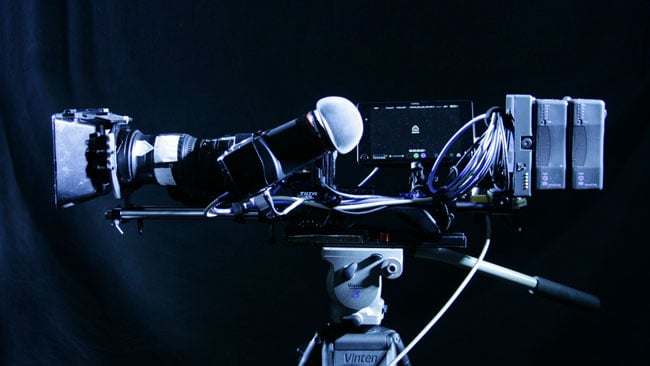 Having overcome all this, though, the verdict is good. The camera outfit is balanced, both fore and aft and side-to-side, and moves quickly between mounted and handheld operation. The ability to put it down on a flat surface is largely dependent on the amount of equipment rigged to the rods – when rigged with a B4 lens, the bottom of the adjustable support became the first object to hit the ground, provoking a little instability, but it's nothing that couldn't be fixed with a simple 1/4-20 machine screw of appropriate length once the final configuration had been established. 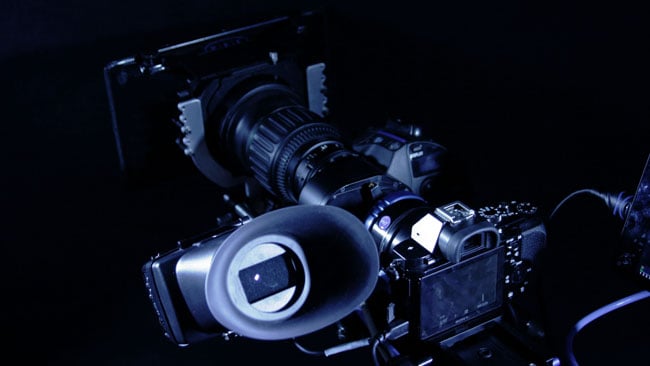 The only unsolvable problem is the lagginess of the viewfinder – and that isn't really a problem of the viewfinder, so much as it's an issue of delay in the DSLR's HDMI output. The GH4 is worse than the A7S, especially in 4K.

The real, mechanical zoom is a pleasure to use, as is the grip. This particular setup omits a top handle, which is surprisingly irritating but easily solved with off-the-shelf parts, and we built a simple viewfinder mount (ordinarily, a mini magic arm is fine). The package weighs very little and consumes very little power (especially when shooting HD on the A7S or with the GH4, permitting us to omit the Shogun recorder). For the first time, it might be practical to go out and shoot for a day and not expect a battery change. The only eyebrow raiser is the big gap between the back of the DSLR and the front of the battery plate. It's necessary, to get at the DSLR's controls, but really – there's a lens, and there's a battery, but the place where the camera should be contains... almost no camera at all.

While this was never intended to be a review, people are already asking which DSLR is the most suitable choice for someone who already owned a B4 lens. As ever there is no clear answer to this. The ability of the GH4 to operate, with caution, without an optical adaptor is good (adaptors without optical parts are far cheaper), although the glow below f4 (becoming severe below f2) is less than ideal. The A7S is hard to overlook for its staggering sensitivity and better log recording options, but doesn't record 4K onboard. Really it's a crapshoot, but if I were a serious, full-time documentary maker, I'd probably go for the GH4 with the optical adaptor and plan to work mainly in HD, with ETC mode; for drama, the A7S is probably the toy of choice.

Watch some demo footage below:

How to accessorise your new DSLR - Part Two, the Baseplate