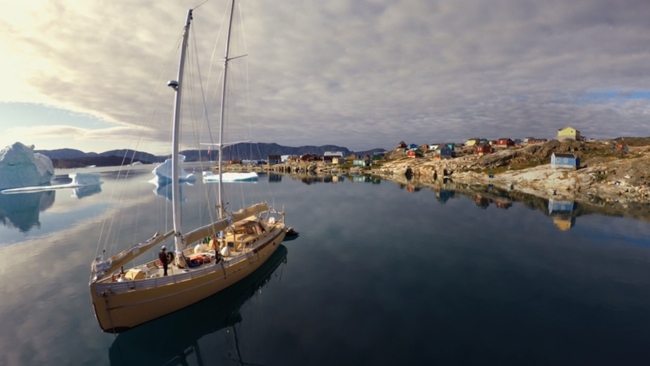 The first 4K GoPro 4 footage has been released. At first sight, it's very, very good!

We're normally the first ones to caution against evaluating cameras on YouTube. With all respect to the senior streaming service, for most comparison purposes, you might as well be viewing through pondwater by the time the video has been compressed for delivery.

But with a GoPro, the chances are that most of its output will never be seen any other way. So what it looks like on Youtube really matters.

That's why this video is so impressive and so important.

Captured in 4K on the new Hero 4, it looks sharp, with luscious colours and a decent dynamic range. (Don't quote us on this - it's not a scientific test!).]

It's definitely worth waiting for this stuff to buffer and watching in the highest possible resolution on YouTube ("2160p").

Here are GoPro's notes on the video, followed by the video itself

All around the world, GoPro users are capturing incredible experiences, from the heart-stopping to the heartfelt. Into the caldron of an active volcano, the neon streets of Japan, a refuge for wild mustangs, scaling an iceberg, the world’s biggest dance party, or a whale rescue mission, GoPros have documented every moment. See how GoPro’s new line of our most advanced cameras ever allow you to beautifully and authentically capture and share the experiences that bring purpose, adventure and joy to your life.

The HERO4 features ultra high resolution quality of 4K at 30 frames per second + high frames rates at 1080p120. Incredible low light capabilities, including our new nightlapse setting. 2X the high fidelity sound. Faster processing. Protune settings that unlock manual control of many of your GoPro’s features, and so much more. Learn more and be inspired by the most advanced GoPro cameras yet: http://GoPro.com