The 4K Panasonic GH4 is here. You can even get 4K SDI out of this thing! 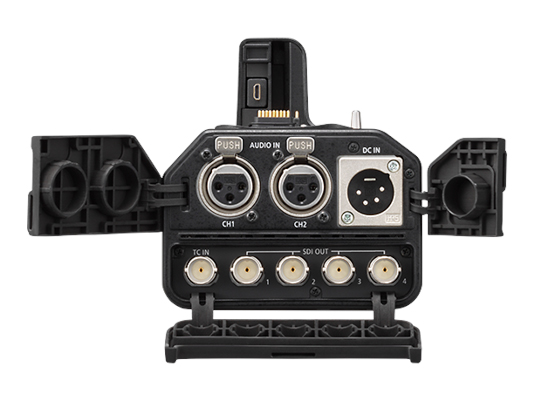 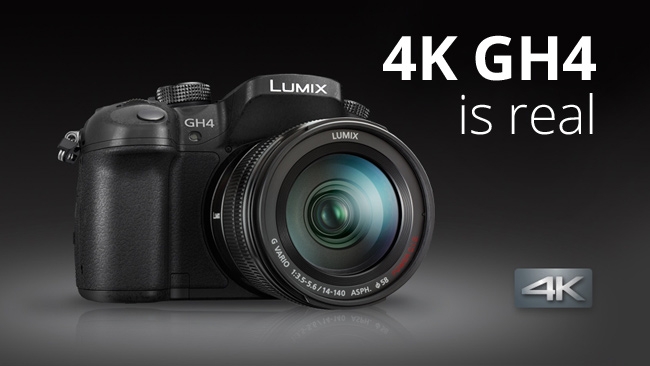 The Panasonic GH2 and GH3 punched way above their weight and produced wonderful video for their price. Now, with the announcement of the GH4, we'll soon find out if the new camera will change the 4K landscape in the way its predecessors did for "mere" HD.

If you'd asked me a year ago, I probably wouldn't have been able to predict that Panasonic's first major 4K release would be a video-capable stills camera. Within that, though, the spec list of the GH4, which has just been made public, contains no huge shocks. Given the incredibly warm welcome given to their Lumix GH series by discerning cameramen the world over it's no surprise that Panasonic would choose to continue the series, and no great shock either that the GH4 is 4K-capable and has the various improvements to sensor and recording apparatus which one would expect from the march of technological progress.

What does distinguish the release, though, is all these images of the videography base station (which the company calls DMW-YAGH), a plug-in, or possibly sit-on, module with proper connectors, XLRs and BNCs for sound and picture, and manual audio level and phantom power controls. I'm sure I can now hardly be heard over the rapturous applause from people worldwide who have suffered the side-effects of cripplingly inadequate I/O provision on other stills cameras, and even though the unit is certainly a bit of a lump when thrown on the bottom of the GH4, and won't win any prizes for looks, micro four-thirds cameras are by their nature reasonably compact in any case and I won't decry it on that basis alone. There's even a four-pin XLR power connector. Superb!

The accessory is visibly from the same design stable as Panasonic's AF-100 and 101 cameras, which raises the interesting possibility of a 4K AF-series camera in much the same way that the 100 series was based on GH technology – if, that is, the company feels confident enough about the less than stellar reputation of the 100 series, big-screen hits like The Raid notwithstanding. But seriously: quad-link SDI 4K output from a stills camera. Who'd've thunk it.

There are other updates, of course: the viewfinder (that is, the internal eyecup viewfinder, not the flip-out display on the back) is now an OLED, which is nice. Full blown 4K is only available at 24p, although effectively equivalent quad HD is there at up to 30fps. The sensor is somewhat windowed at 4K, with the output being a pixel-for-pixel rendition of what it sees, which is in many ways reassuring because moire should, assuming properly chosen optical low-pass filtering, be as low as it is for stills photography. The company is promoting a set of bit rates at various frame rates, with intra-frame options, but until we know how good the codec really is I hesitate to comment. 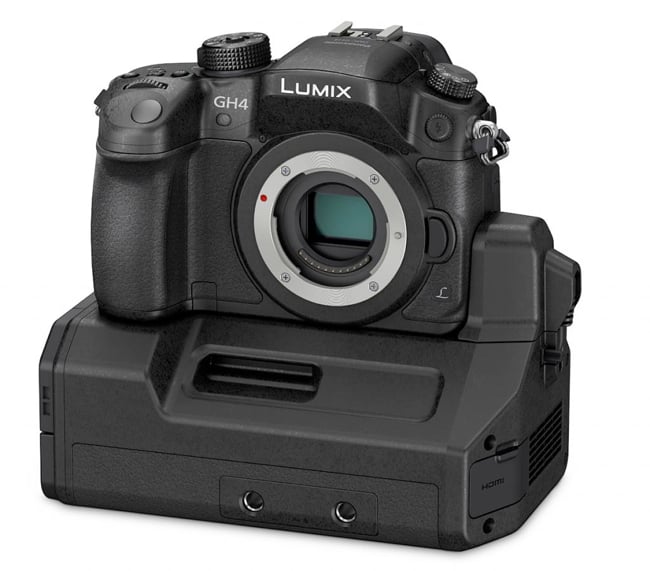 Of course what really matters is whether all of this is affordable, and no prices have been announced. One might reasonably tend towards the opinion that the camera itself might not be terrifically expensive, probably undercutting the likes of Blackmagic significantly if the 4K specification is all you're interested in. But then it doesn't offer nearly such good recording options without the base station, which might be quite expensive, and with the base station you will need to factor in the purchase of a suitable recorder (we might assume that Convergent Design's Odyssey and things like the Aja Ki Pro Quad might be usable). 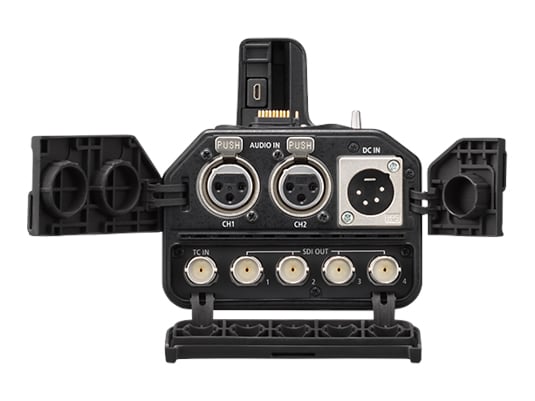 Details such as the availability of the GH series' handy ETC sensor-windowing mode, which makes B4-mount broadcast lenses usable on documentary and other quickly-filmed productions, don't seem to be available, but I await more detail with baited breath.