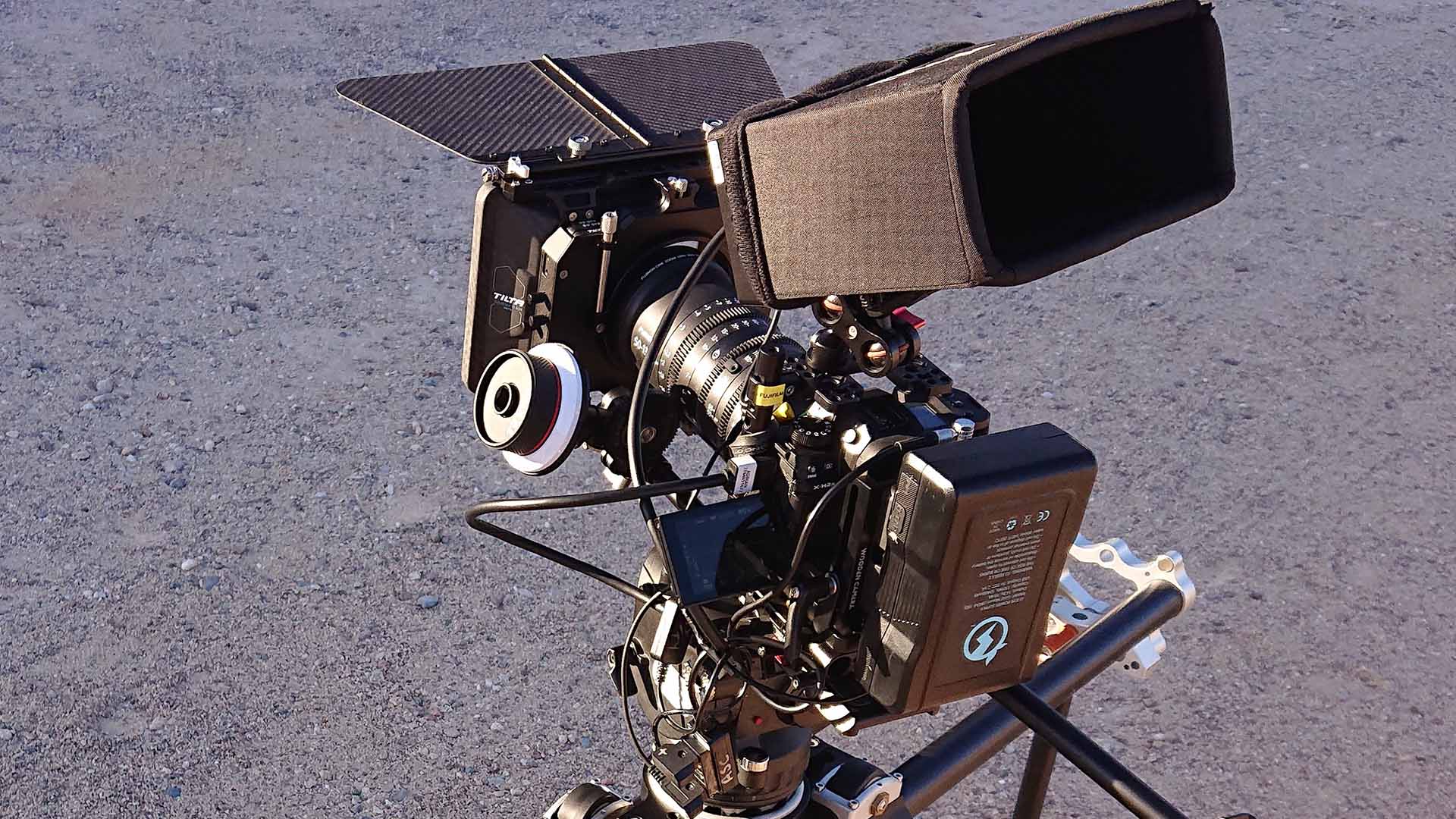 Fujifilm has just announced the X-H2S with 6.2K on board ProRes recording and frame rates up to 240fps in HD. RedShark's Phil Rhodes got to take one out on a shoot prior to release.

This can’t be a review, because the camera we’ve seen was not final, but it is based on some pre-release hands-on time. During a closed-door meeting at NAB, Fujifilm cryptically let slip that something referred to only by a codename would soon be released, and asked whether we’d like to look at it. Given enticing cloak and dagger and the sheer amount of pixels the new X-H2S packs into such an unassuming chassis, it was hard to say no.

The stills that accompany this article are from the camera (at least when they’re not of the camera). They use the company’s own Fujinon MK18-55mm and MK50-135mm zoom lenses alongside filters from Tiffen’s new Antique Satin range, which lent a little warmth and some attractive honey-hued halation without excessive loss of contrast. The excellent and apparently indestructible Prosup Tango slider, also pictured, was graciously loaned by the estimable people at Hot Rod Cameras in Burbank. We’ll go into some more detail on the production soon, but for now, consider the intimidatingly enormous spec of the X-H2S itself. 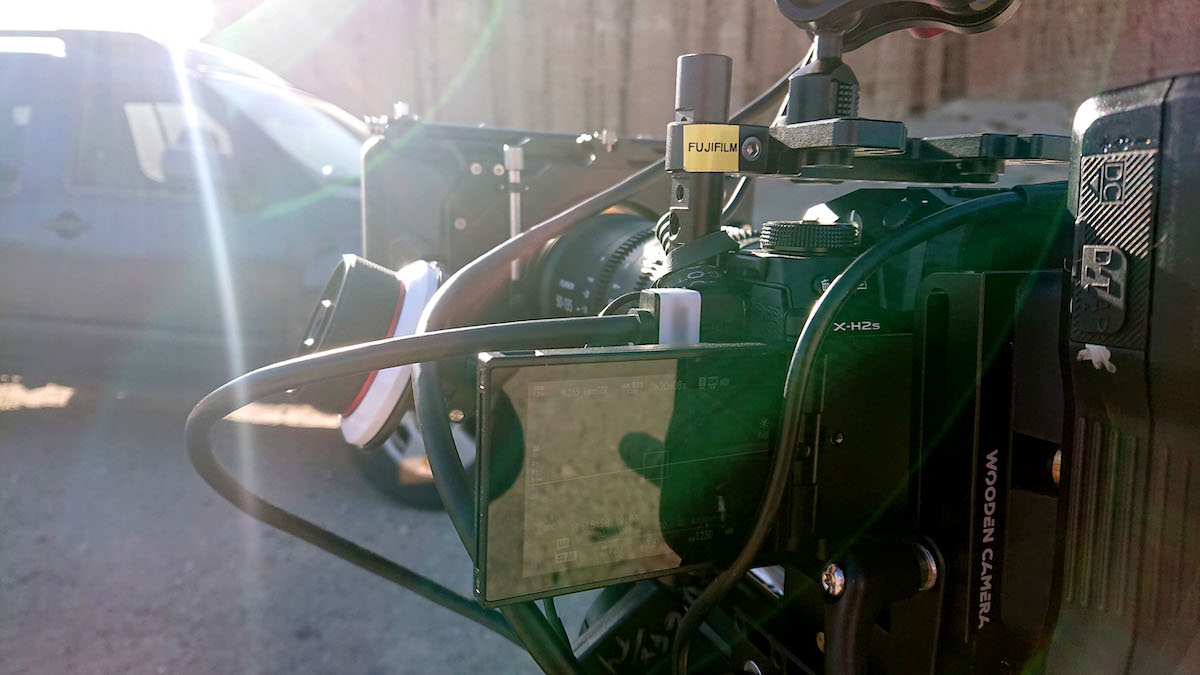 Fujifilm X-H2S with Fujinon MK50-135mm lens. A Tiffen one-eighth antique satin filter is in use.

Between the compact (but nonetheless well-specified) X-T4 and the continent-bestriding GFX100, which is as capable as it is enormous and expensive, in the last year or so we’ve seen interesting answers from Fujifilm to a couple of very different questions. The X-H2S is an APS-C camera using CFExpress cards. It follows up on the X-H1, boasting a new 26-megapixel sensor with very much the latest generation of technology. The company calls it the X-Trans CMOS 5, and there’s an equally new processing architecture designed to handle the storm of data from the new sensor.

Back-side illumination is no longer entirely new, and there’s some question over what “stacked” really means given the amount of work that’s currently being done on various types of multi-layer semiconductor manufacturing. Regardless, the result is something that subjectively feels low in noise and has very little by way of visible rolling shutter; we’re told it’s four times faster than the previous generation X-Trans CMOS 4 that we saw in the X-T4. Both noise and rolling shutter artefacts seem well-controlled on the X-H2S at a subjective first glance, though we’ll withhold a less equivocal verdict until we can spend some more time with the camera. 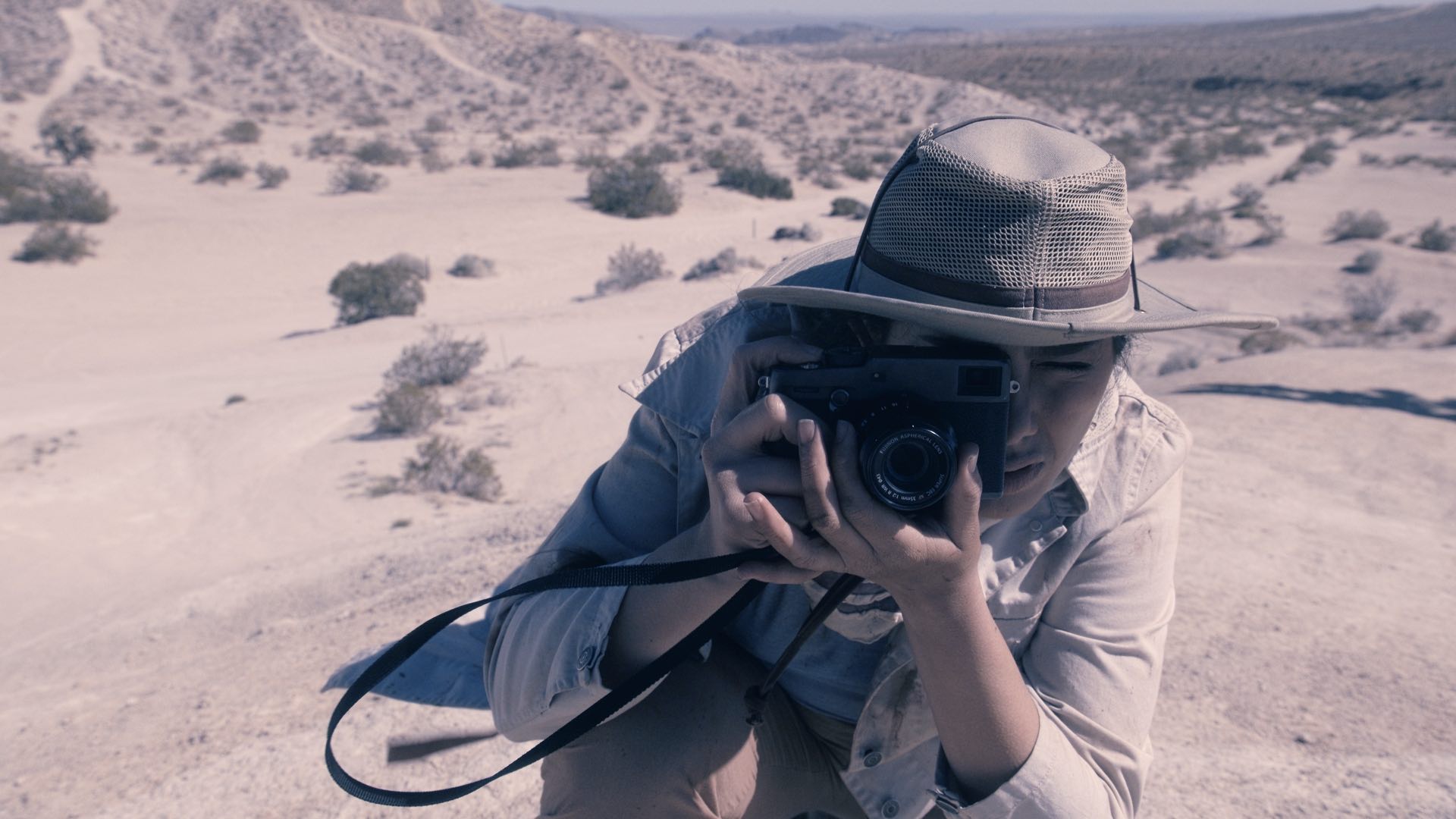 Actor Marissa Edwards shoots with the Fujifilm X-Pro3 as a prop.

The X-Trans name refers to a sensor that isn’t quite a conventional Bayer layout; instead, the system uses a configuration six photosites square which includes a preponderance of green-sensitive elements. It is, we’re told, intended to minimise moiré. The X-T4 can certainly be provoked to show moiré, though that’s possibly (frankly, likely) a concomitant of pixel binning for the video modes and wholly unlikely to appear in stills. Again, a proper assessment of the X-H2S will have to wait until we can get one with final firmware in a more formal testing environment than the California desert.

High resolution 6.2K ProRes recordings take the entire sensor; at 6240 by 4160 there are 25.95 megapixels involved. High frame rate modes, up to 240fps in HD and a very healthy 120 in 4K, arise from the appropriately-sized areas of the chip. The full resolution mode benefits wonderfully from oversampling even for a 4K finish, and the squarer aspect ratio of a stills-oriented sensor provides for some very welcome reframing potential. The real discovery here, though, is the sheer amount of processing power required by these huge frames. 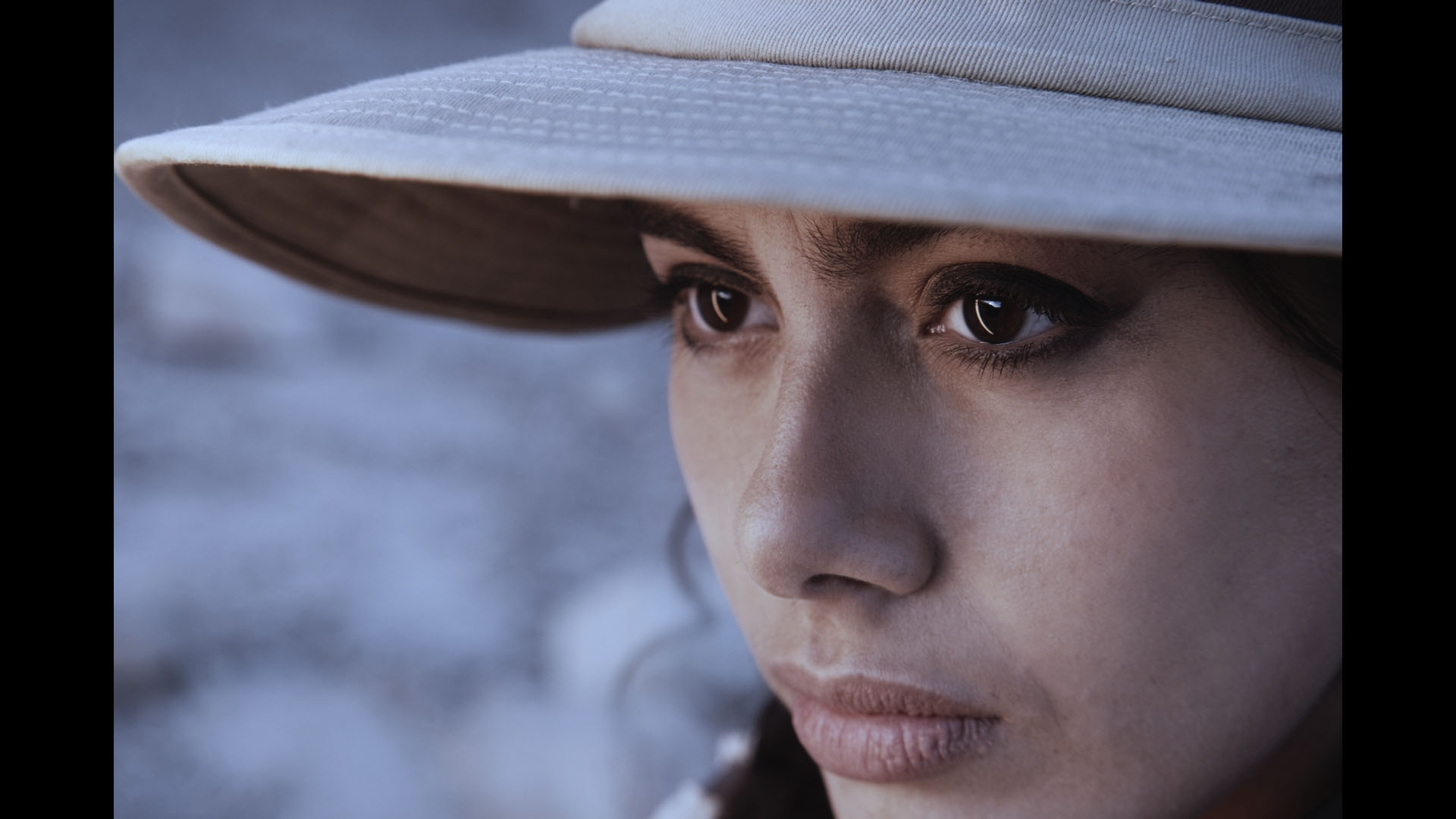 This is the full 6K image inside a 1.78 frame. There's plenty of room.

4K and above ProRes

Many manufacturers – paging Blackmagic – have been hesitant to offer ProRes beyond 4K,  perhaps cognizant of the sheer computational effort involved, but Fujifilm has managed to pack it into an easily-backpacked stills body. The company seems confident in the fifth generation of its X-Processor (a big system-on-chip with lots of DSP, we might assume). Certainly it can handle material that makes older workstations sweat. Many other new features are part of the camera’s comprehensive stills mode, including new, faster, more accurate autofocus and in-body stabilisation that the company suggests equates to seven stops more light in terms of longer exposures without unacceptable blur.

There’s much more to talk about, and once there are final cameras available we will, but it’s worth mentioning one final bit of hardware. It may seem trivial, but it’s intended to offset the Achilles heel of some other very high performance, video-capable stills cameras. Fujifilm has built a bolt-on cooler for the X-H2S which sits in the place usually occupied by the LCD display and picks up power automatically from a set of contacts. It’s a mild nuisance since it prevents the LCD from closing, but it’s a far more convincing approach than manufacturers which have preferred to pretend this sort of thing just isn’t required. Sometimes, that assumption has been, let’s say, a little hasty. We didn’t use it, and the camera didn’t show any signs of needing it, during our day in the desert, though to be fair the wind was so strong it was threatening to blow grown adults over cliffs.

Fujifilm suggests the US retail price should be around $2500, making the X-H2S neither the spendiest nor the most economical; fitting such a lot of ProRes into such a compact pot will be the major draw for film and TV work, either way. Having had only a couple of days to explore a pre-release camera, and with one of those days filled with the need to get something shot, it’s dangerous to reach too many conclusions. Still, the X-H2S feels like a combination of resolution, sensor size and price that should find a place in the market, particularly for people who want to do Fincher framing with lots of post-production tracking and stabilisation. Aside from the company’s own range it’ll mount more or less any lens on the planet with a suitable adaptor.

Watch this space, then, for both more in-depth writing and the results of our sneak preview day in the desert with the then-secret Fujifilm X-H2S.