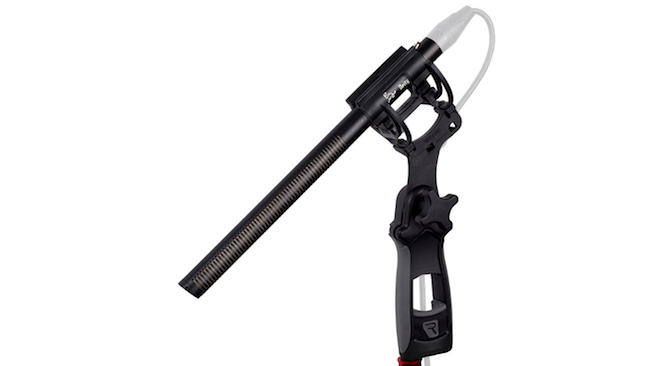 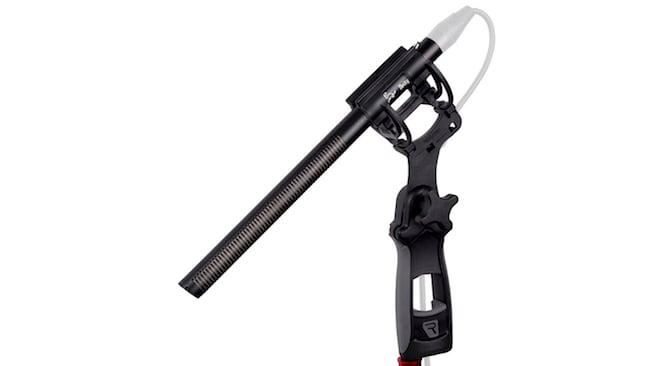 The new Deity shotgun from Aputure

RedShark review: Aputure’s new $369 Deity mic is both aggressively priced and aggressively marketed, with both the Schoeps CMC641 and Sennheiser MKH-60 in its sights. Phil Rhodes is guardedly impressed.

To date, Aputure has been known mainly as a supplier of camera and lighting equipment, a field in which the company has been building a good reputation for the sort of price-performance ratio that's attractive to an awful lot of filmmakers. Its COB-120T hard light, for instance, is shockingly good in terms of colour quality, competitive on price (at least in the USA) and works nicely. There's a certain attention to detail, with the latching connectors and quiet cooling that suggests a certain degree of understanding about how this stuff will be used.

As such, the news that the company has released a shotgun microphone is likely to be received with considerable interest. The company calls it the Deity, which is possibly a rather daring title, but with a price at around $369 in the US for the microphone alone there's likely to be a degree of tolerance – after all, we've reviewed microphones of similar purpose which cost five or six times as much, which puts into perspective the market into which Aputure are stepping. The company is also offering a kit including a Rycote Softe Lyre mount for $429, representing a pretty decent deal since that particular pistol grip usually goes for $119 alone. What's more, Aputure has sent out information mentioning the Schoeps CMC641 and Sennheiser MKH-60 as comparators, both of which are very considerably more expensive, which at least demonstrates a healthy degree of confidence.

Performance in microphones is notoriously subjective, and even paper specifications suffer terribly from the conflicting-standard problem. Having made the caveats clear, let's do some comparisons of those paper specifications, because people will. Screen actors tend to feel free, as they should, to whisper, and therefore the ability to recover a signal from the noise floor is often key. The Deity is specified to achieve noise levels within a couple of dB of the numbers quoted by Sennheiser and Schoeps; any differences in the weightings used (which are not always specified) will make more difference than that to most people's ears.

What's perhaps more important to the location sound recordist is off-axis rejection, and here Aputure is clear that they're not intending to compete with the workhorse MKH-416. The Deity certainly has a little more sensitivity to ambient noise, a compromise intended to facilitate better on-axis sound. Whether this sounds like an excuse or not is a matter of appropriateness to a particular set of recording circumstances. The 416 is currently very popular among voiceover people, presumably because the off-axis rejection produces a desirable close and insistent sound that works really well for sentences beginning with the words “In a world...”

In a nice quiet voice booth, the Deity would probably work very well for that sort of thing, and it's well under half the price of Sennheiser's contender. Slippery phrases like “consonant articulation” and “deep bass” are often used to describe mics, but they all refer to matters entirely of opinion. At least to an extent, one person's crispness is another's tinniness; one person's rich bass is another person's muffled booming. It's therefore a matter of opinion, but hopefully a careful one, to say that Aputure's new mic is pretty credible as a voiceover device, if you're interested, as many are, in taking the counterintuitive route of a shotgun mic in the voice booth.

It's slightly less perfect for capturing location audio where the audio environment is less controlled, though that's only by comparison. It certainly isn't unusable on dramatic productions either on location or in the studio, and the Deity is a reasonable bet for short filmmakers who want something a little better than the preexisting options at this sort of price. As with many such devices, the pickup pattern plots suggest that the extra ambient sound comes largely from behind the mic, which may help if the only object in that direction is the sky, a ceiling, or a carpet. The idea, promoted by the company, that its performance as a location mic is comparable to the Sennheiser MKH-60 is a pretty reasonable one.

At 250mm, the Deity is a little shorter than the 280mm MKH-60, which itself isn't an enormous microphone, so Aputure's product ought to fit many of the common accessories used with short gun microphones. It also raises the question as to whether Aputure might choose to produce a longer rifle mic in future, with more extreme off-axis rejection for less ideal location shoots; it would certainly make sense in terms of a product range.

Aputure tell us that the electronics are encapsulated for proof against water, which should make the microphone all but immersion-proof, but we'll know in a year or eighteen months as to whether there are any long-term problems with robustness. The only real query is the mic's striking visual resemblance to an MKH-416. There may be technical, acoustic reasons why the casing has to be made with lateral slots down the side and a striated front cap, in which case apologies go without saying, but you can’t help thinking it would have been better to avoid any resemblance to a competitor if that could reasonably have been done. N

Otherwise, in a world where so many independent productions suffer terrible audio, Aputure's Deity short gun microphone is a welcome development. It's a field of such specmanship and subjectivity that it's difficult to give a new product an unconditional recommendation, but it should certainly be on the list of things to look at for anyone putting together an audio kit on a budget