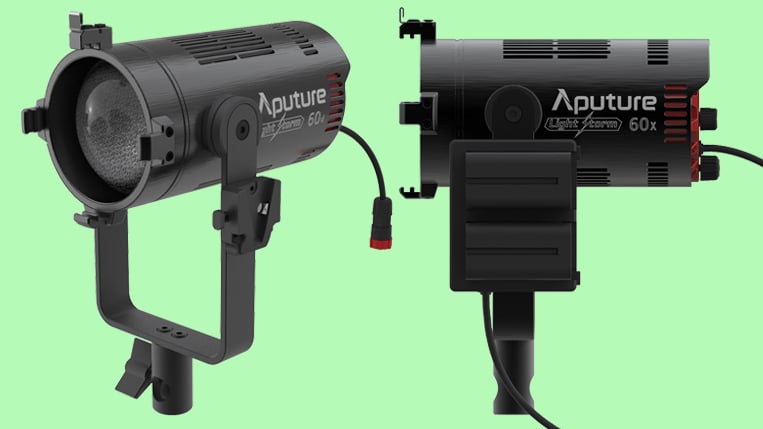 With the 300X out and the high-power 600D LED hard light presumably due soon, Aputure could hardly be accused of resting on its laurels.  Recent news of the 60 series, introduces not only two new lights but potentially a whole new ecosystem of miniature accessories.

The new 60-watt lights come in two guises: a daylight 60D and mixing 60X, and they’re very compact.  A 60-watt light is reasonably small in terms of both physical bulk and power level, more an alternative to a Dedolight than a Redhead, so it makes sense that a degree of beam control, from 15 to 45 degrees, is built in.  Stacking almost any sort of optics on the front of a light inevitably means losses, so we’ll look forward to getting a meter in front of the 60D and seeing what it can do. 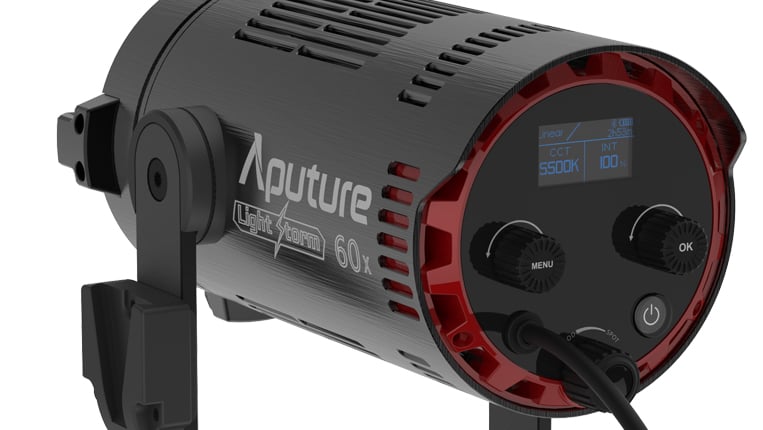 Modest power consumption brings us something else: the 60-series take D-tap or mains power, but they will also run from Sony NP-F camera batteries via an included plate.  One NP-F gets you half power, two gets you full power.  Battery power is one of the biggest promises of LEDs, which is good if we’re hiking the rainforest (or stealing a shot where we really should have permits.) The practical problem with this is that running a 300-watt light for any decent period of time costs more in batteries than it does for the light, so an NP-F option is good for people who may already have a backpack full of suitable power. 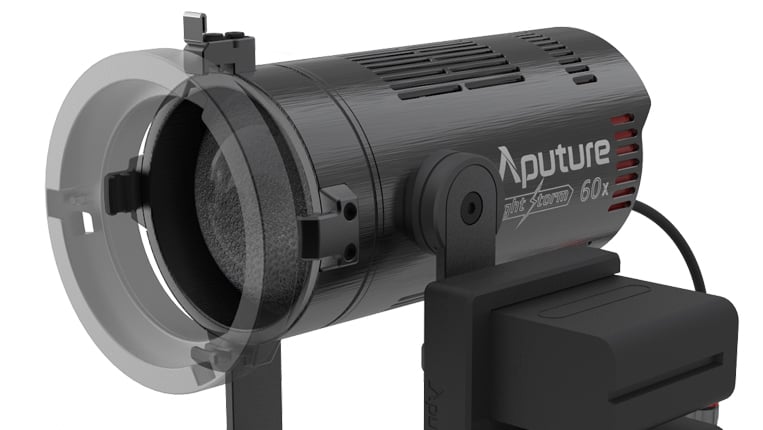 The small-diameter 60-series sensibly omits the Bowens mount. It would have made them rather larger than necessary, though there’s an optional Bowens adaptor for anyone who already owns compatible modifiers.  Perhaps the star of the show, though, is a new projection attachment, a diminutive, variable angle version of the company’s existing spotlight mount (Spotlight Mini Zoom). There is, naturally, compatibility with the company’s existing network radio option and a host of other electronic features. 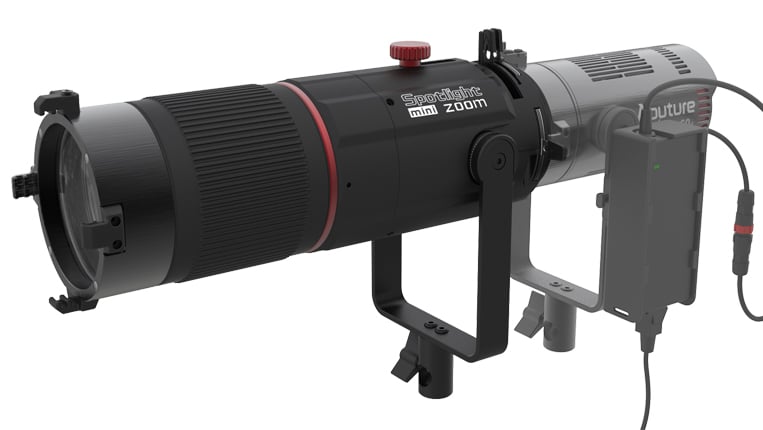 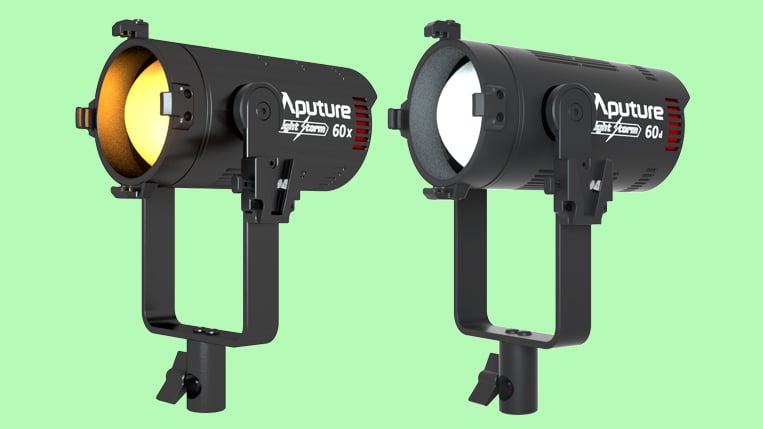 We might regret the lack of a single-purpose tungsten option, but it’s clearly something the market has decided against. For some people the 60-series might be a highly portable interview kit; for others, a tabletop setup for pack shots.  It arrives in a market where things like the Practilite 602 and 604 series already exist, so there will be a competition; it may be that Aputure’s cute little baby lights are distinguished by the range of accessories that might emerge.