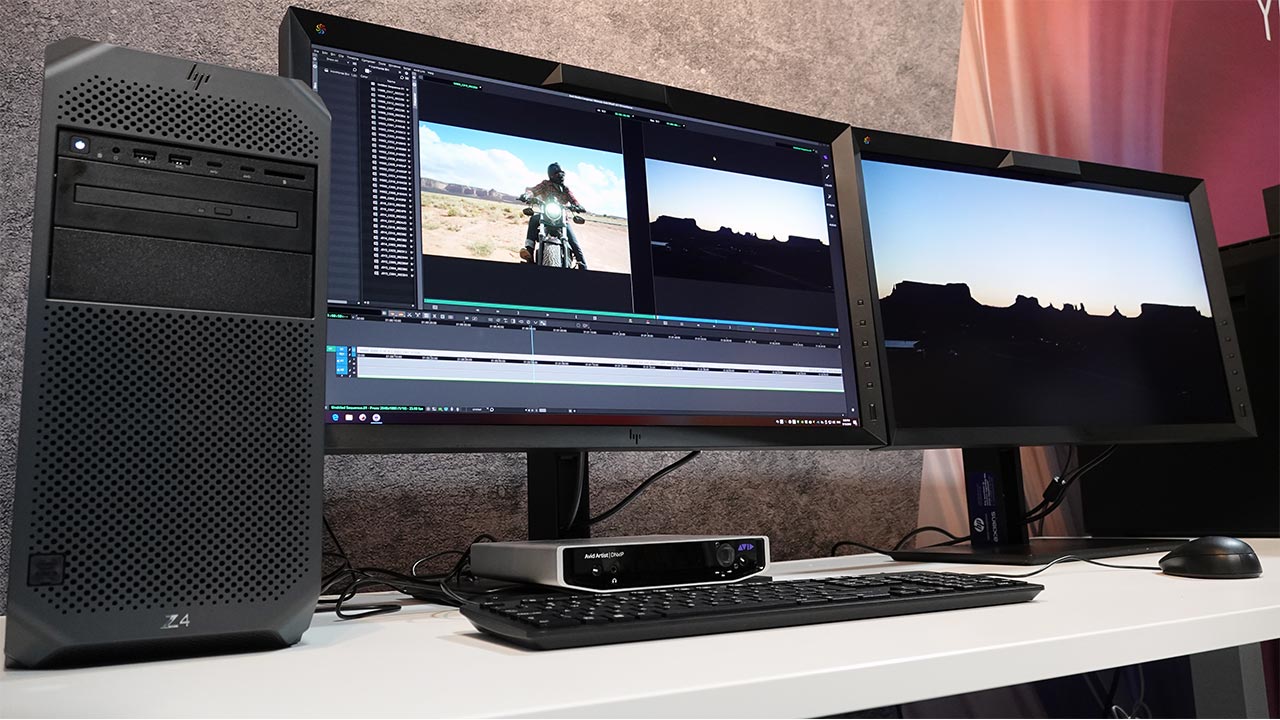 What hardware do you need for editing, color-grading, and special effects? HP thinks that it has the answer, and you can see it all at IBC2019.

The ideal workstation & display combination is different for editing, grading, and special effects. HP presents good choices to IBC visitors. Here’s how its solutions can fit your work.

What’s your job? Here’s your workstation

Let’s be clear. A “workstation” for an IBC visitor is more than the box. The display is equally important. HP makes the choice clear and fits editing, grading, SFX and remote access options on a single wall.

Starting with the HP Z4, HP delivers a highly configurable workstation that makes a great platform for editing and special effects. If you are running After Effects & Premiere Pro or DaVinci Resolve then you will configure this single CPU system with a Xeon W family or Core X series processor, with an eye more to the maximum frequency rather than maximum cores.

You’ll then pack it with one or more GPUs, and the Z4 supports two double-wide graphics cards like NVIDIA’s Quadro RTX 6000. Memory capacity is no problem as it goes up to 256 GB. 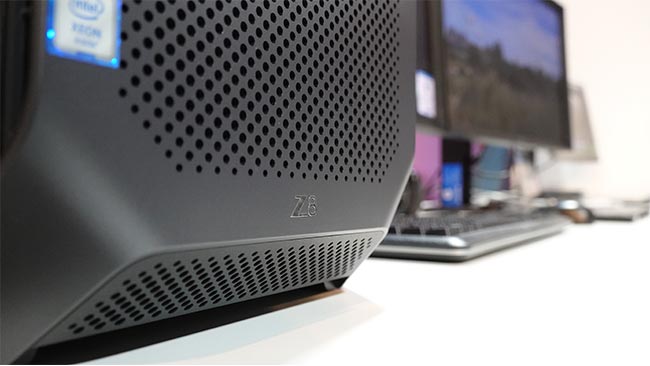 With its configuration options and high performance, the HP Z8 is the workhorse workstation for media pro's

HP says that its HP Z8 is the workhorse system for creative professionals. I would say that it provides the most flexible system configuration and the maximum capacity. For those of you who need one or the other or both, that is critical.

Flexibility and performance come in spades. Multiple CPUs and multiple GPUs lets you mix, match, and tailor the system to your workflows.

You get the point.

Calibration or curved – your choice

HP is showing their DreamColor Z27 and Z31 displays with these workstations. Yes, they have the resolution options and color support that you expect. These displays also have an integrated processor running Linux. And that enables support for industry standard and custom LUTs and self-calibration. 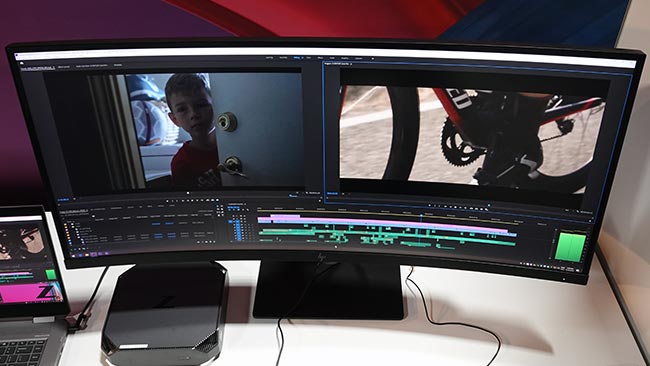 HP is showing the HP Z38C curved monitor running Premiere Pro on a Z2 Mini. I would say that the Z2 Mini is going to be under-powered for most of us, but the Z38C curved display looks great for anyone dealing with timeline work – audio or video. Its 21:9 aspect ratio sports a resolution of 3840x1600 pixels. No, it’s not 4K, but the format is perfect when you need that extra horizontal desktop.

Maybe the coolest feature at HP’s IBC booth is its RGS, Remote Graphics Software. I mean, if I have a beautiful, fully decked out HP Z8 in the office, I might still want to have dinner with my kids and then get some work done after they go to bed, right? RGS lets me do that. In fact, it lets me do more than that. I can connect to more than one workstation from anywhere, even from Amsterdam. 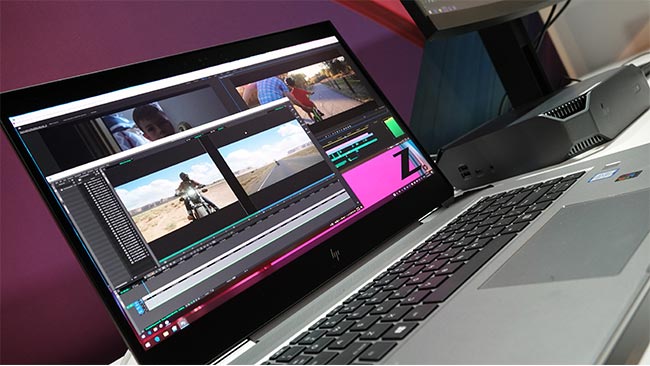