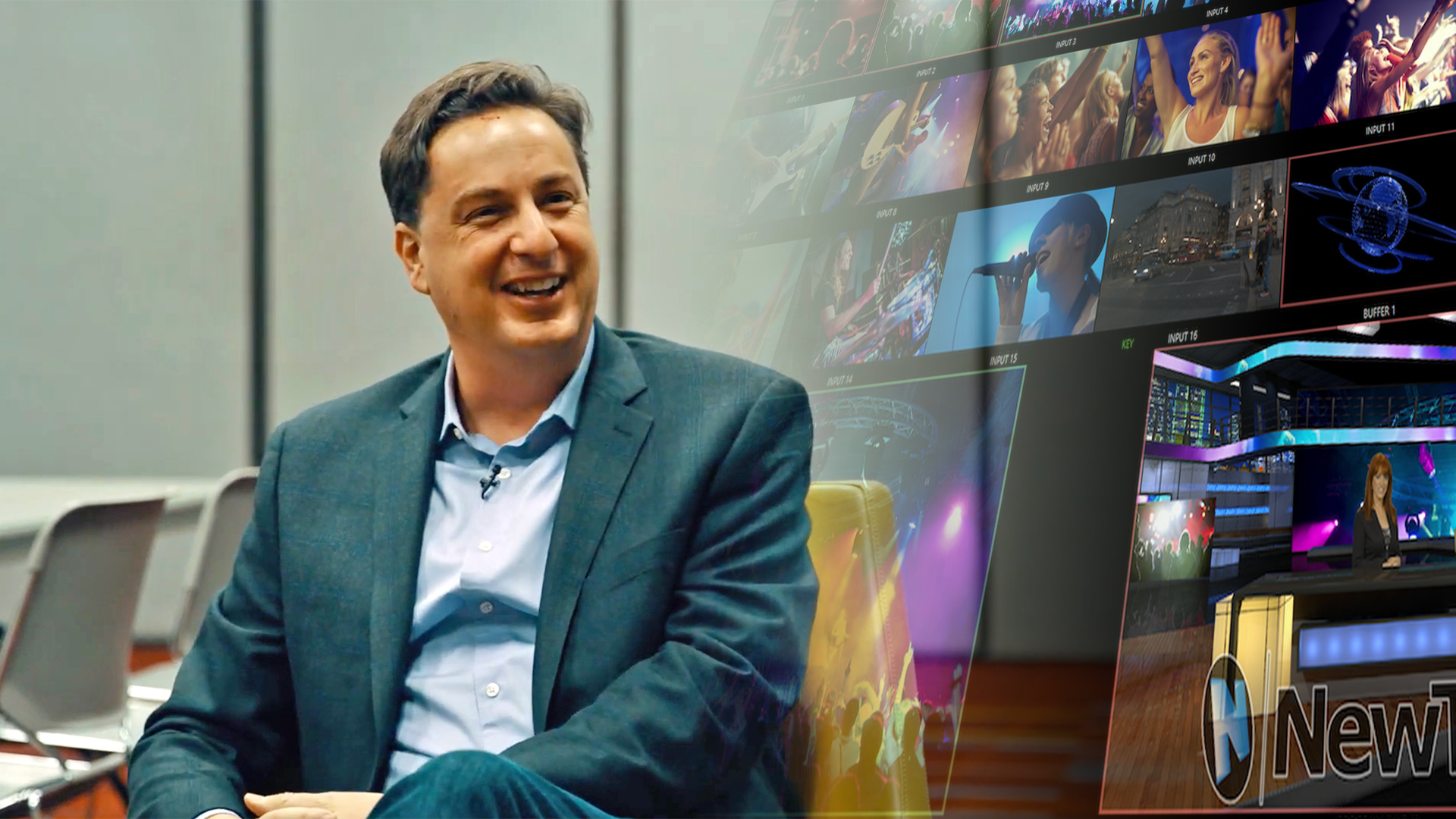 Dr Andrew Cross spoke to us recently about how video networks work, why NDI has been successful, and about the merger of NewTek and Vizrt. Although we say so ourselves, this is a fascinating interview!

I've known Andrew Cross for a while now. Long enough to say that he's the sort of person you could calibrate the word "genius" against. He speaks with the sort of clarity that's rarely seen in excecutive interviews.

And what he speaks about is fascinating. Live production is rapidly moving towards a video cable free environment. Networks have been tamed and put to work on the task of simplifying production set-ups and increasing what's possible in a live situation. There's a sense of excitement about what's happening, as theory is put into seriously useful practice.

Watch the interview below, shot in an unattractive room at NAB 2019.

Meanwhile, here's a link to our RedShark Connect event in Berlin last week, when we put NDI to work in a live stream of our panel discussion, with panel guests including Alex Hobern, winner of Chanel 4's The Circle, and Julia Young, who was demonstrating Adobe's Character Animator: an application that creates a live animated character that follows an actor's movement on a webcam. (Note that there was some confusion about when the actual stream started, so there's just a caption at the start - and the sound's a bit low!). Thanks to our Partners at this event: NewTek, BirdDog, Sony and Adobe.