Review: The Mac Mini's grown up. It's now an entry-level workstation 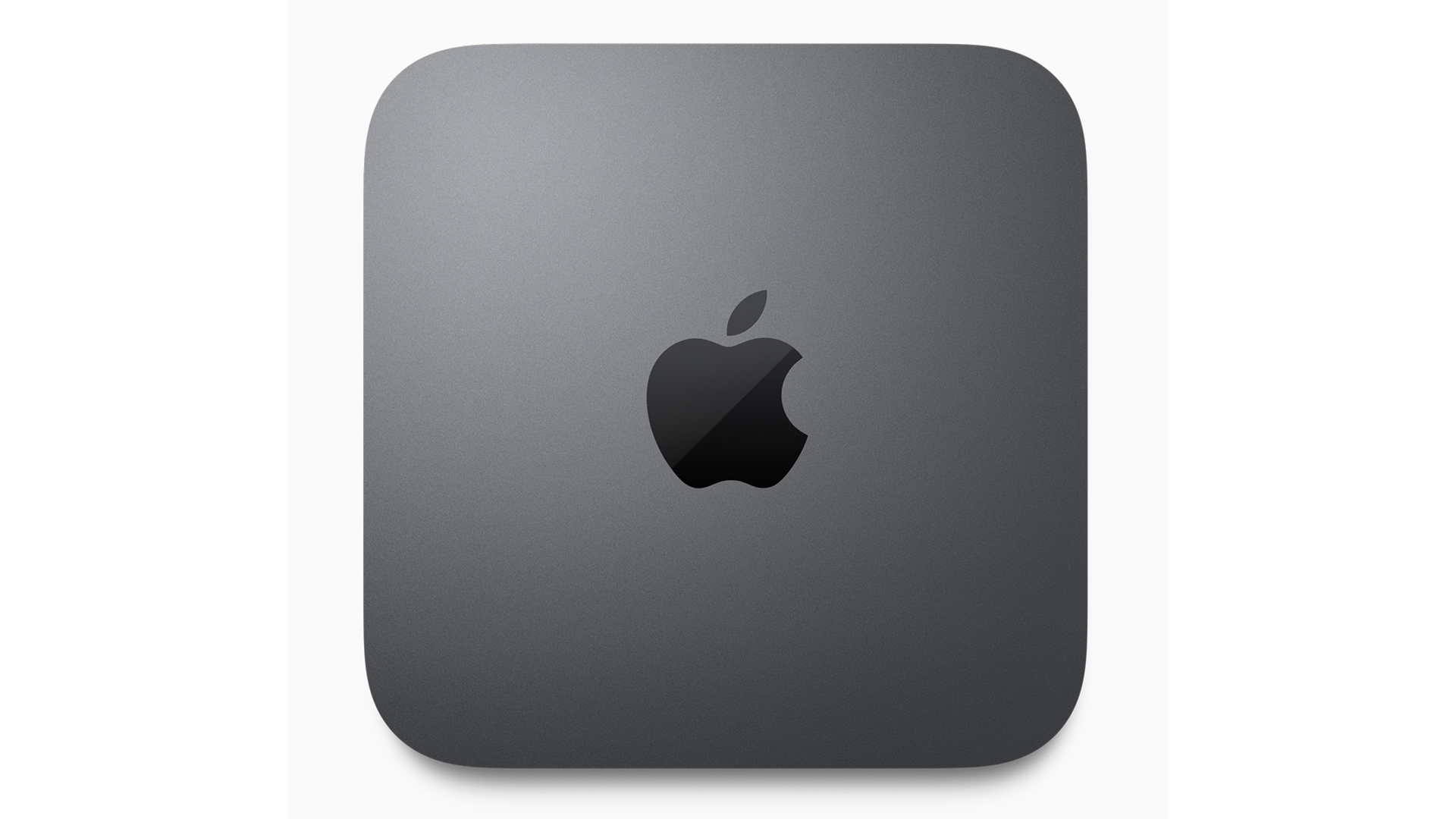 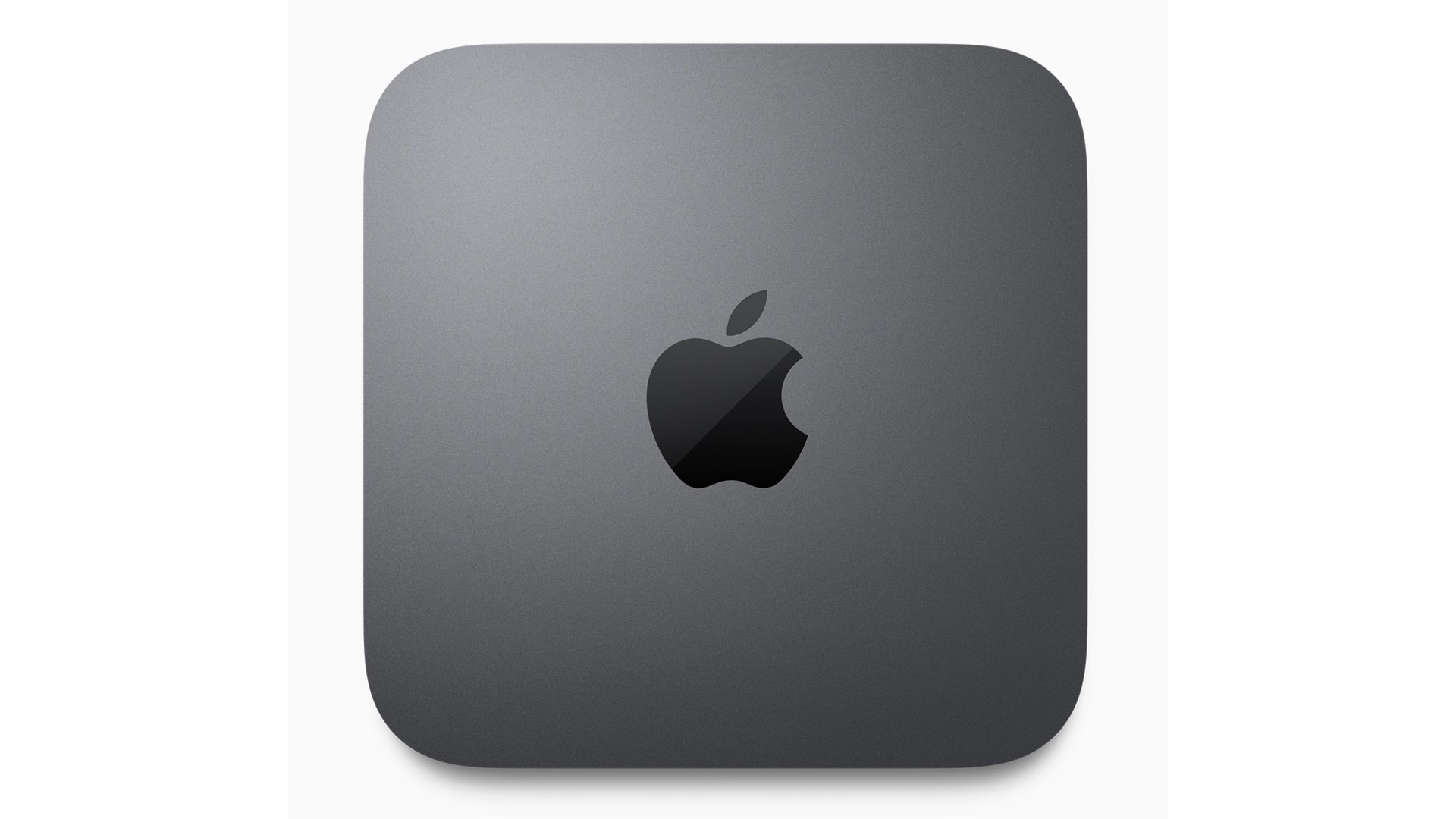 Is Apple's new Mac mini the mini marvel you've been waiting for?

It's hard to pigeonhole the new Mac mini into any specific market, since the size and modular design fits the needs of many different users. Data centers, servers, and Compressor encoding clusters come to mind. But it's also ideal for many location productions, such as stage lighting and sound control. If you are replacing an ageing computer, already own the other peripherals, and prefer the macOS ecosystem, then the new Mac mini may be enticing.

The 2018 Mac mini features a familiar form factor that's been revamped with a new thermal architecture, bigger fans, and redesigned power supply. It features eighth-generation Intel Core i3 quad-core and i5 and i7 six-core processor options, RAM that tops out at 64GB, and flash storage (SSD) up to 2TB. Connectivity includes four Thunderbolt 3/USB-C ports (two internal buses), HDMI 2.0, two standard USB 3.1 ports, Bluetooth, wi-fi, a headphone jack, and an ethernet port. The latter can be bumped up to 10GigE in built-to-order machines. Apple loaned me a six-core 3.2 GHz i7 model with 32GB of RAM and a 1TB SSD. The Mac mini starts at $799 (US), but this configuration would cost you $2,499 (US). 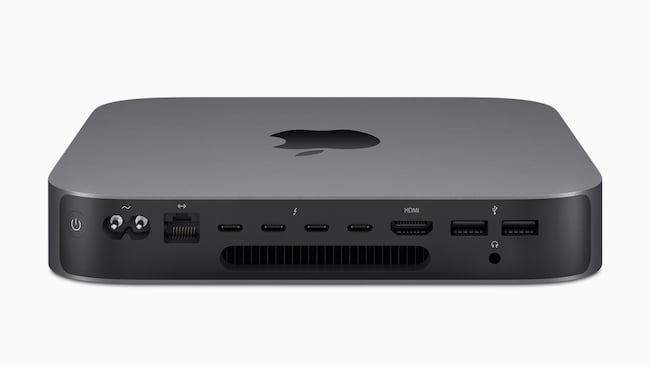 Many have asked online, "Why is the only GPU choice an Intel UHD Graphics 630?" We are now in the era of external GPU devices and Apple has clearly designed the mini with that in mind. There are many applications where a powerful GPU simply isn't necessary, such as standard desktop computing, like surfing the web, home accounting, and writing. But also, most pro audio, most graphics and photography, and creative editing that isn't very effects-intensive will work just fine with this Mac. If you need or want more GPU horsepower, then add an eGPU to the mix. (An upcoming review will assess the performance of the Mac mini together with a Blackmagic eGPU Pro.) 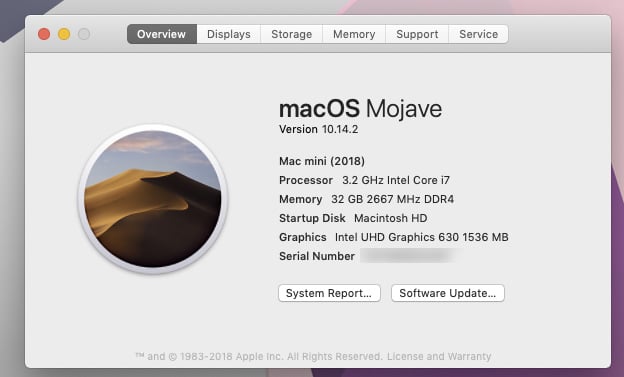 When you first unbox the Mac mini you will need to figure out how to connect an external display. A Thunderbolt 3 display, like the LG UltraFine 5K on Apple's website, or a low-end display that uses HDMI are both clear options. However, if you already own a monitor that connects via mini DisplayPort, DisplayPort, VGA, or DVI, then you'll need to purchase a Thunderbolt 3 adapter specific to that connection standard. Other possibilities include connecting your monitor through an eGPU or a Thunderbolt dock that has the correct ports. I tested both CalDigit and OWC docks with 27" Apple Retina and Dell displays and everything worked fine. A minor issue, but something to consider before you can even start using your Mac mini.

I put the Mac mini through its paces with Premiere Pro, Final Cut Pro X, Blackmagic DaVinci Resolve, and Pixelmator Pro to cover editing, color correction, and photo manipulation. Although I didn't test the Mac mini extensively with Logic Pro X, this computer would also be a good choice for sound design, mixing, and music creation. My initial impressions are that this is a very capable computer for creative pros and that the Intel GPU is more than adequate for most tasks. 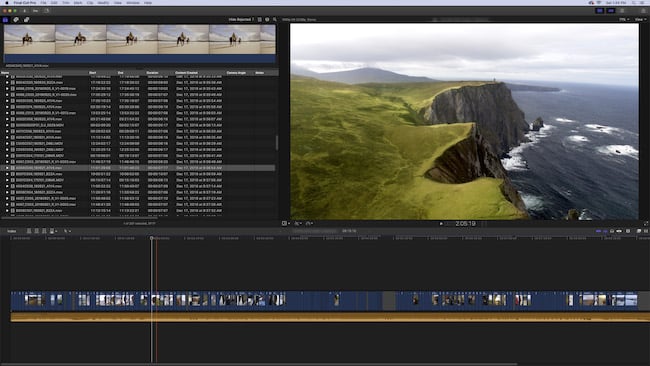 The Mac mini being put through its paces with FCP X

I've been testing the Mac mini with an episode from a real production that I work on, which is a nine-minute-long travel segment edited in Premiere Pro and graded in Resolve. I also brought the Premiere sequence into FCPX for comparison testing. To me that's more telling than any artificial benchmark score. The native media sources are 4K in a 1080p/23.98 timeline. Footage covers a mix of cameras and codecs, including ProResHQ, XAVC, H.264, and H.265. Sequence clip effects include resizing, speed changes, Lumetri color correction (or FCPX's color tools), plus an audio mix. In short, everything that the offline/creative editor used. The Resolve grade consists of 145 clips averaging three to five nodes on every clip. To keep my render tests consistent across several machines, all media and project files were loaded to an external LaCie Rugged portable drive connected over USB-3.

ProRes and H.264 exports from each application were used to compare the Mac mini against two other Macs - my mid-2014 Retina MacBook Pro (the last series with an Nvidia GPU card) and a current 10-core iMac Pro. Naturally the iMac Pro bested all of the times by half or more. The mini's times - using only the Intel GPU - were actually similar to the older MacBook Pro, though noticeably faster with Resolve. The general editing experience was good, but video was a bit "sticky" when scrubbing/skimming through 4K media - thanks to the slow external drive.

Once I moved the media onto the Mac mini's blazingly fast SSD (around 2800 MB/s read-write speeds), the result was a super-responsive editing experience. I don't recommend working with your raw camera footage on the internal drive, so if you edit large projects with a lot of media, then adding a fast, external Thunderbolt 3 drive or RAID array is the way to go. The 1TB size of the internal flash drive is the sweet spot for most editors. Companies with ethernet-based NAS shared storage systems will want to get the 10GigE upgrade when purchasing a Mac mini if they intend to edit with it.

Speaking as an editor and colorist, I've been happy with how the Mac mini performs. Obviously, it's not the most powerful Mac made, but the mini is still a robust creative tool. Do you edit commercials, corporate video, or entertainment programming? If so, then there's very little you'll find issue with in daily operation. The mini presents a good price/performance bargain for editors, musicians, sound designers, graphic artists, photographers, and others. That's even more the case if you already own the rest of the package. When I work on my own, it's either with the MacBook Pro or an ageing Mac Pro tower. I certainly would have no qualms about shifting projects like those to a Mac mini as a replacement computer.