"Hydrogen will become a cinema system disguised as a smartphone". First close look at the still photo capabilities of the RED phone 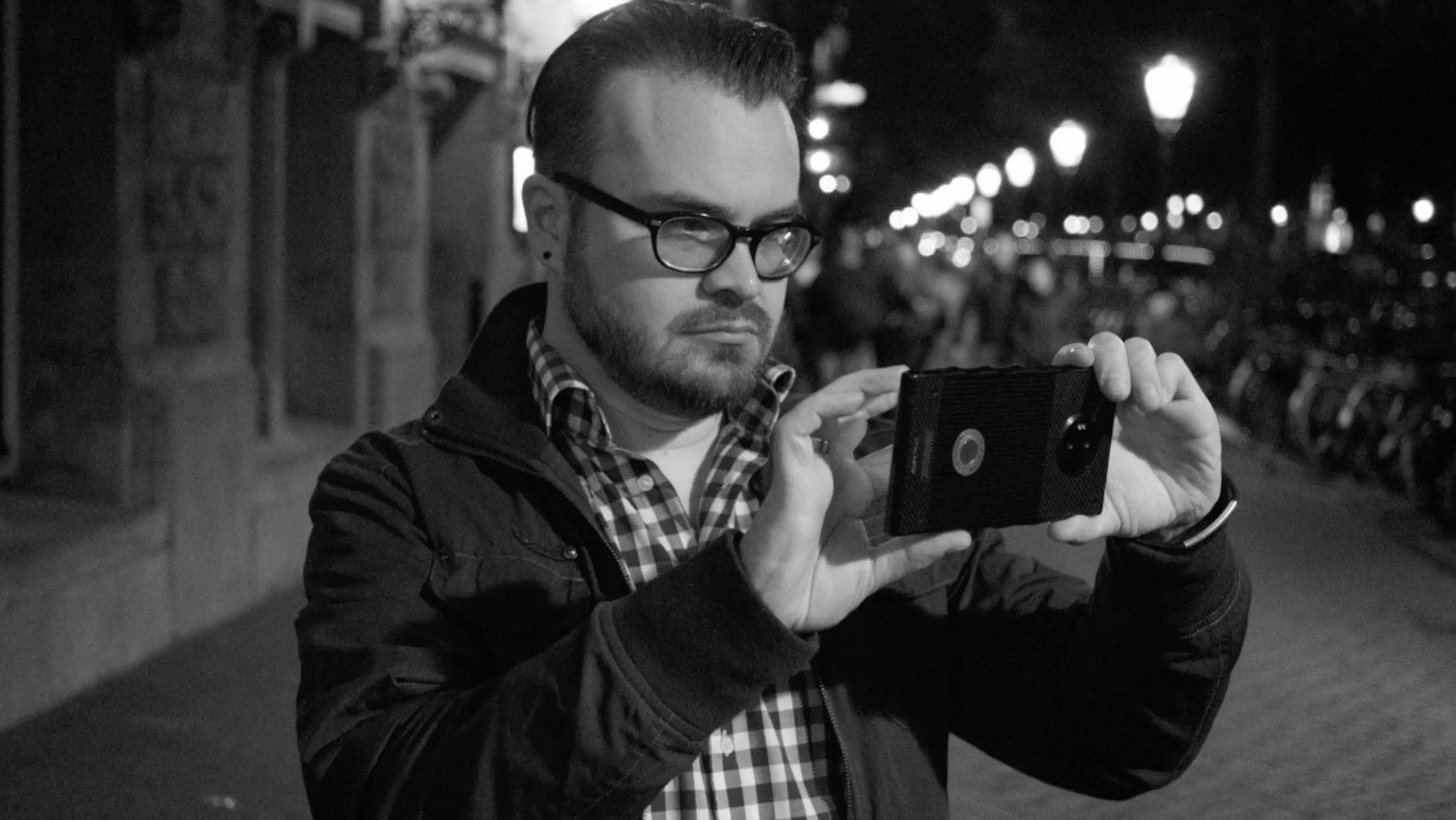 LA-based image technology guru Michael Cioni has made a film about using the RED HYDROGEN phone for still photography - and looks at the implications for the future of this media-oriented smartphone system. As far as we know, it's the first time we've seen anything as detailed as this.

The RED HYDROGEN has been a bit of an enigma since it was first announced. What's been clear all the time, though, is that this is no OEMed smartphone wearing a RED badge: it's about as far from that mundane scenario as you can get. In reality, the RED HYDROGEN is a first product in what is likely to be a range of media-focused smartphone devices, all of which have a high degree of modularity, and hence expandability.

But even the basic phone has a camera system that is beginning to look like it is way better than even Apple's best efforts. That's even without taking into account the "holographic" talents of the device.

Here's a video made by Michael that looks at the Hydrogen's built-in camera in detail.