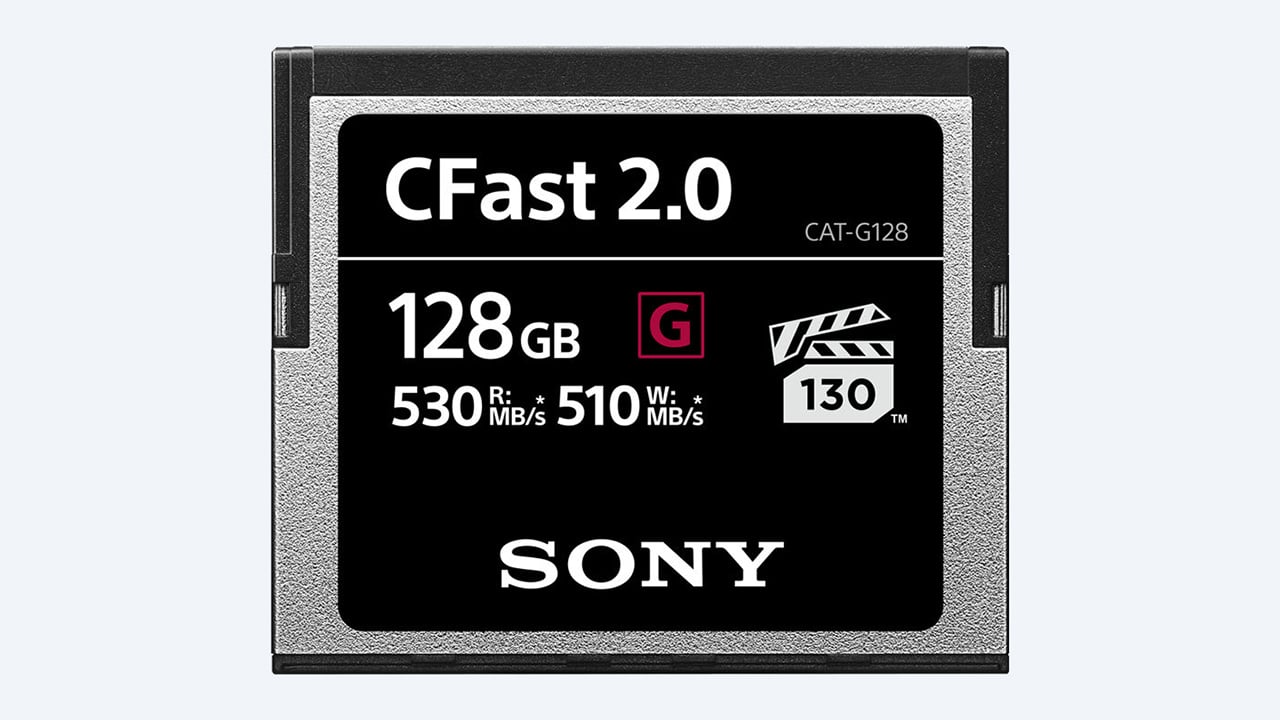 Users of CFast 2.0 cards will have more choice and faster speeds thanks to Sony.

When Blackmagic Design first released the URSA it has to be said that it took a little bit of criticism for the use of CFast 2.0 cards. One of those criticisms was that the cards were expensive, but the other was that nobody else would be using them. Fast forward to now and CFast cards are used all over the place, from external recorders to cameras such as the Canon C200, as well as the URSA Mini’s.

To this end Sony has now released a new set of CFast 2.0 cards as part of its Pro line-up. The new cards support VPG130 (Video Performance Guarantee), which guarantees a sustained write speed of 130MB/s. The maximum write speeds of 510MB/s and read speeds of 530MB/s compare well with, and exceed the specs of the SanDisk Extreme Pro CFast 2.0 cards. However both support the all important sustained 130MB/s figure. In other words, the new Sony cards can sustain a continuous 1040Mbps write speed.

While it would be true to say that SD cards are getting faster all the time, they have yet to reach the heady heights seen here, especially when it comes to sustained speeds. For professional use, too, CFast cards are nice and chunky, and since they can now be used in a variety of equipment they are a better way to spend money on storage than proprietary types that can only be used in a single manufacturers gear.

There’s no word on the pricing of these new Sony cards, but they are set to be released in the first quarter of 2018. The full press release follows on the next page.

28th November 2017, 3pm: Sony today announced the launch of a range of high performance CFast memory cards designed to meet the needs of professional photographers and videographers. The new G Series CFast responds to the ever increasing capabilities of high-end DSLR and 4K cinema-grade broadcast cameras, offering lightning-fast write speeds of up to 510MB/s and read speeds of up to 530MB/s.

Step up to industry-leading write speeds

Designed for strength and reliability

The new CFast cards have passed a variety of stringent drop, vibration, shock and rigidity tests, making them perfect for shooting in many different locations. They work reliably across a wide range of temperatures and are highly resistant to static. With a hard case and Sony File Rescue software included for recovering accidentally deleted photos such as RAW images and videos, professionals can shoot with confidence in the toughest conditions.