High ISO cameras: do we really need cameras that practically can see in the dark? 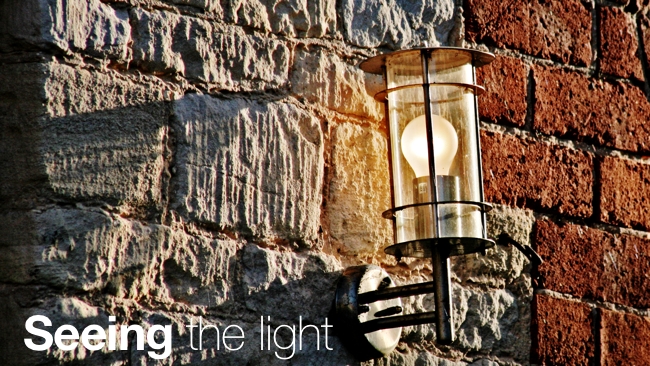 Why is there a constant quest to build cameras that can virtually shoot in the dark? It's OK, as long as we don't forget that our videos and films will always look better as long as they're lit properly!

What’s the most important thing about capturing an image. Any image!

It’s light. Without it there isn’t an image. And if there is light, it has to be the right light. Ever wondered why there are so many wonderful Dutch and Belgian paintings? And quite a few from East Anglia (the portion of Southern East England that sticks out on the right)? Mostly due to the talent of Constable, Rembrandt and Jan Van Eyke, of course, but also because of the light.

This part of Europe isn’t a sunny place, and I don’t know the exact reason for this phenomenon but the quality of the light from the sky in this region is wonderful for painting. Maybe it’s because it bounces between the clouds and the choppy, uninviting North Sea.

Often, the light in this region is a silvery-grey, but with a luminous, uplifting quality (if you could say that about a cloudy day). And it’s very diffuse: non-directional, in other words. Not so much as to make everything boring, but just enough to avoid harsh, unkind shadows, and to illuminate flowers, trees, houses and people wonderfully.

See textures in all their splendour

I’ve never admitted this in public before, but I once read an article on how to photograph mushrooms and toadstools. Yes. really. Someone actually wrote that. It taught me that the very best time to photograph these sometimes quite exuberant fungi is on a cloudy day. This is because when it’s sunny, the surrounding trees can cast shadows with their branches and their leaves. Dappled sunlight can cause chaos for exposure and can ruin any chance of capturing textures in detail. In bright, overcast light, you can see textures in all their splendour: nearly perfectly lit.

Sunlight can be wonderful, but it’s rarely better than in the “Golden Hour” just after dawn and just before sunset.

When you’re designing a film set, lighting is everything. There’s almost nothing that can have a bigger effect on the visual mood of the scene than the lighting design. These days you can do a lot in post production, but it always works far better if you get it right in the actual, physical, scene, than by trying to fix it afterwards. For one thing, the scene will be recorded using all the digital bits available. The only way to change lighting in post is to “stretch” things - and if you take that too far, the stretchmarks will be visible in the form of contours and noise. It’s a sure sign that a film has been made on a very low budget or by inexperienced producers and directors is that post production effects have been used to compensate for poor lighting. (Some would argue that this is a very good reason to have cameras with very good low light abilities - and I’m not arguing against this.)

If you think about it, light is information. It’s the only thing that can tell a camera about a scene. Without it, there is no information. If there’s not enough of it, the information about the scene will be vague, ambiguous, and - inevitably - noisy.

And it’s not just the quantity of light that matters. It’s the direction and the quality of it. There are dozens of factors that determine how a scene should be lit.

I should probably say at this point that despite the appearances of the above, this is not an article about lighting. It’s about the seemingly unstoppable quest to produce cameras that can almost shoot in the dark.

The thing is, I don’t really understand it. I’ve spent my whole life trying to take good pictures, still and moving, and I’ve studied fine art and the history of art (admittedly a very long time ago!) and nothing has ever suggested to me that a better way to do would be to work in conditions where you can hardly see.

I’m obviously impressed by the rate at which new technology is able to bring us cameras that you can use for night-vision, and I would like to be able to use them on certain projects but not because they eliminate the need for light bulbs. What I like about these cameras (the Sony A7S is the one I’m most interested in at the moment - and we’ll getting on to play with very soon) is that they have big sensors, and relatively few pixels. Fewer pixels is not a problem. It’s definitely a good thing in my book, because it means that they’re better pixels. The bigger they are, the more light they capture, and, of course, the better they work in low light. But they work better in good light too. With more light falling on each photosite (the microscopic light -sensitive elements on a sensor) they can output a cleaner picture: cleaner because there’s less noise. And less noise means a lower noise floor and therefore a bigger dynamic range (assessment of dynamic range is always arbitrary to some extent, because you have to make a judgement about how much noise is acceptable).

The Sony A7S has 12 megapixels. You really don’t need to worry about a lack of detail in a 12 megapixel camera as opposed to a 20 megapixel one. Remember that 4K, with 8 megapixels, is only twice the resolution of HD, with only 2.5 megapixels. 4K screenshots can look fantastic. 8K, which is 32 megapixels, is only twice the resolution of 4K. I used to have a Canon 5D MK I: the first in the 5D series. It couldn’t capture video so it didn’t make the headlines in the same way as the MK II did - but it was still a great camera, and it only had 12.9 megapixels. This was never a problem for me. I never thought that any of the pictures I took lacked detail. In fact, I had to update my lens collection because the pictures were so good that they demanded better glass.

The low light performance of the first 5D wasn’t great, and nor was the dynamic range, but it took clear, sharp pictures with good colour.

You need low light when there's no alternative

Now, I’m the first to agree that a low light capability us useful when there’s no alternative. If you’re making documentaries, it could be a lifesaver. But if you’re making films? I suppose you could argue that with a very sensitive camera you’re going to get less noise in the darker areas of otherwise well lit pictures, but if that’s what you’er after, then go ahead and say that that’s what’s important; not the ability to shoot a  football stadium in nothing but candlelight.

(As I write this article I’ve been talking to Phil Rhodes, our Technical Editor. He made a very good point to me that with low-light cameras you can use bigger apertures in low light, which not only gives you fashionable depth of field but uses more of the lens’s glass, to give a better image.)

Some of the early shots that I’ve seen from the Sony camera have been very impressive in their low light-ness, but what you can’t escape from is that if you’re going to shoot a night scene in natural (absence) of light, then any point sources of light that may be present will be hopelessly and horribly over exposed. I saw one demonstration shot that was taken in Las Vegas. As the ISO was notched up, the pictures got brighter until you could probably have seen a black horse walking along a black pavement. But by that time, the streetlights and other artificial sources were hopelessly and horribly over exposed. It was not a good look, and any attempt to make a film in this light would have needed as much set design (to avoid this horrible over-exposure) as if it had been properly lit.

I guess that’s all I’m saying. Low light-capable cameras are wonderful: I love them as much as anyone else. But just don’t expect their amazing ability to see in the dark to replace even one percent of the need to light your scenes properly.