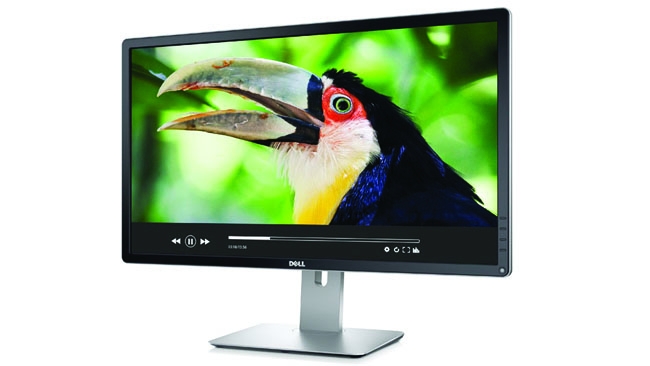 It's getting to the point where the only thing holding people back from buying 4K computer monitors is the scarcity if computers that can output 4K!

We here at RedShark News have been talking a bit about 4K monitors lately, especially with the release of the blazing-fast new Mac Pro. Many of these 4K monitors, including the Sharp that Apple suggests, cost over $3000, but some smaller models, in the 28-inch range, are coming in around $799 to $999. Well, now Dell has a new 28-inch Ultra HD 4K monitor, the P2815Q, and they’ve thrown down the gauntlet with a jaw-dropping price of $699!

Dell previously announced and released a beautiful set of 4K monitors aimed and video, graphics and animation professionals, the flagship 32-inch Dell UltraSharp UltraHD Monitor (UP3214Q) for $3499, and the 24-inch UltraSharp 24 Monitor (UP2414Q) for $1399. Both monitors are terrific to work with on any Mac or Windows-based NLE (non-linear edit system), especially when working with ultra high definition (UHD) content.

But with the rise of these sub-30-inch, sub-$1000 4K monitors, Dell wasn’t sitting idly by. At CES 2014, as companies such as ASUS were introducing their monitors, Dell announced the 28-inch P2815Q, and then priced it $100 less than the competition. Clearly Dell wants to continue being a computer monitor leader; in fact, an unofficial survey shows that many Apple and Windows users have happily worked with Dell monitors over the past decade.

Let’s take a look at the Specs:

Connectivity
1 DisplayPort
1 Mini DisplayPort
1 HDMI (MHL)
1 DisplayPort out (MST)
1 USB Upstream
4 USB 3.0 ports - Downstream (3 at the bottom, 1 up to 1.5A charging port with BC1.2 compliance devices at the back)

Overall, the Dell 28 Ultra HD 4K Monitor has impressive specs, and is perfect for editors, graphic designers and animators alike. With the rise of 4K production, these 4K monitors are critical for getting the picture right in post-production. Find out more at Dell’s website.