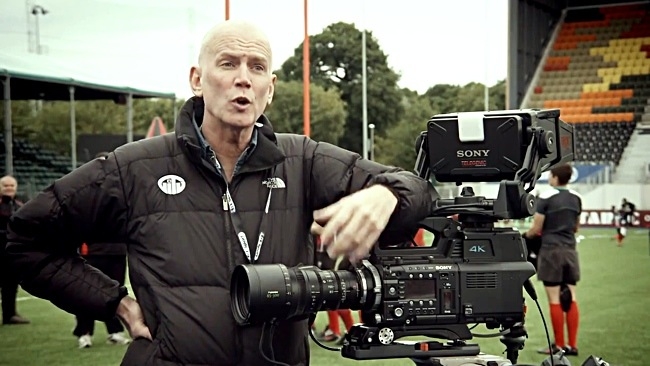 Sony put on an incredible show at the IBC in Amsterdam, and to cap it all, they hosted the world's first live 4K transmission from a rugby match. Filmed live by multiple 4K, studio-equipped F55 cameras, the feed was encoded and sent via satellite to the RAI centre in Amsterdam.

We were there, and beforehand, we spoke to Sony's Peter Sykes (who you can see in the video), who explained the rather complex transmission path to us. You can see all this in Sony's video.

We think it's impressive that end to end 4K workflows and transmission paths exist and can be demonstrated so successfully. What we take away from this - more than the quality of the pictures themselves - is that Sony was so confident in its ability to achieve this demonstration that they were happy to present it to the thousands of people, live. That's something you don't do if you don't think it's going to work very well.