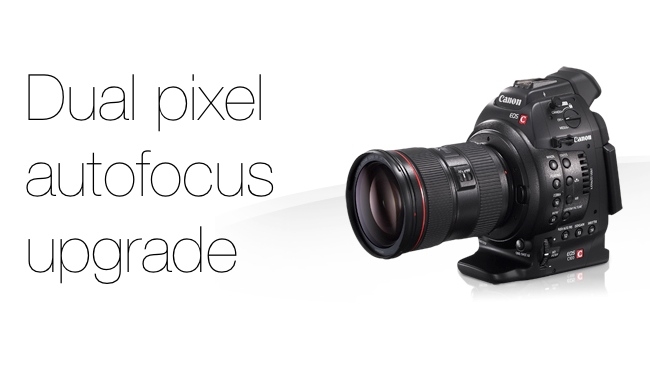 The modification will allow continuous autofocusing with the company's entire EF lens lineup and making it more attractive than ever to compact production crews.

Expected to be available in February 2014 for around $500, the upgrade will unfortunately require the camera body to be shipped to a Canon service centre, but will really ramp up the EOS C100's autofocus functionality as a result.

First deployed on the EOS 70D launched in August, it promises to be a considerable boon for anyone working with moving subjects and will allow for a smoother, more natural autofocus. As Canon itself says with a certain degree of understatement, this is "a capability that can be particularly beneficial when operating with a small production crew, electronic news gathering, or run-and-gun documentary-style shoots".

The technology makes use of the company's proprietary CMOS sensor technology and adds a new structure that both captures light and performs phase-difference detection autofocus for subjects positioned in the centre of the imaging area. The complementary use of the contrast signal achieves advanced AF stability that helps reduce the occurrence of image blur, while the inclusion of an AF Lock function contributes to expanded shooting flexibility through focus preset. This allows users to set a desired focus distance in advance, as well as the ability to alter the photographing range or composition after establishing focus.

The upgrade also promises to roughly double the speed of the EOS C100 camera's One-Shot AF function, allowing users to focus on a subject located at the centre of the screen with the push of a button, a feature that is currently supported on 104 Canon EF lens models.