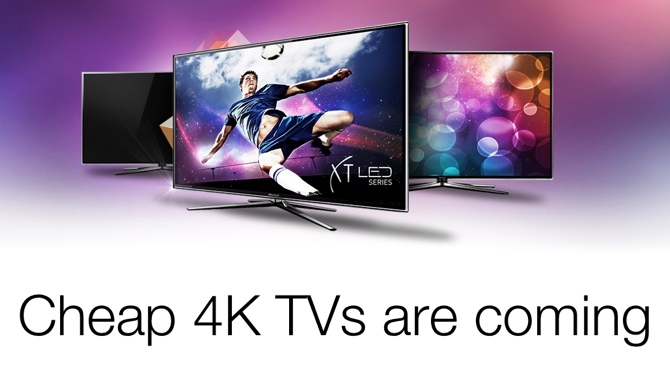 We don't want to labour the point, but 4K televisions are coming faster than most people think they will.

Yesterday, Hisense unveiled their plans for a range of 4K TVs with somewhat more practical sizes than the admittedly lovely 84" 4K Bravia from Sony.

Their 50", 58' and 65" displays won't give quite the same big-screen cinematic experience but when they are shown at CES 2013 - only around two months away - they'll demonstrate that the 4K bandwagon is definitely rolling towards us. (And don't be surprised if they're joined by untold numbers of other 4K TVs - not to mention consumer 4K camcorders).

We don't have any information on pricing yet, but we're just guessing that they'll cost less than the already announced Sony and LG 4K offerings.

We're not sure whether 4K TVs are the chicken or the egg, but we do know that pretty soon there's going to be a huge omlette.