Firmware version 2.0 has been released for the Sony FX9, bringing with it new recording modes and 16-bit raw output amongst other things. 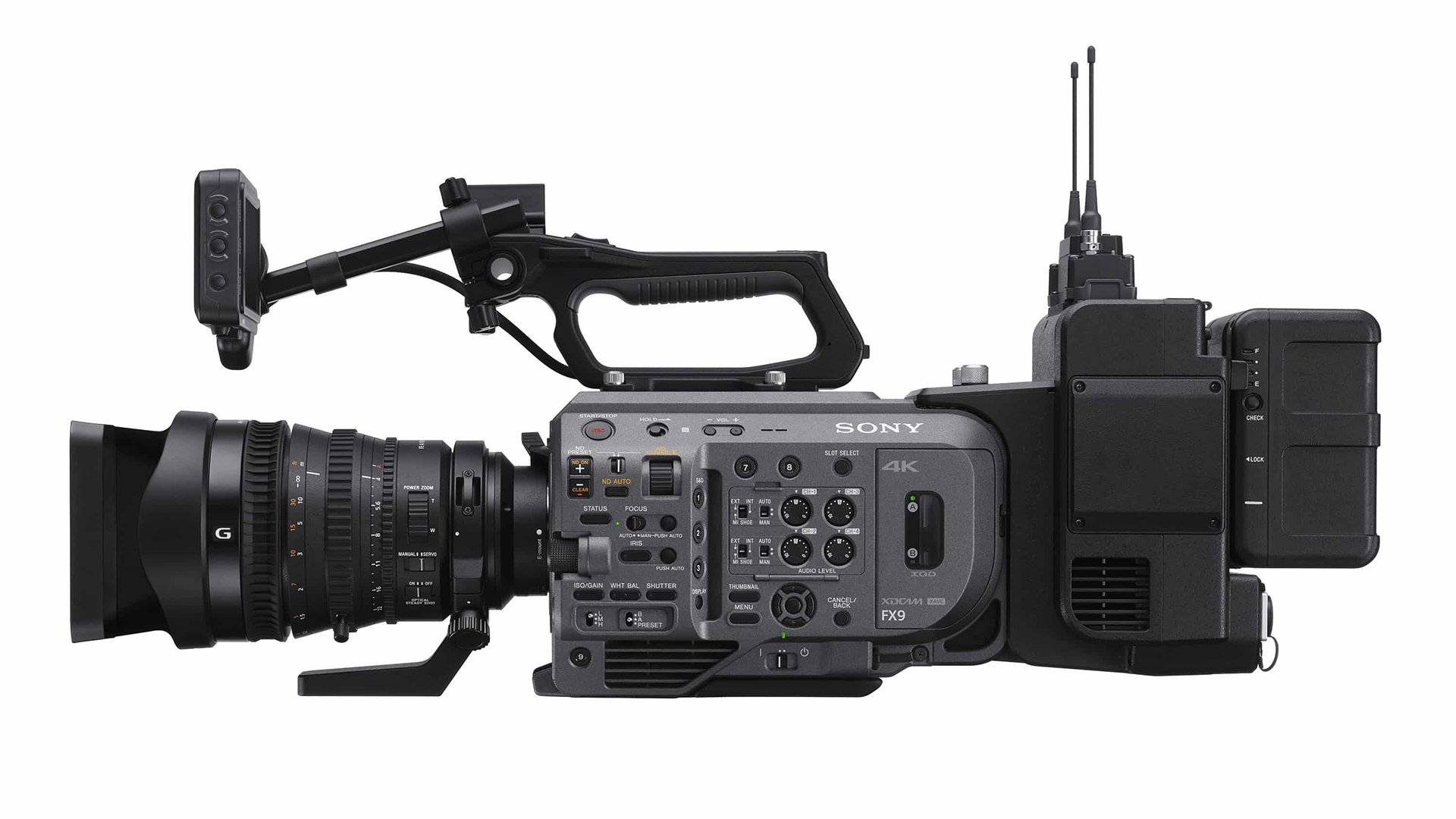 Firmware version 2.0 is now available for the Sony FX9. The new upgrade can be downloaded for free from Sony’s website and includes some very substantial new capabilities.

Users can now upload CUBE files to the camera that have been created using RAW viewer or DaVinci Resolve etc.

RaW can now be output from the RAW OUT connection on the optional XDCA-FX9 unit.

HLG is now supported in two different flavours. Natural, which conforms to ITU-R, BT.2100(HLG), and Live, which does the same but delivers improved HDR performance.

Autofocus has been improved with the addition of eye recognition. A Flexible spot or zone function has been added, which can be moved on the screen using touch operation. AF transition speeds and AF subject shift sensitivity can now be assigned to assignable buttons.

Face/eye detection AF has been improved in Cine EI mode when the gamma is set to S-Log3.

Additionally some settings can now be modified from the status screen, either by touch or by using the mult-function dial or multi-selector.

More framerate options have been added too the Slow & Quick Motion operation with the addition of 150fps and 180fps in FF 2K mode.

Wireless mics can now be used by inserting a portable wireless tuner into the wireless receiver slow on an XDCA-FX9. The URX-S03D UHF Synthesised Diversity Tuner and the DWR-S02DN Digital Wireless Receiver are supported.

A smartphone can now be connected via a USB cable to an XDCA-FX9 (option) attached to the camcorder, allowing the camcorder to connect to the internet using the smartphone.

Passwords used for basic authentication now must be 8 characters or longer and contain
at least one alphabetic character and one numeric character, respectively, for enhanced security.

The firmware can be downloaded immediately from here.