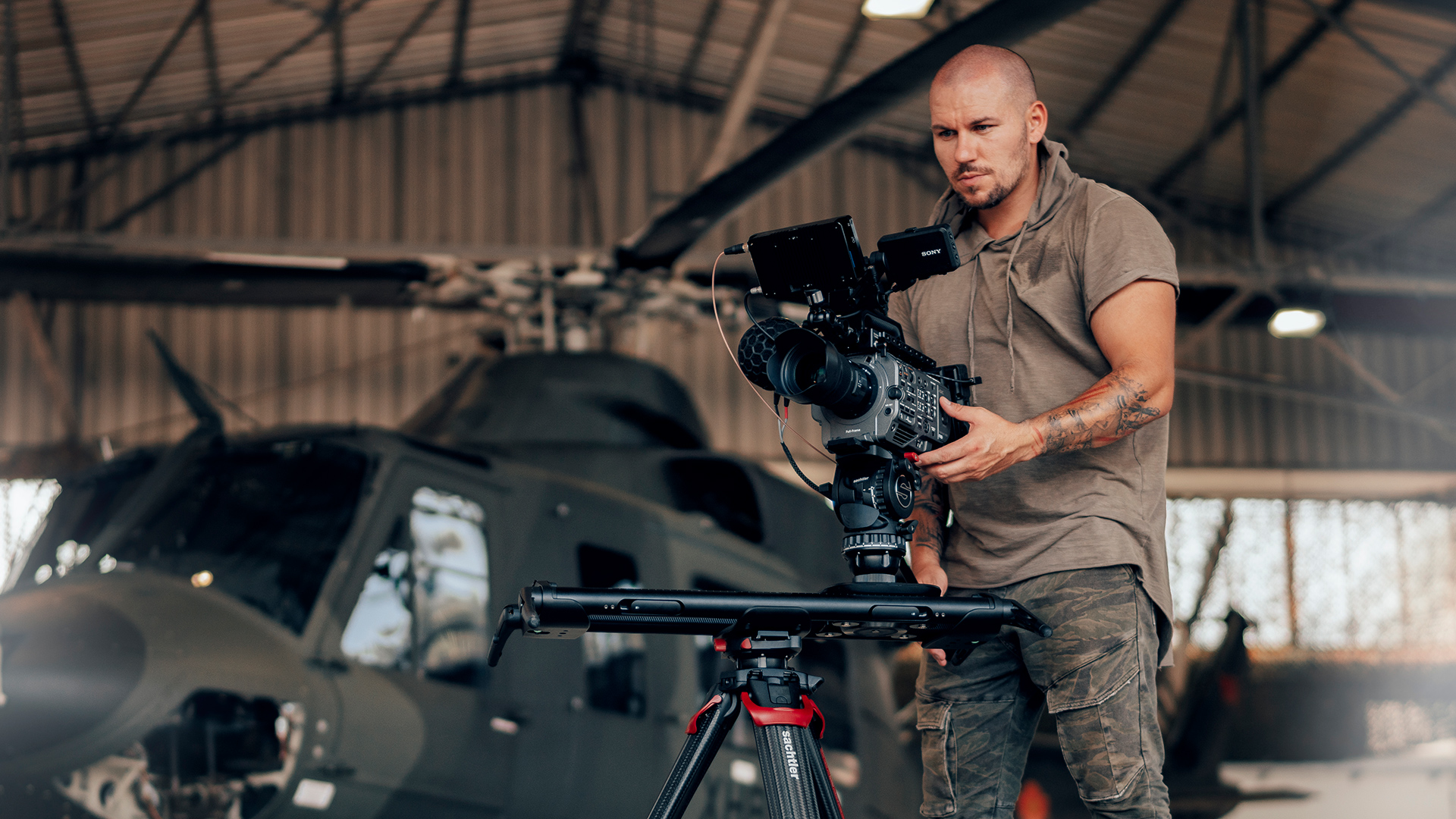 Tripod design is one area of camera kit that has barely changed in decades. In recent years companies have been taking a fresh look at how things can be improved. Most of these advances have come by way of leg design, making it easier to adjust the height and to pack and unpack the system. But whilst small advances have been made to fluid head design, much of this has been internal rather than being too apparent to the operator. Primarily the way we adjust the level of the camera and attach the head to the sticks has remained basically the same. 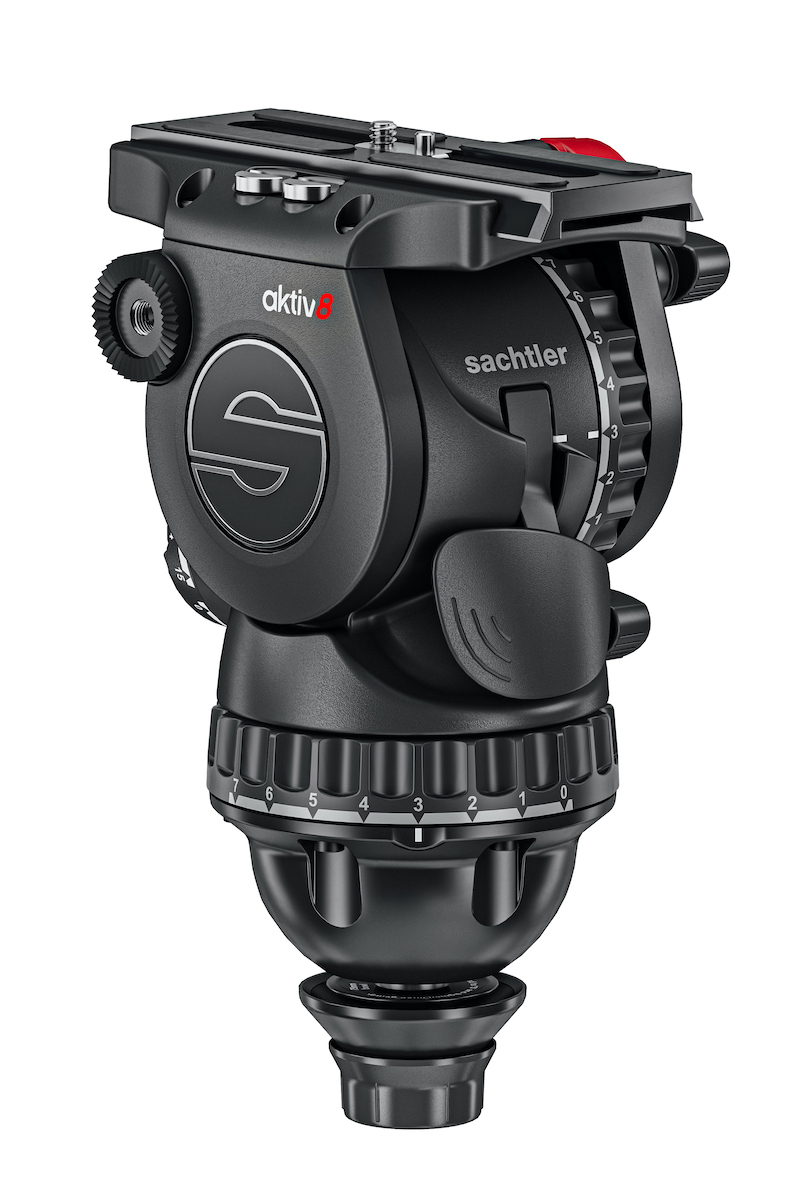 Traditional professional tripod heads mount to the leg base by way of a bowl. This is what forms the basis of the ability to rotate the fluid head to level it. This is then fixed in place by a screw clamp mechanism. It works pretty well, but the screw clamp can hang quite low and prevent the tripod from truly reaching ground level.

Sachtler’s new activ fluid head system nit only speeds up fluid head levelling by eliminating the need for the screw clamp. This means that on the company’s own flowtech leg system, the camera can now be placed at ground level without the need for a hi-hat. In fact the new activ system can go lower than a hi-hat.

The activ fluid head has a three-position lever on the front, something Sachtler is calling SpeedLevel, making it easy to hand during operation. Lift it all the way to the top and the head can simply be lifted right off the tripod (SpeedSwap) with no need for unscrewing anything. Put the lever in the middle position and you can adjust the level, while in the lower position the head is clamped in place. 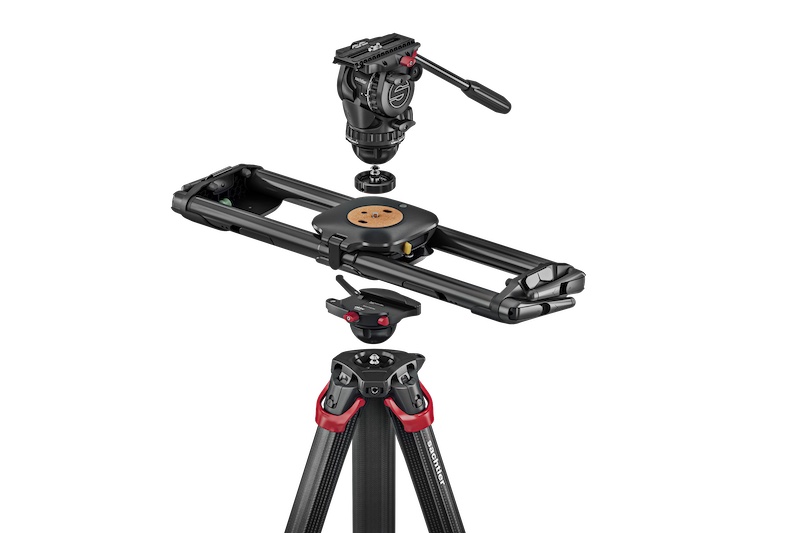 The ability to quick release the tripod is important because it means that users can quickly swap and mount a device such as a slider to the tripod with a minimum of fuss. It’s a feature I can appreciate having often left the slider at home due to the sheer hassle of swapping the tripod configuration.

The new head system is available in four models, the activ6, activ8, and activ10. The first two models both fit to a 75mm bowl and are available in ‘side load’ or ‘touch and go’ camera plate options. The activ10 fits to 100mm bowls and features a side load camera plate. The maximum payload for the activ8 and activ10 is 12kg, while the activ6 can cater for loads up to 8kg. All heads have been designed to cope with extreme weather conditions.

On the face of it this might sound like a small advance, but when you consider how many times you will adjust the head during an average day this could speed up things quite dramatically!

More information can be found on the Sachtler website, and the new system starts at US$1525.