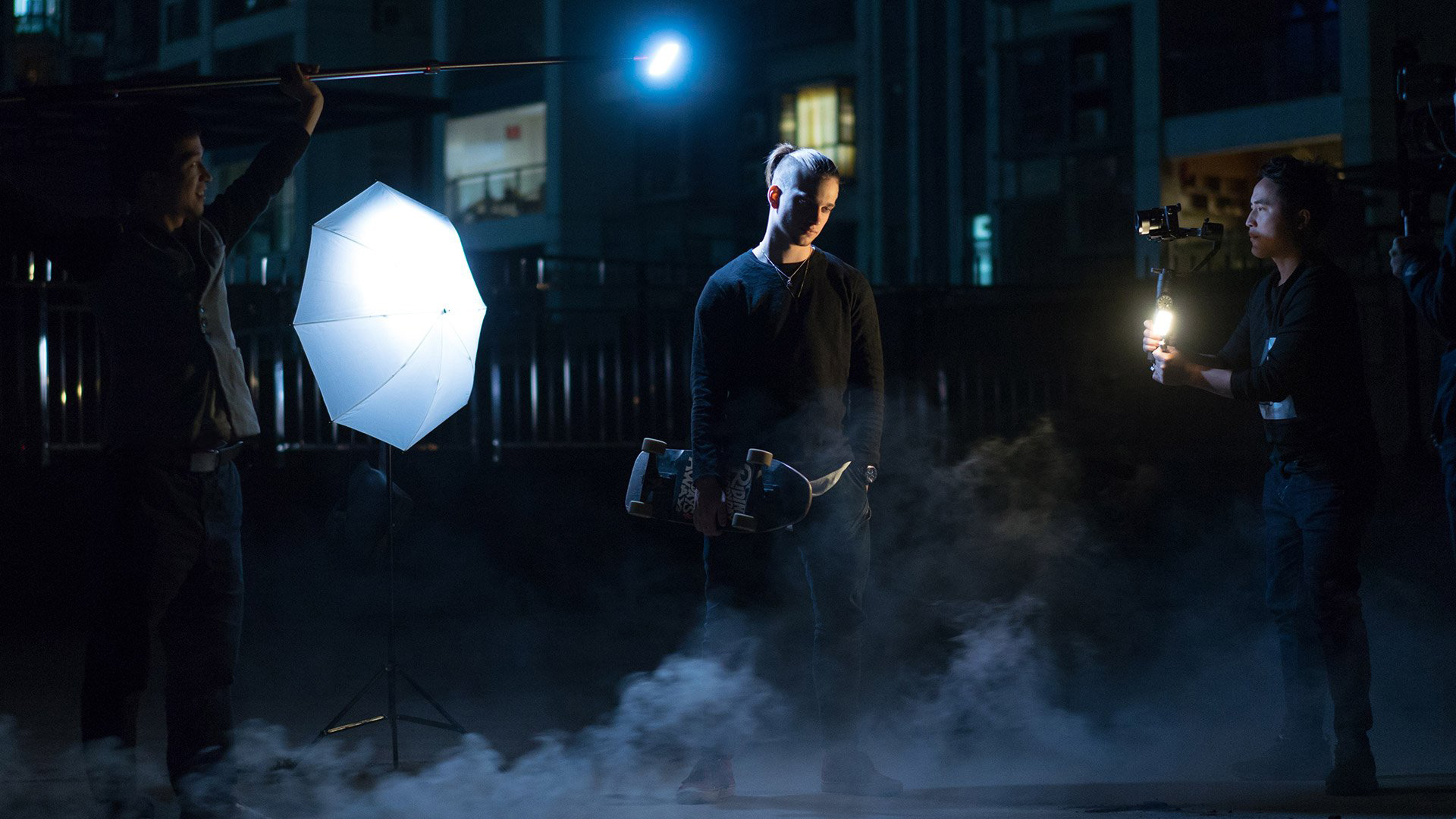 No matter which lighting technology you use, getting lights to truly match will always be a tricky business.

This is not a question that pertains only in the context of modern technology. Run a tungsten lightbulb on a slightly different voltage – as a battery runs down, perhaps – and it will change colour. HMI bulbs tend toward blue as they age, and many of them are actually specified on the box as 6000K, not the 5600K often stated. Fluorescent tubes also change with age, and daylight itself is an absolute lottery, even over a period of a few minutes. Nontheless, it’s really important that fill and key or two sun beams match in colour, and with modern lights it’s not just colour temperature we have to worry about. 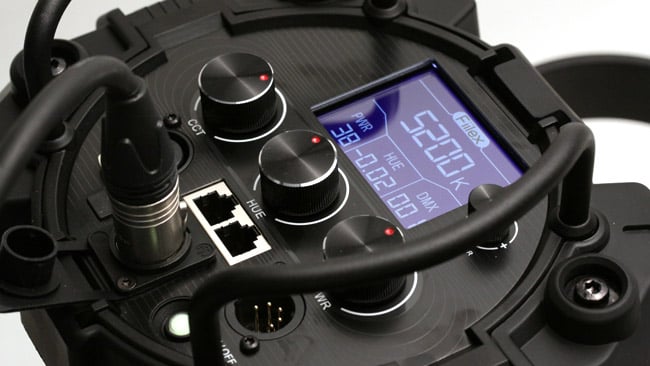 Theoretically, the only things that have a true colour temperature are things which are a blackbody, glowing solely because they’re hot. Almost nothing ever does glow solely because it’s hot; google for candoluminescence if you’re interested in the deep physics, though incandescent light bulbs are close enough to a blackbody for most purposes. Anything that isn’t close enough to a blackbody, like fluorescent, HMI or LED, gets a correlated colour temperature, CCT, which simply describes the nearest equivalent blackbody to the light we’re using.

There are two problems with using CCT to determine how well two lights might match. The first is that CCT only really describes how blue or orange something is. It doesn’t describe how much drift it might have in the green or magenta directions, which things like fluorescent, HMI and LED can all have in certain circumstances. That’s generally pretty well understood, though, and green-magenta bias shows up nicely on a CIE diagram. 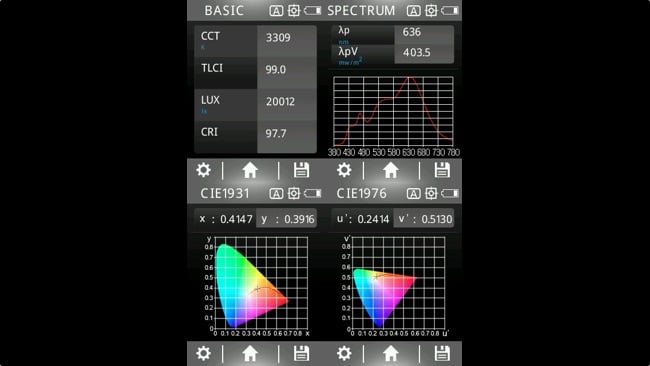 The nice even hill on the spectrum graph suggests that this light is very close to a true blackbody. Even tungsten lightbulbs rarely look this good in practice

The other issue with CCT, and the one we’re really here to discuss, is that it’s hugely nonlinear. What we mean by that is that a few hundred kelvins difference doesn’t always look like the same amount of change, depending on where we started. The difference between, say, 2500K and 3000K, which we might call going from “very warm” to “warm,” looks much bigger than the difference between 6000K and 6500K. Both are a 500K increase, but in practice it turns out that going from 2500K to 3000K is equivalent to a couple of layers of quarter CT blue; a very noticeable change. Going from 6000K to 6500K is only equivalent to a one-eighth CT blue, which is probably visible but much less obvious. 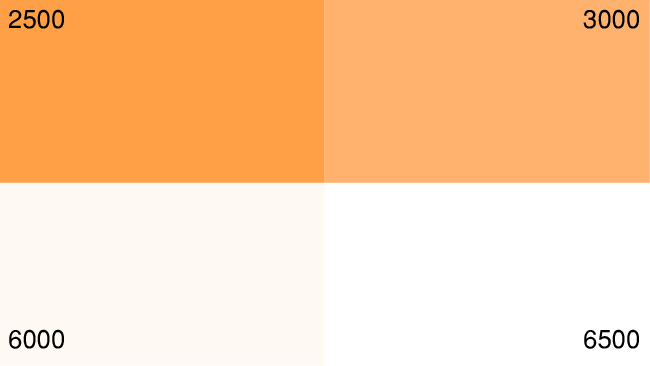 Happily, we have a system designed to handle this. It’s called the mired, contracted from micro-reciprocal degree (though kelvins are not degrees.) Mireds are calculated as a million divided by the CCT and sometimes annotated MK-1. The mired value of 2500K light is 400 MK-1. A 3500K light, rounding down, is 333MK-1 . The mired shift between the two is therefore -67. Go to the other extreme, and a 6000K light works out to 167MK-1, and the 6500K light is 154MK-1. The mired shift is -13MK-1, a much smaller number that much better represents how small a change this really is.

Even the most careful engineers struggle to make lights (and meters) that have very numerically-accurate CCTs, especially toward the bluer end of the range. It is very, very difficult to make two lights that visually match one another anyway, but quite apart from that, it’s very difficult to make any light and any meter agree on colour temperature.

The upside is that modern LEDs can sometimes allow us to trim colour to ensure a precise visual match without carrying endless rolls of nearly-transparent gels, so in some ways it seems that we’re becoming more aware of this at just the time it’s become easier than ever to do something about it.

Note that the CCT demonstration image is subject to quite a lot of potential sources of error in how monitors and computers are set up, but should be roughly correct on a display set to sRGB with a D65 white point and a gamma near 2.2.