The 2000s turned video and film production completely upside down 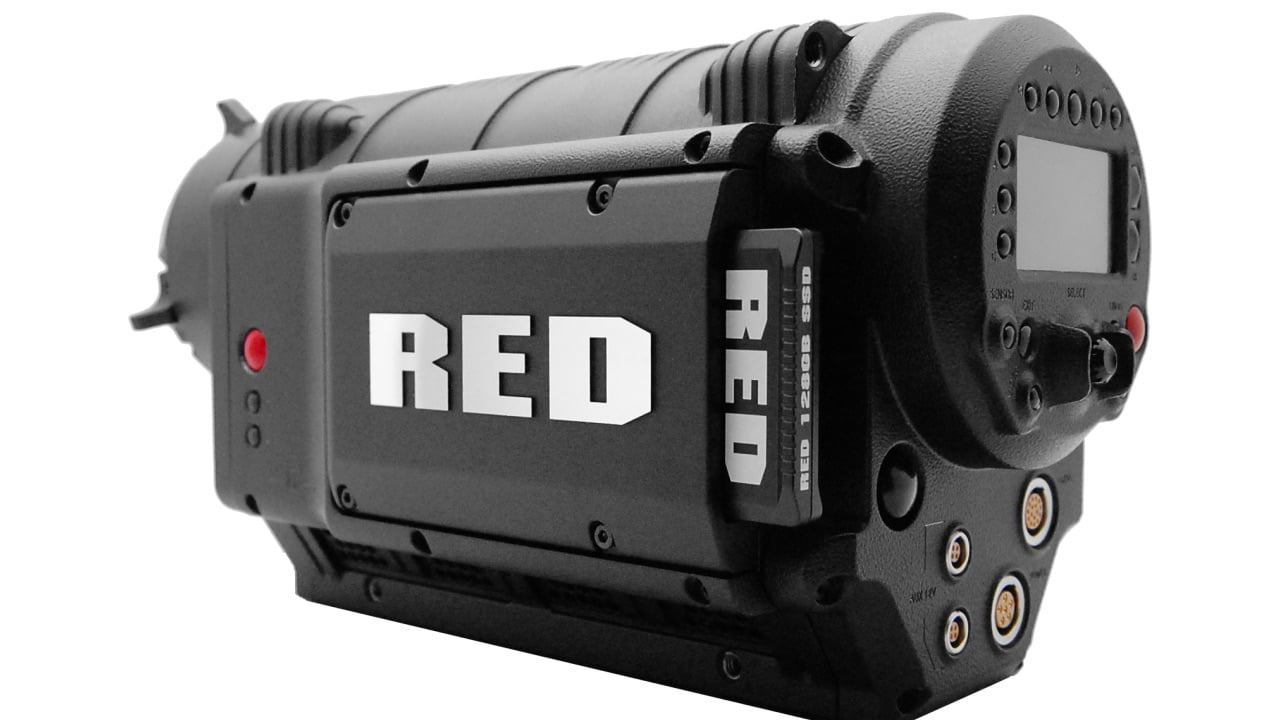 The late 2000's heralded the introduction of the RED ONE and the video capable DSLR, and it really was a time of true revolution.

For the penultimate part of my decade-by-decade history of cameras, let’s imagine ourselves at the start of the millennium. Digital technology seems to have taken over everything. In the UK, digital TV has been launched and DAB radio is well established. This is the decade when digital stills cameras will overtake and eventually obliterate the sales of film-based stills cameras for all but niche markets. Non-linear digital editing is commonplace in both cinema and TV, but for cinema acquisition, exhibition and distribution, 35mm movie film is still king. It won’t be until the end of the century that digital intermediates are in common use and digital projectors a viable alternative for cinemas.

Technology advances slowly in the movie world. Companies established before the middle of the previous century still dominate movie camera manufacturing. At the end of the 90s, Sony starts producing CineAlta cameras aimed at cinema production and Star Wars: Episode II – Attack of the Clones in 2002 is shot entirely with a digital camera, a 1080p camera with 3 x 2/3” CCDs recording on to HDCam cassettes. However, take-up of digital cinematography is slow and the cameras remain expensive.

Then a man comes along who has made a fortune selling sunglasses and goggles. He realises that a movie camera today physically consists of a sensor, a lens and a computer. Everything else can be sourced off the shelf or engineered at low cost using CNC techniques (plus a huge dose of image processing, compression know-how and colour science in the shape of Graeme Nattress).

Engineering a film camera mechanism has always been a costly and specialist business, but with the advance in digital technology, is there any sound reason why movie cameras should cost six-figure sums? And why should sensor size and resolution be limited to standards established in the broadcast realm?

And so, Jim Jannard of Oakley fame introduces the Red camera in 2007, offering the dream of a cinema camera for a few thousand dollars. The camera has a 4K sensor and offers ‘cinema quality’ pictures at up to 60fps.

It is a compelling dream, but RED - like so many tech startups - gets off to a shaky start.

The first camera, the Red One, gets a reputation among producers as being tricky and unreliable, with issues around software, audio and usability in general. Extra gadgets are needed to use the camera in the real world and the inexpensive RED-branded lenses are soon dismissed as sub-standard by DoPs. Perhaps most significantly of all, the RED ONE single-handedly creates a new role on the crew, that of the DIT – the Digital Imaging Technician – who has the job of making sure all these disparate and unfamiliar parts work together. Some of these problems are a case of getting used to a new technology but some are simply the result of the almost inevitable combination of ambition and inexperience on the part of the manufacturer. But RED soon learnt.

Originally marketed as a very inexpensive way to shoot movies, it soon becomes apparent that if you hire in lenses of the sufficient quality to do the sensor justice and the peripherals needed to make everything work smoothly, it is no longer a bargain-basement solution. Rather than creating a low-cost entry point into the world of movie making, RED turns towards the high end and leads the way in the sheer number of pixels and the highest resolution. A decade later, RED is well established at the high end and its strategy of going for maximum pixels has paid off as TV streaming services insist on every one of those 4K pixels originating in camera. 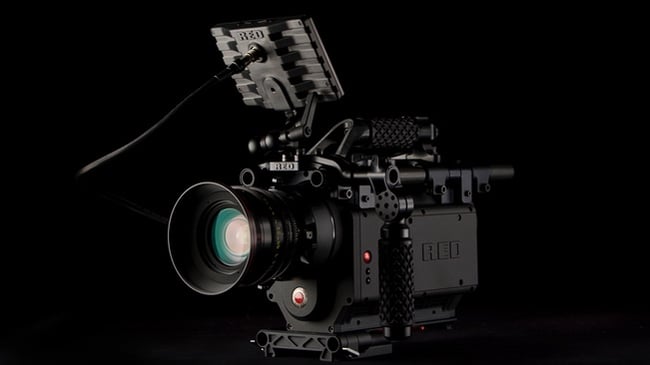 But we are getting ahead of ourselves. We should also consider the less glamorous, lower end of the market where a whole new category of cameras was emerging. GoPro was another company that realised digital technology allowed a whole new approach to camera design. A camera could be a small, viewfinder-less unit with a built-in wide-angle lens, designed to be mounted on a helmet or the roof of a car with a wide angle and cheap enough to be disposable if the worst came to the worst. GoPros and the action cameras that followed in its wake have been of huge benefit to filmmakers, but no, it is another digital camera that is going to take my prize as the most influential camera of the decade. And it is a stills camera.

Up to this point, video functions on stills cameras have been little more than a gimmick, but filmmakers are beginning to realise that a key part of the look of movies, as compared to television and video, is that the larger camera gate means longer focal length lenses resulting in shallower depth of field (younger readers may be surprised to learn that in the 20th century, shallow depth of field was rarely discussed as a positive attribute in movie cameras). A cottage industry develops depth-of-field adapters – basically focusing the video lens on a 35mm full-frame ground glass (sometimes spinning to hide the grain of the glass), in front of which was a 35mm stills lens. This not only gives an immediate ‘non-video’ look to the image, it also gets video users interested in stills lenses that, compared to movie lenses, seem astonishingly cheap and very high-quality.

It was only a small step forward to realise that once 35mm DSLRs started offering useable video, there was no need for DoF adapters on video cameras at all. In 2008, video capable DSLRs started to appear. The first was the Nikon D90, which could shoot at 720p, followed shortly by the Canon 5DMarkII which not only could shoot 1080p but also used the full 35mm stills frame – a frame around 50% larger than that used in 35mm movie cameras, and it is the Canon 5D that gets the prize as the game-changing camera of the decade. 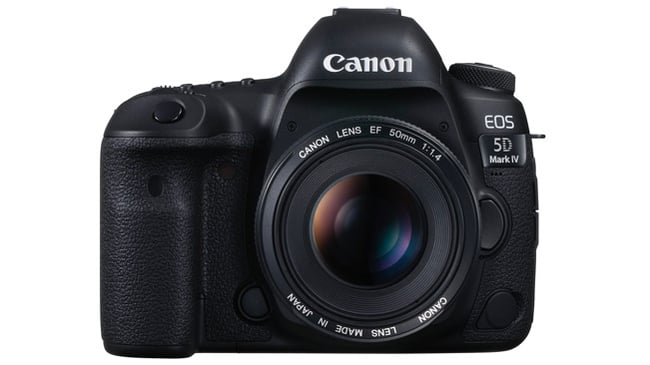 One of the later versions of the Canon 5D

Now, I have written previously about how the rise of the video DSLR has not only totally changed our expectations of what video cameras can and should cost but also changed the way we think of and use cameras.

I have been critical of DSLR video use in the past, mainly because in their use on most forms of documentary production where dependence on prime lenses, shallow DoF and clumsy, un-ergonomic rigs radically restricts the sort of film you can make. But when it comes to low-budget dramas and promos, DSLRs have enabled filmmakers to produce astonishingly good pictures for very little money. It has turned the video world upside down, with penniless independent producers working with higher resolutions than broadcasters and producing pictures that, at best, can compete with what you see in your local cinema. The knock-on effects were enormous. Not only did it challenge expectations of what a professional camera and lenses should cost, it heralded a move to larger sensors and the use of prime lenses when, up to that point, video cameras had used zoom lenses almost exclusively.

The industry has matured

In the last few years, I think the DSLR revolution has mellowed and matured. Many filmmakers, realising the limitations of stills cameras, have moved onto dedicated video cameras, encouraged by manufacturers introducing entry-level large chip cameras like the Sony FS5, the Canon C100 and offerings from Blackmagic. Others use a DSLR, or a mirrorless camera like the Sony A7 or the Panasonic GH5, alongside video cameras. As users became aware of the shortcomings of stills lenses for motion picture use, manufacturers have been turning out good quality ‘cine primes’ at significantly less than the cost of traditional movie camera primes, but a substantial price difference remains between mass-produced stills lenses and lenses designed specifically for cine use. It still has not been possible to produce a long-range, reasonably fast, parfocal 4K zoom lens at a price that fits the low-cost DSLR market.

The rise of the video DSLR has turned everything upside down. While at the high end – cameras made to make the movies you watch in the cinema - you can see a steady progression from Mitchell to Alexa, the challenge from below forces us to reconsider what a movie camera actually is. This is a theme I will continue in the concluding part of this series.