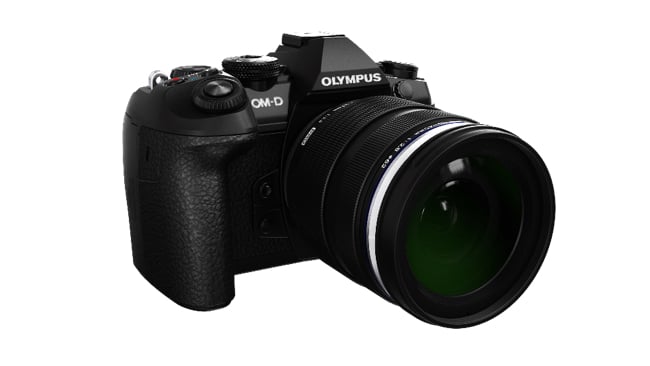 The OM-D E-M1 Mark II: another camera coming next year

After a somewhat quiet IBC2016 we’re still catching our breath from Photokina, and only now digesting the fact that Olympus has decided to enter the 4K race with its new flagship mirrorless camera.

Olympus starts off its introduction to the camera by stating that “The key facts of the OM-D E-M1 Mark II read like a wish list of the ideal, versatile camera every photographer has dreamt of,” which is perhaps over-egging the pudding, but on paper it is shaping up to be a very versatile unit indeed.

Certainly it’s speedy. In silent mode, using continuous AF and AE tracking, the OM-D E-M1 Mark II is capable of capturing 20.4-Megapixel RAW stills at what the company says is a class-best 18fps. Lock AF and AE, and the frame rate rises further to 60fps. Hell, up to 14 frames are taken even before the shutter release is fully depressed.

At its heart sits a completely new TruePic VIII processor and a 20.4 Megapixel Live MOS sensor, which can even deliver higher resolution via the 50M High Res Shot feature which combines eight shots together to generate a single high-res photo equal to 50MP.

Olympus’ very well-regarded in-body 5-axis image stabilisation has been re-engineered for this new unit, and now boasts up to 6.5 shutter speed steps of correction (though only to that extent when used with the equally new M.ZUIKO Digital ED 12-100mm 1:4.0 IS PRO lens). 121 focus points govern the AF, while the 500g body is also labelled as splash-proof, dustproof and freezeproof.

The IPB compression isn’t perhaps something that could be considered ideal, but when coupled with that high bitrate might not be an issue. And if the implementation of the image stabilisation is as good as we hope, then most things will be forgiven anyway. We’ll have to see when we get our hands on one.

Which will not be for some time. In common with the Panasonic GH5 this is a ‘development’ announcement, with Olympus hoping to launch the camera at some point in 2017 with pricing as yet to be decided.