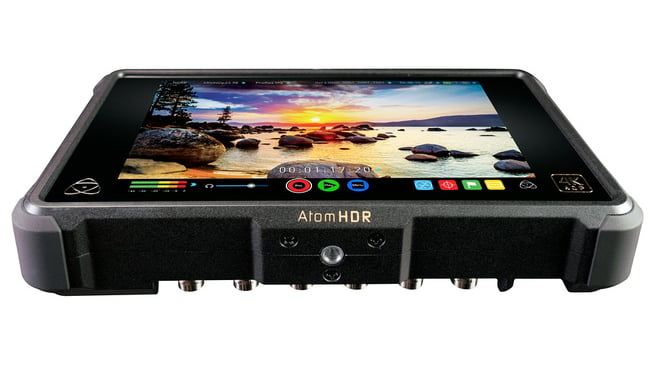 Shogun Inferno gets new features by the end of the year

Atomos’ 4Kp60 HDR Shogun Inferno ships this month and the company has added some new features to the already impressively capable unit. There's a new G-Technology partnership to talk about as well.

The spec of the Shogun Inferno has already been enough to grab attention — QuadLink SDI & HDMI 2.0 for 4Kp60 / HDp240 recording, HDR Log and Raw recording, a 7in 1500nit high bright monitor for hood free outdoor monitoring etc — so the new features are a sweetener to an already good-looking deal.

Implemented as part of a hardware upgrade due before the end of the year, here’s Atomos’ list:

Arri raw; the 16:9 and 4:3 raw formats can be recorded in the native .ari format to your SSD of choice using our Master Caddy system as an affordable media alternative to the SxS modules.

PQ & HLG input; In addition to playback, Inferno also supports PQ and HLG input for mobile HDR grading from NLE’s or from cameras such as Grass Valley, Red, Arri (PQ) and Ikegami (HLG) with output for HDR monitoring in studio and live environments.

Elsewhere, it is also promising to ship the AtomFlex 4Kp60 cables announced first at NAB this month too. And then there’s the intriguing partnership wth G-Technology to consider. Essentially this means that SSD drives can remain loaded in the Atomos Master Caddy after the shoot, and slot directly into a special edition G-Technology ev Series Reader to be used across the range of G-Technology ev Series desktop editing systems and RAID systems.