The Panavision DXL: is three the magic number? 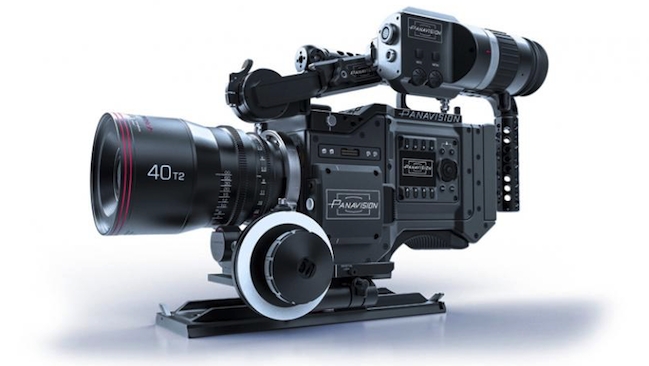 The interweb was alive with excited chatter and flame this week following the announcement of the DXL. Slightly bizarre for a rental-only camera that frankly, most of us will never get to use in anger. So what’s the fuss about? I believe it’s nothing less than a sign that Digital Cinema has come of age.

Respected DPs who have actually seen the DXL report that the new 8K camera is intelligently thought out. Although web gossip is rife with questions like ‘Is it just a RED camera rebadged?’, if you listen carefully, they stress the point that this is a genuine collaboration.

Haluki Sadahiro, Panavision Product Manager for Camera Systems, says: “The best of three companies has come together for the first time in history… and marries the lenses to the camera to the workflow. It is the most complete workflow that we have ever seen.”

A bold statement? Perhaps, but conceptually very important as the real story (for me) is the application of Light Iron colour science, in camera. The DXL is a workflow camera.

This is what Ian Vertovec, Supervising DI Colorist, has to say in the Panavision promo video: “We are taking what we do in a DI suite and incorporating it directly in to the camera. So when you turn the camera on and shoot, you’re getting a little bit of what you normally only see after spending a couple of hours in the suite. When Panavision builds a lens they tune it so they are adding more subjective characteristics that are desirable. We do the exact same thing with the colour. We are tuning it, adding in cinematically desirable traits.”

This subjective approach comes from years of feedback in the DI suite, and will obviously address how the all-important skin tones are rendered but also tackle some of the known issues that have fuelled the digital/film ‘which is better’ argument, where subjective, organic, ‘feely’ grain faeries have been pinned to the specimen slide and subjected to rigorous investigation. The DXL camera ecosystem has a unique ‘managed’ look; Light Iron’s deep tissue massage of the matrix takes into account their understanding of Panavision glass and the DRAGON sensor. HDR and HFR are built in to the system courtesy of the RED sensor.

I’ll be speaking to Millennium DXL Director Michael Cioni after his return from Cine Gear Expo 2016 this weekend, so use the comments box below to pose any questions and I’ll see you here next week with the story directly from the horse’s mouth. Last time I spoke to Michael, Light Iron and Panavision had just merged. Like most things, with hindsight we should have seen the DXL as inevitable. The union between experts in lens, sensor and color science/workflow is just solid joined up thinking.

I actually had the opportunity to speak with Michael last night, but I had a prior engagement with Buzz Aldrin at a lecture and book-signing. And that is worth mentioning because Buzz has always been very quick to give credit to the team behind his achievements: collaboration is a very sensible way to approach any problem.

No-one would challenge that the DXL project stands on the shoulders of decades of hard work within our industry; many talented people with vision, drive and unquenchable passion. It is the result of overcoming challenges and obstacles and the gestalt of blending science, craft and art.

No doubt that with the birth of DXL, along with the Alexa 65, we are witnessing Digital Cinema maturing, and it’s a handsome, fine looking beast. Now let’s shoot some movies already!

The giant is certainly awake and it will be very interesting to hear the feed back from DPs and colorists from Cine Gear, and discuss which hardware Light Iron are using to push 8K raw around their facility.

Have a splendid weekend and don’t forget to add your comments or questions for Michael below.