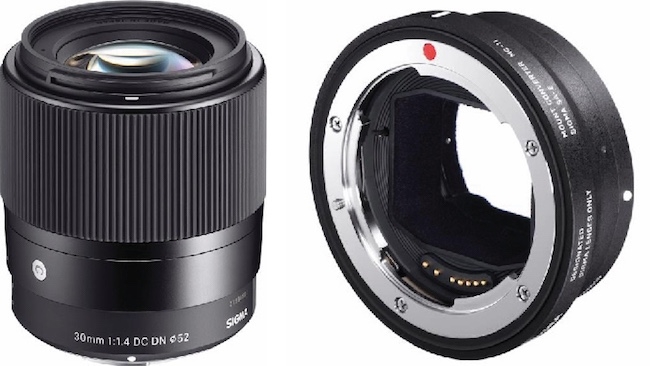 Sigma has added to its line with the introduction of two new lenses and an adapter for Sony E mount glass, as well as a service to retrofit lens mounts.

The Sigma 50-100mm f/1.8 Art joins the popular 18-35mm Art lens to provide a unique short telephoto lens with constant aperture, the same low dispersion elements as found in other lenses in the Art series as well as slimmer and faster Hyper Sonic Motor for faster AF functions. It covers an APS-C size sensor and will be available in Nikon, Canon and Sigma mounts. Suggest list price is $1099 with availability to be announced.

In a first as well for a third party manufacturer, Sigma will offer a conversion service for any lens in its Contemporary, Art or Sport line to Sigma, Canon EF, Nikon, Pentax, Sony A mounts with mirrorless lenses able to be converted to Micro43 or Sony E mounts. Prices to be announced.

Sigma in addition has announced the MC-11 converter which will adapt Sigma Canon EF mount and Sigma SA mount to Sony E mount cameras. This adapter will preserve data connections, autofocus, and image stabilization functions within the Sony camera.