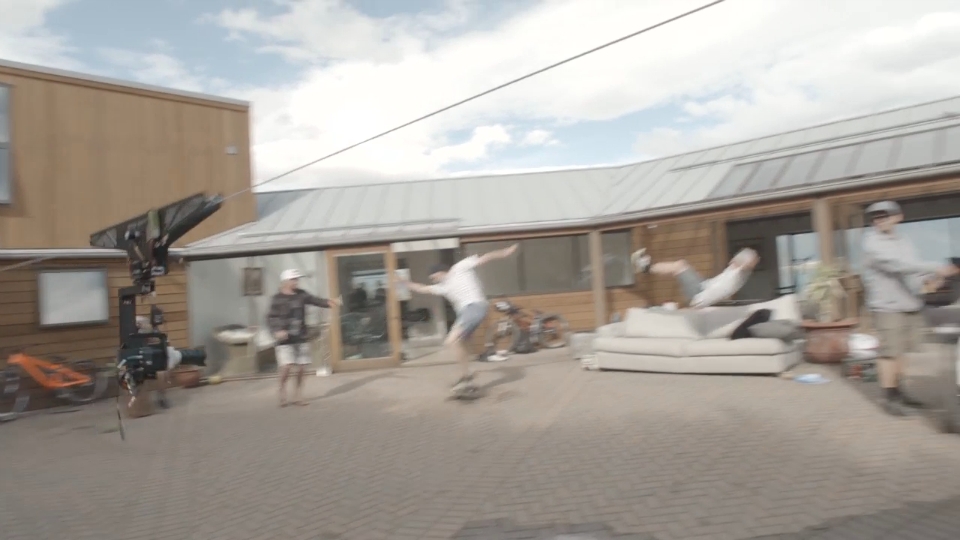 RedShark Replay: It's hard enough getting everything right in a shot, never mind when it's got multiple action scenes, and a camera moving at 50km/h!

Anthill Films is a production company based in Squamish, BC, Canada that specializes in producing mountain bike films and commercial productions.

This shot was the opening scene to our latest mountain bike film NotBad (2013) shot entirely in New Zealand. The concept behind the film was to get the whole Trek Bicycles C3 team together in one location to film mountain biking and adventure over the course of a month.

This was shot at 50mm with a Phantom Miro traveling at 50km/h on a Flyline cable cam. The idea behind the this shot was to create a scene that showed all the riders together in one location having fun in the most cinematic way possible. We chose a 50mm lens as we wanted to have a dolly look to the shot and reveal the riders one at a time so they could each be the featured subject of the shot as the camera moved through the scene. The set up of the Flyline cable cam went through the house's garage to the end of the backyard. This allowed the camera to be up to speed once the backyard was in frame. The Phantom Miro was set to 600fps with an end trigger, which allowed the entire sequence to be recorded, spanning approximately 50 feet.

Videos after the break

Here's the trailer for the biking film: