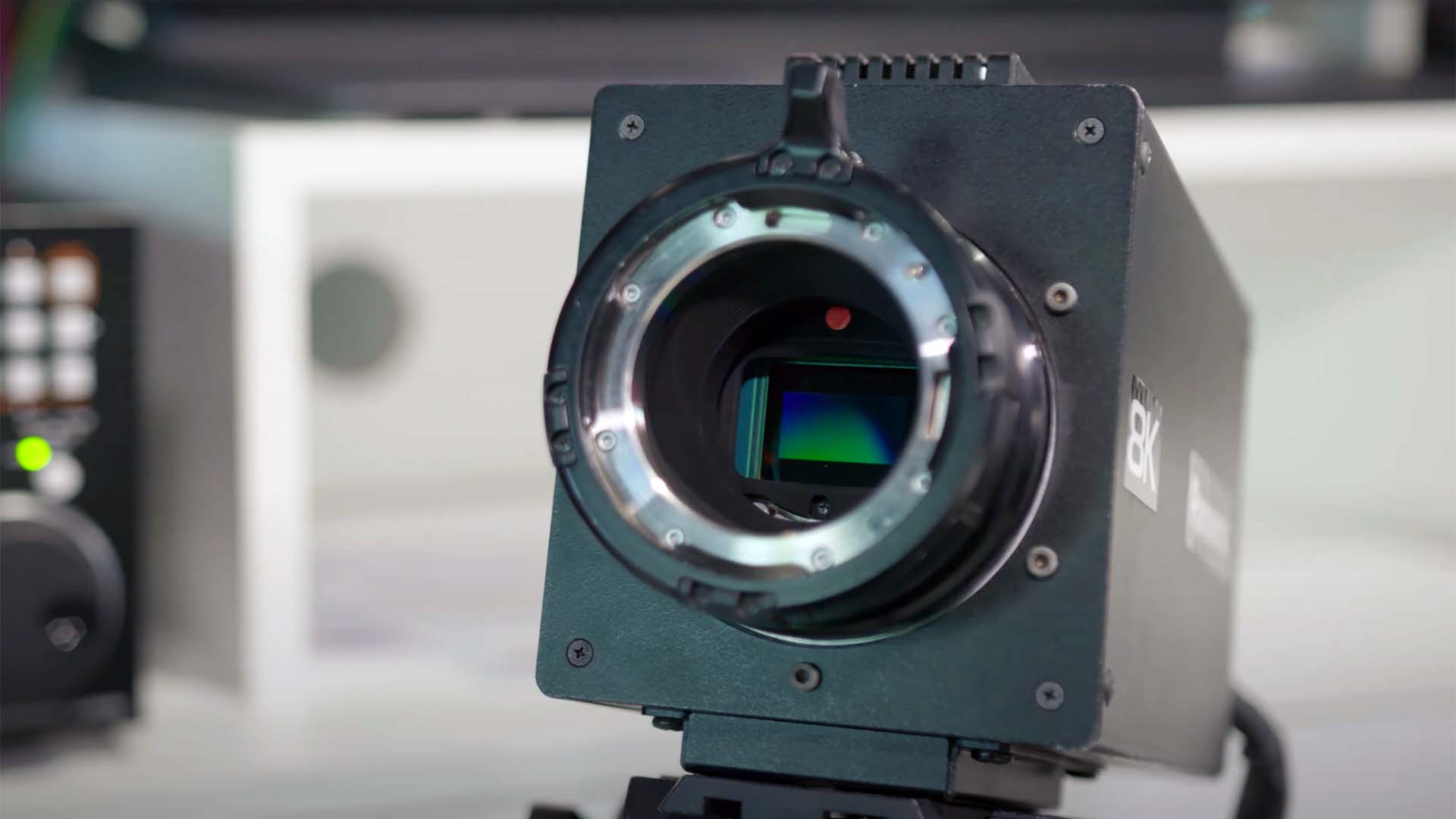 Whilst this isn't the first appearance of Panasonic's organic sensor, this is the first recent confirmation we've had that the tech is still in development.

Anyone who promotes the ability to pack 8K's worth of pixels into a Super-35mm sensor with reasonable performance is making a claim that should attract our attention. Panasonic first did that with an interesting sensor design all the way back in 2018, but we hadn't seen any further sign of the technology until it was discussed at a recent high-resolution technology show at the Makuhari Messe exhibition centre just outside Tokyo in October.

The history of 8K on Super-35mm sensors is a little chequered, or - ahem - Bayered, as we might say. Given the tradeoff between dynamic range, sensitivity and noise performance on one hand, and pixel size on the other, there's always been a certain tension between a desire for pretty pictures and the need for a sensor that will fit through doorways. When Sharp released the 8C-B60A camera in 2018, we noted the enormous detail but observed that some downscaling was ideally required to achieve reasonable noise; similar thoughts are often expressed about the Red Helium. 8K Super-35mm cameras have expressed the same engineering compromises for as long as they've existed.

Panasonic's new-ish sensor is apparently still new, despite being at least three years old, and Panasonic admits that there's still work to do on it. Still, the company suggests that it will have global shutter and a feature it refers to as "electronic neutral density filter," which might just mean a really enormous dynamic range and thus the ability to wind the exposure up and down mathematically. There is no standard for measuring the effective dynamic range of a sensor; it represents the difference between black and white, and given black is defined by the noise floor, which will be non-zero, and acceptable noise is in the opinion of the engineer, dynamic range itself is hard to specify absolutely. 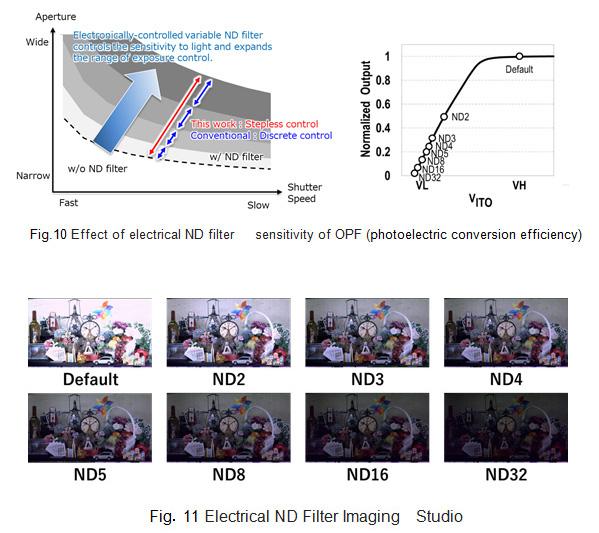 The number given, however, is 120dB, which is a very big number. On the basis a stop is roughly 6dB, 120dB equates to roughly twenty stops. Let's be clear that this is an exponential system and 20 stops is not a bit more than 19 stops, it's double the number of photons. Given the best current cameras claim 16 stops, 20 stops represents that number of photons doubled, then doubled again, and again, and again. It wouldn't be the first time that a company has relied on the fuzzy definition of dynamic range to justify inflated numbers, this is really a huge claim, and if such a sensor is manufacturable it represents a watershed moment.

How this has been achieved is necessarily obscure, but we've been speculating for some time about the common desires of sensor designers, particularly the need to separate the digital electronics from the entirely analogue light sensors. In an ideal world, the semiconductor manufacturing process used for photodiodes would be rather different to that used to create the other electronics, and manufacturing them as a single unit often stresses the photodiodes, increasing their dark current - that is, their noise floor.

Solutions include Lumiense's work on bonding separately-manufactured layers of silicon together. Whether Panasonic's organic photoconductive film - the company's own term - bears any relationship to the Lumiense technology isn't something we can tell without information the company isn't likely to give us, but the idea of layering things together is, in general, one that's being pursued. Panasonic has reportedly stated that "the organic thin film for photoelectric conversion and the charge storage part for signal charge accumulation are completely independent," which would suggest similar goals; even perhaps splitting the photodiodes into layers. 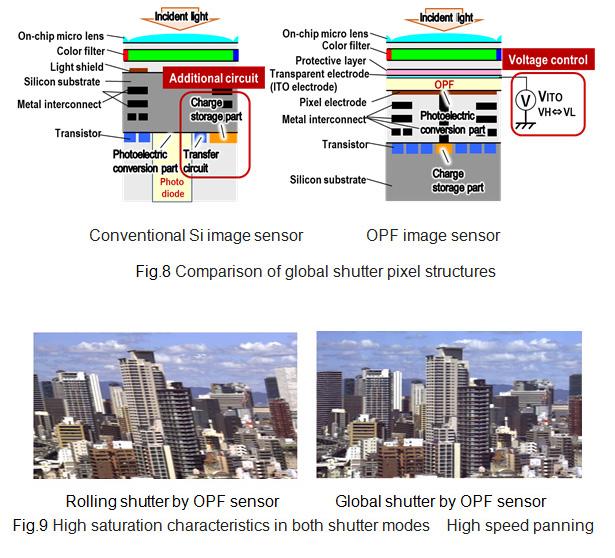 This isn't Panasonic's first 8K camera. The AK-SHB800GJ is a region-of-interest camera, using EF-mount lenses to capture a wide field of view and then deliver up to five high-definition regions of that view. It's clearly intended for live broadcast work, selling for a cool  £57,600 including tax, but it demonstrates the company's ability to build very high resolution cameras.

The device shown in Japan is not, apparently, to be a production model, though it's hard to object to the idea of Panasonic producing a new, competitive cinema camera. Its Varicam and EVA offerings have enjoyed perhaps less success than they deserved, and the S1 series stills cameras are rightly well-regarded. If the new sensor technology is what it's claimed to be, it might be not only a welcome update to Panasonic's output; it could be a genuine step forward in the state of the art. Bold claims, then; we'll wait and see.

Watch a video summarising the technology made back in 2019.