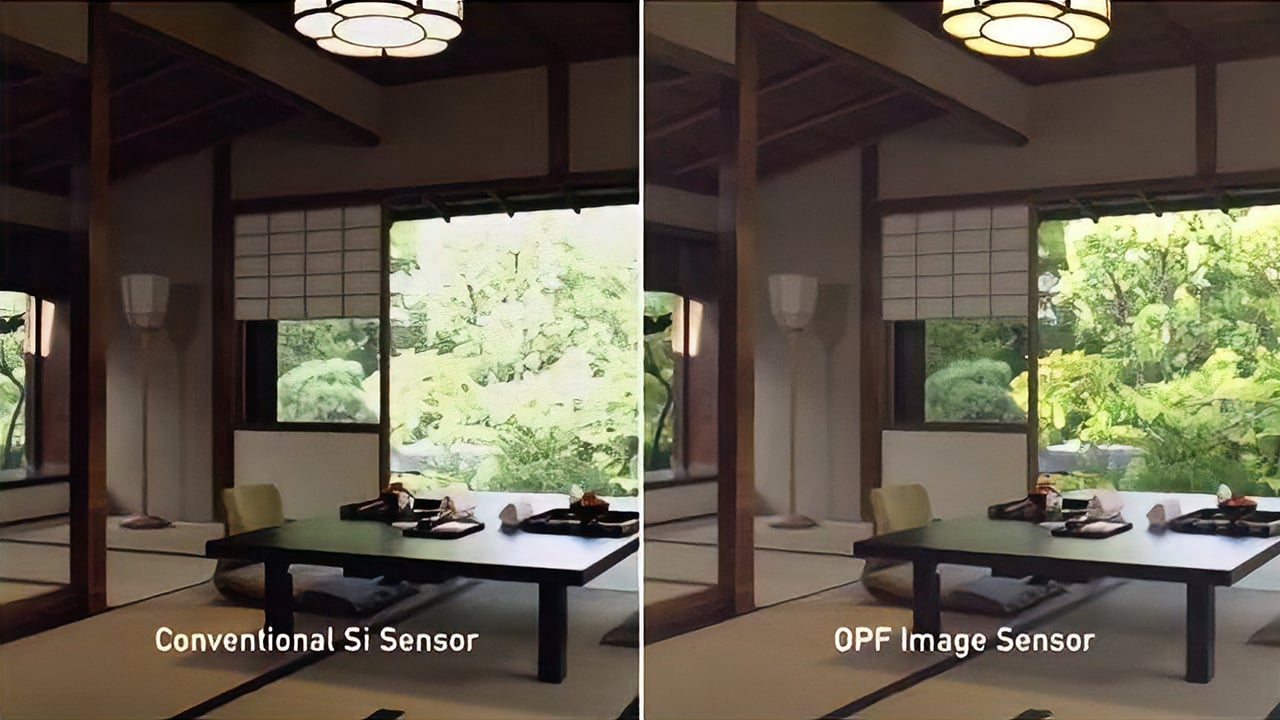 Panasonic says it has now managed to create a sensor with a 38-megapixel resolution that can shoot 8K video at 60 fps, all while using a global shutter – but there’s no mention of a camera housing it. Yet.

Global shutters and organic sensors promise less distortion and higher dynamic range, but the limitations have been traded off in the rush to develop high-resolution cameras – until now. Panasonic claims to have cracked the code with a new ‘organic’ chip that records 36-megapixels (or 8K resolution if you prefer) at 60fps in high dynamic range and all with a global shutter.

Before we get too carried away, Panasonic make no mention of the chip appearing in a camera any time soon, let alone a price.

But this is exciting “world first” stuff and the product of research and development that began at least five years ago in concert with fellow Japanese imager Fujifilm (which doesn't warrant a mention in the official press release).
Here’s the compromise they set out to solve. While a lot of effort has been put into making CMOS sensors accommodate more and more pixels, the downside is the use of rolling shutters which tends to distort fast moving objects. For example, a rolling shutter might render the shape of fast driving vehicles more like a parallelogram.

Global shutters (familiar to users of CCD devices) on the other hand are able to prevent such distortion by exposing the entire image sensor at once (that’s all pixels simultaneously). On the flip side, global shutter chips typically offer poor dynamic range because of the number of times each pixel deposits electrons to its associated memory cell. What’s more, most global sensors only rate about one to two megapixels in resolution.

To capture high motion scenes in ultra-high resolution and in high dynamic range, Panasonic has went back to the drawing board and split the CMOS circuitry from the photoelectric-conversion.

It layered a light-sensitive coating (organic photoconductive film or OPF) on top of a CMOS chip with the CMOS used solely for charge storage capacitors and the organic layer taking care of converting light into electrons.

The sensor has two different modes, one for wider range of light (high sensitivity) and another for deeper colours (high saturation) that allows it to capture a wider dynamic range in a single shot compared to other sensors.

These modes can be switched so that in high saturation mode, it is possible to capture data up to a light intensity of 450,000 electrons – or ten times the high sensitivity mode.

What does this enable you to do? Well, how about shooting at 8K resolution, even in high contrast scenes, such as a field under strong sunlight and shaded spectator seats under a stadium roof? That’s a Panasonic example, and one that gives a clear idea of where it sees the tech headed. It would be an elegant solution to the current issue sports broadcasters have in covering soccer matches or athletic events in areas of alternating harsh sun and deep shade without overexposure or underexposure. Neat to have for NHK's 8K broadcast of the Tokyo Olympics too.

Plus, since the camera can automatically control the sensitivity of the organic sensor by adjusting the voltage sent to the sensor (in accordance to changing light conditions), photographers can ditch the ND filters.

Panasonic says it holds 135 Japanese patents and 83 overseas patents (including pending) related to this technology.

Sadly, there are no plans pending for its actual use but Panasonic teases by saying that in future, it will incorporate the OPF CMOS image sensor technology in various applications “such as broadcasting cameras” and will contribute to realising “high resolution, high speed and high precision imaging and sensing functions.”