Panasonic announces BS1H: Full-frame and two flavours of raw output in a box 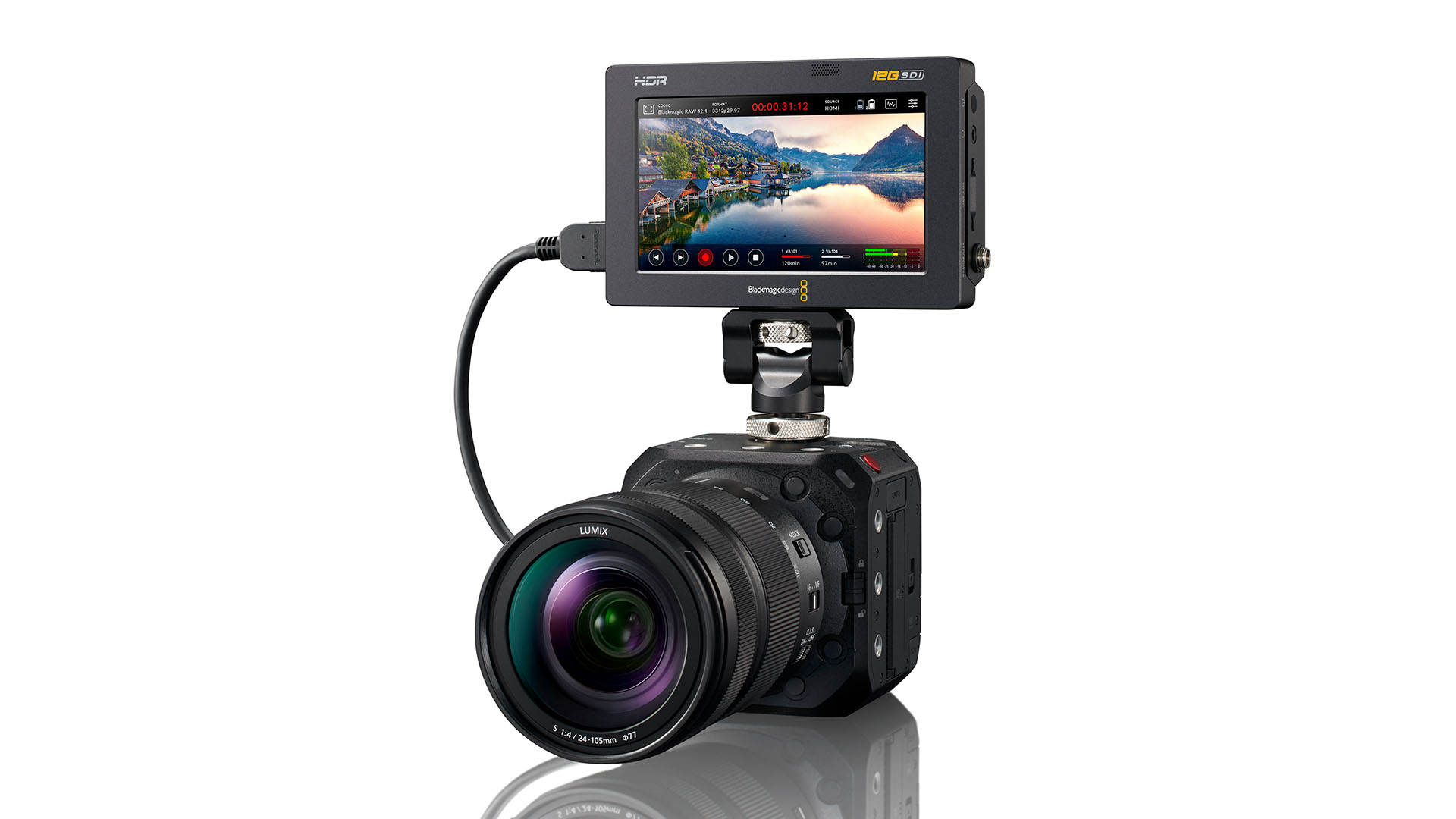 Panasonic has introduced a full-frame version of its BGH1 box camera, the BS1H, and it shares many features with the S1H.

The BGH1 was a great little camera, taking the internals of the GH5 series of cameras and putting them inside a versatile box-camera style configuration. Using such a body style gives options for more mounting points and makes the camera more symmetrical for easier mounting and balancing on drones and gimbals.

Just like the S1H, the new £2,999 BS1H (we presume the 'B' stands for 'Box') uses a full-frame 24.2 megapixel sensor and can record up to 5.9K raw up to 30fps by outputting the signal to an external recorder. The camera has compatibility with both ProRes RAW and BRAW output to either an Atomos Ninja V or a Blackmagic Design Video Assist 12G HDR device. 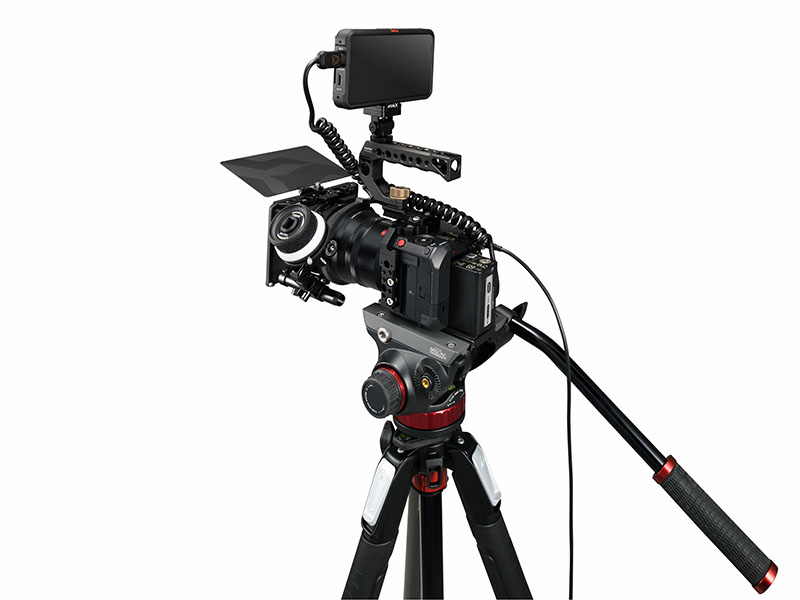 The BS1H features dual native ISO and is capable of a 14-stop dynamic range when used with the V-Log and V-Gamut image profile, which has a colour space wider than BT.2020. Users can also shoot using an ITU-R BT.2100 compatible gamma curve along with an HLG image style.

Whilst there is no ND filter wheel, the BS1H does feature an OLPF filter to reduce moire and false colour. The box style body design also affords the ability to have a better thermal profile and airflow within the camera. There are no recording limits here.

The body of the BS1H features an all metal construction, and there are three 1/4" mounting points on the sides and top of the body, along with two on the base. On-board recording takes place via one of two SD card slots, which can be set up for backup recording or relay recording.

Outputs consist of USB-C 3.1, 3G-SDI, HDMI Type A. Additionally, there's Genlock In, Timecode in/out, as well as a LAN port that is compatible with Power over Ethernet+ 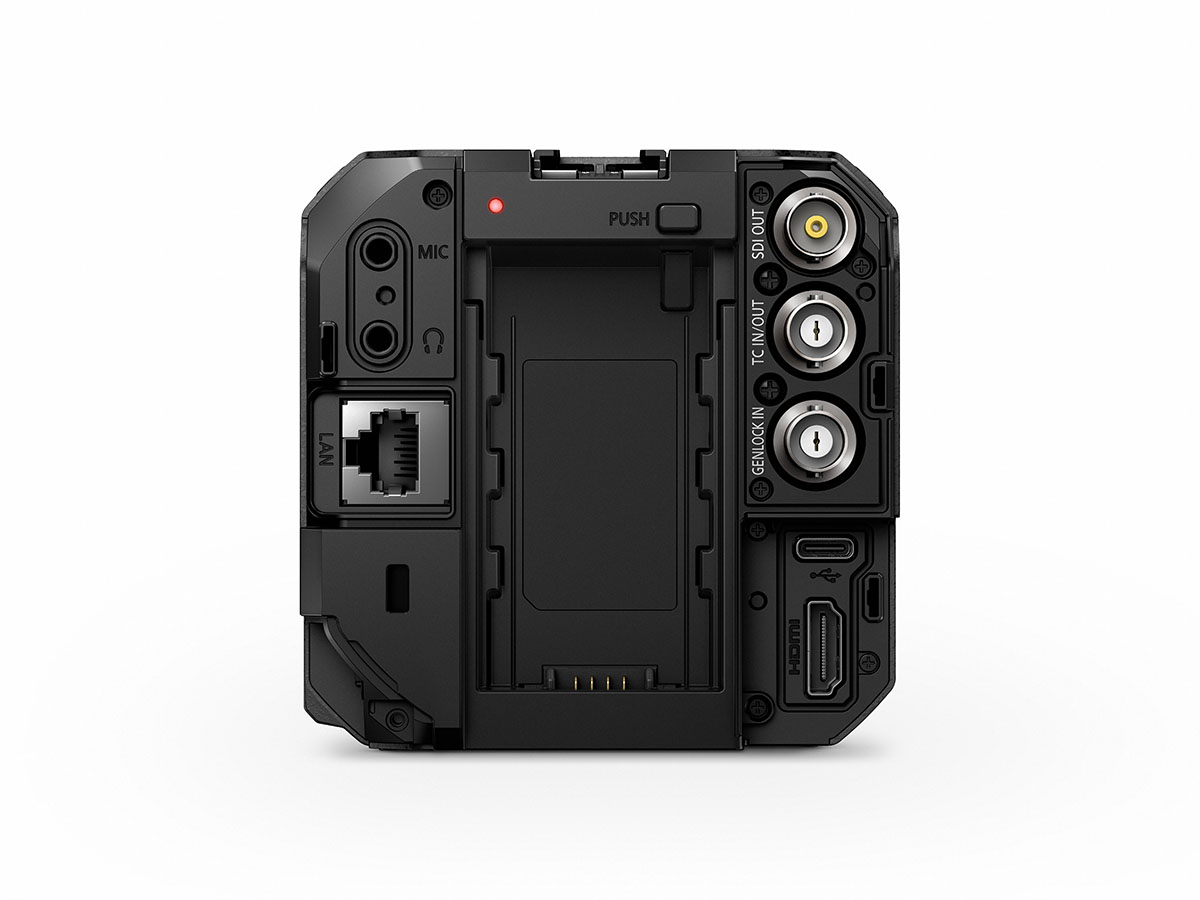 The BS1H will be a camera that offers more general production versatility in terms of general mounting and setup than the S1H upon which it is based. Box style cameras can be configured rather more easily due to their symmetrical design and built-in mounting points. It is a shame that there are no built-in ND filters, and it is beyond time that manufacturers realised just how much of a priority this should be. This isn't a criticism aimed at Panasonic, but in a general sense at camera manufacturers today. BMD realised how much of a priority it is with its revised Pocket Cinema Camera 6K Pro. We have been told by manufacturers such as Sony how it isn't possible currently to combine both IBIS and an ND filter stage due to space. However, given that many of these newer cameras are being aimed directly at video production, I would make a large wager that the ND would win each and every time given a choice between IBIS and built-in ND. This is because when video users need stabilisation, most of the time, this will be on a gimbal or a tripod. Lens IS systems are usually good enough to give smooth stability and remove the jitter of handheld shots if required.

My impromptu rant over with, the BS1H looks to be a very capable, video-focused camera with all of the video functionality of the famed S1H, but at a much-reduced cost.