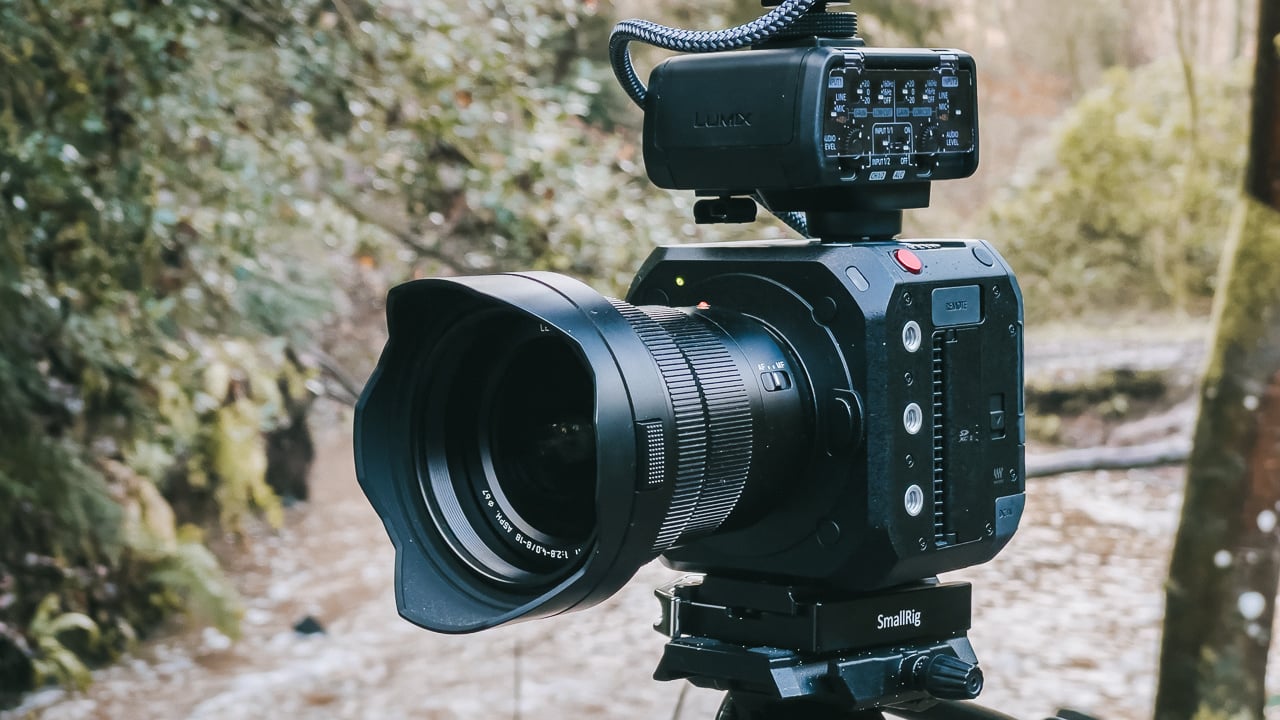 The Panasonic BGH1 is a camera designed for specialist use, but it can also be configured as a traditional camera. Here’s our review.

The Panasonic LUMIX BGH1 is a device that was rather unexpected when it was first announced. It initially drew comparisons with Z-Cam’s designs, sharing the very box style form factor. There are many differences however, and the LUMIX BGH1 is aimed at an altogether different market.

The camera shares a sensor with the Micro Four Thirds LUMIX GH5S. Not surprisingly most of the recording modes of that camera are also found on the BGH1, including V-Log L as standard, and up to 10-bit 4:2:2 400Mbps UHD intraframe recording. In terms of recording specs the new camera is impressive. But let's start at the beginning. 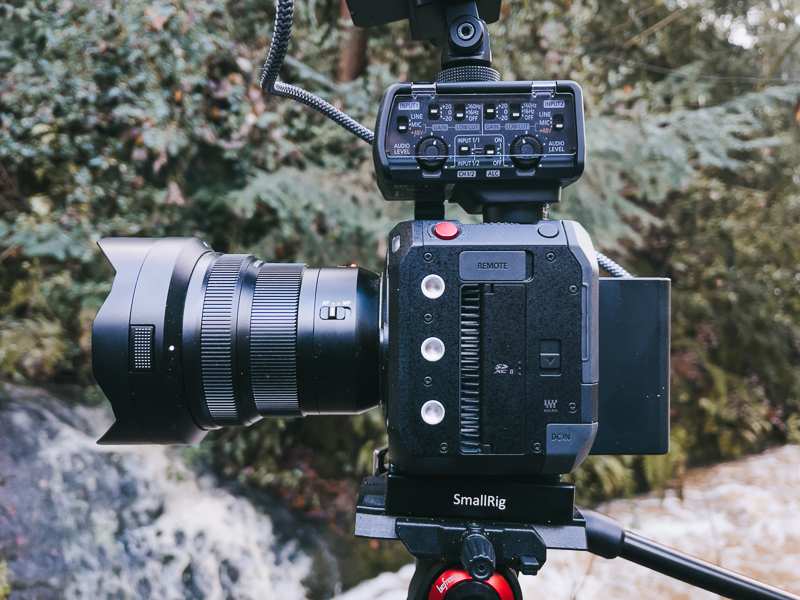 The BGH1 is pretty small, measuring only 93x93x78mm and weighing in at 545g. It feels solid to the hold, whilst its specialist intentions are clear. On each side there are three bolt holes, for either mounting accessories or allowing the camera to be fixed solidly to custom mounts in various orientations. Recording is performed to two SD card slots. There’s also Genlock in/out, Timecode in/out SDI out, RJ45 LAN control, USB-C, 2.5mm LANC, 3.5mm audio mic in, and 3.5mm headphone out. Wireless Bluetooth video output is also present, with 2.4GHz Wi-Fi as well.

The red record button on the front left corner is obvious, although many of the other controls are not. The various buttons around the body are user assignable. The on/off button to my mind could be more obvious. Once you know it’s there it isn’t an issue. But you could be left scratching your head if you were simply given the camera to use as a freelancer. Furthermore the buttons on the camera don’t give you much tactile feedback when pressed. If you were wearing gloves, and even sometimes with bare hands, it isn’t always obvious if you’ve pressed them properly or not. It’s a minor niggle, but one I hope will be changed on any future variations of the camera.

When you open the box for the camera you discover that things are definitely designed for you to configure a working system from other accessories. You get the camera, and, well, that’s it. No battery, no battery charger, and no EVF or monitor of any kind. In order to use the BGH1 you will either have to hook it up to remote control software such as LUMIX Tether, or you will need to attach a monitor such as the Shogun series, Ninja V, Video Assist 12G HDR, or SmallHD.

The main menu control dial on the BGH1.

The power system is notably versatile. Taking into account PoE+, the BGH1 can be powered from a total of three different power sources. A battery, Ethernet, and the 12v DC in port. Unfortunately unlike cameras like the S1 there’s no ability to power the camera through the USB-C port.

The BGH1 can roughly be said to be a GH5S in a box, but there is a bit more to it than that. For starters this is not a hybrid camera - you won’t be taking stills on it. The 10.2MP Live MOS sensor is employed here to take video. It still features the same Dual Native ISO ability as the GH5S, allowing it to go to a rather massive ISO 204,800 if you’re feeling brave, but the camera also features the addition of a low-pass filter to help reduce moiré.

Unlike its mirrorless counterpart, the fact that the BGH1 is a dedicated video camera means that it features unlimited recording with a decent fan cooling system. The fan is very quiet indeed and shouldn't present any issues in quiet studio setups. 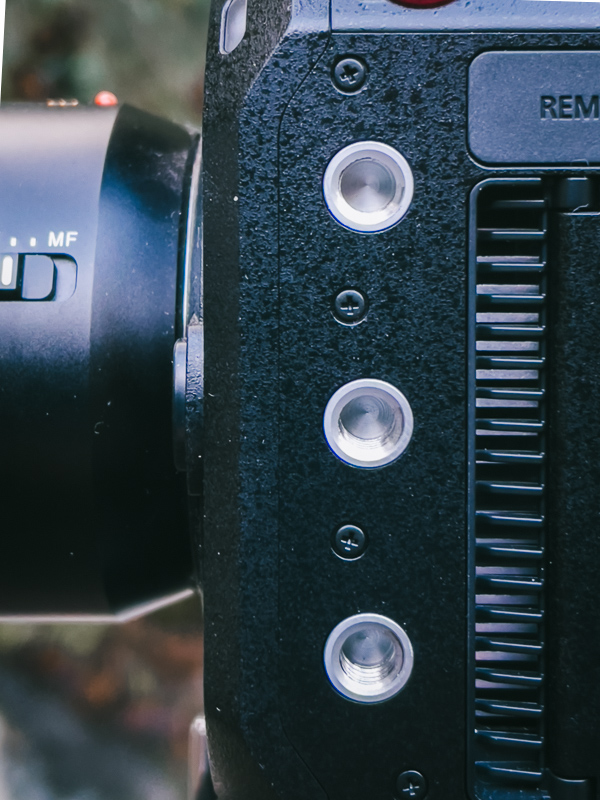 The BGH1 could theoretically be used in a wide variety of circumstances. For instance its size and shape lends itself well to be used as a drone mounted system or a dedicated gimbal camera. The three mounting holes on each side of the camera could be used to mount it within a frame or to simply add cheese plates for even more accessory options, or simply to attach to a rig. Other uses include mounting it to vehicles, either externally or internally, or as a remote wildlife camera.

Now, the system can be set up for handheld or tripod based operation, but with some caveats. Because the camera has no form of built in display you need to be very careful about settings, particularly if you are recording to an external device. With full 10-bit recording on board via SD card there might not be as many circumstances where this will need to be done. But it is as well to remember that you will need to keep toggling the camera’s screen overlay on and off when changing things if you do, otherwise you won’t be able to see what the camera is doing.

With the in-camera recording on offer you could probably make quite a compact, cost effective, and efficient system using the battery system that plugs straight onto the back of the body, a non-recording monitor, and a basic top handle to screw into one of the many mounting points, and the DMW-XLR1 audio adaptor that fits straight onto the hot shoe. All that’s needed then is some versatile MFT glass and you’re good to go. Well, mostly, You’ll need ND filters too, since the camera doesn’t have any built in. 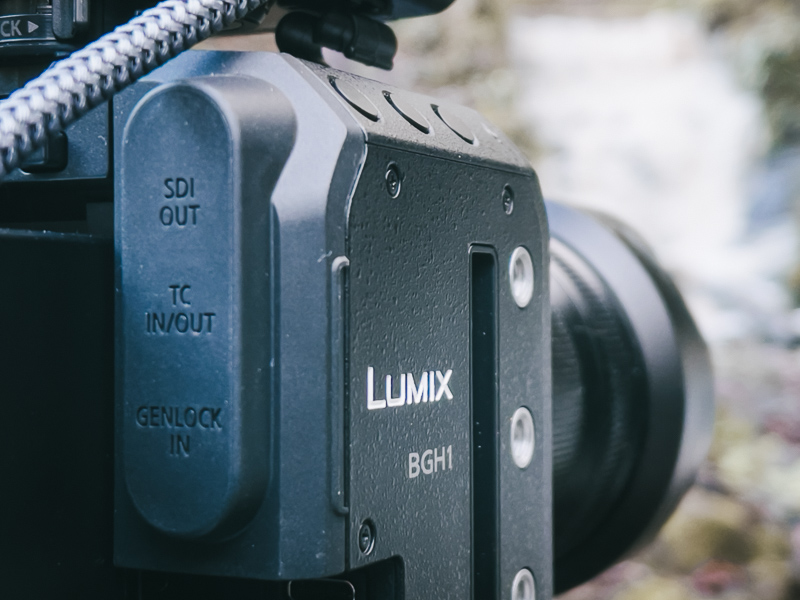 Connectivity on the LUMIX BGH1.

The BGH1 is fast to turn on, although as I mentioned you do sometimes need to convince yourself that you have actually pressed the power button due to its lack of tactile feedback. Once the camera is rigged up, if you’ve used any other LUMIX cameras you’ll be right at home. The menu structure is consistent with other cameras in the LUMIX range, making setup fast, easy, and familiar.

The compact nature of it means that it is easy to move around. Even with an external monitor mounted to the top of the XLR1 audio adaptor it’s all a pretty clean setup with only one cable required to connect the HDMI port to the display.

As I mentioned earlier, if you are recording internally to the SD cards using an external monitor is very easy. However if you are wanting to record externally then you do need to make sure your camera is setup so that the status displays are all off, which is easy to disable with one of the Fn buttons. You also need to ensure that the focus assist features are also off, such as the image magnification when you switch into manual focus mode. Otherwise this will get recorded to your footage. 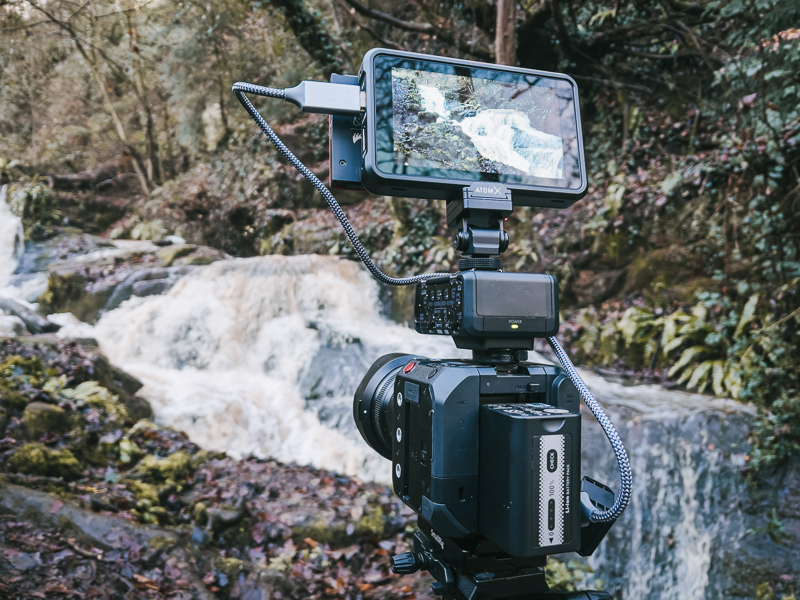 The BGH1 uses contrast detection autofocus, and in my tests it seems to work very well with a good response. Although because the camera has no in-built display you can no longer tap to focus like you can with its mirrorless siblings.

Picture quality is also really good. If you’ve used a GH5S you’ll know what to expect. There is virtually no difference between the two, which is actually a good thing because it makes matching the BGH1 to other Panasonic cameras seamless. Colours in the standard profiles are natural and detailed, while including V-Log L as standard allows easy matching to cameras such as the Varicam. You can rest assured that the BGH1 will provide you with a quality picture all-round, as well as minimising moiré and aliasing thanks to the inclusion of an OLPF filter. 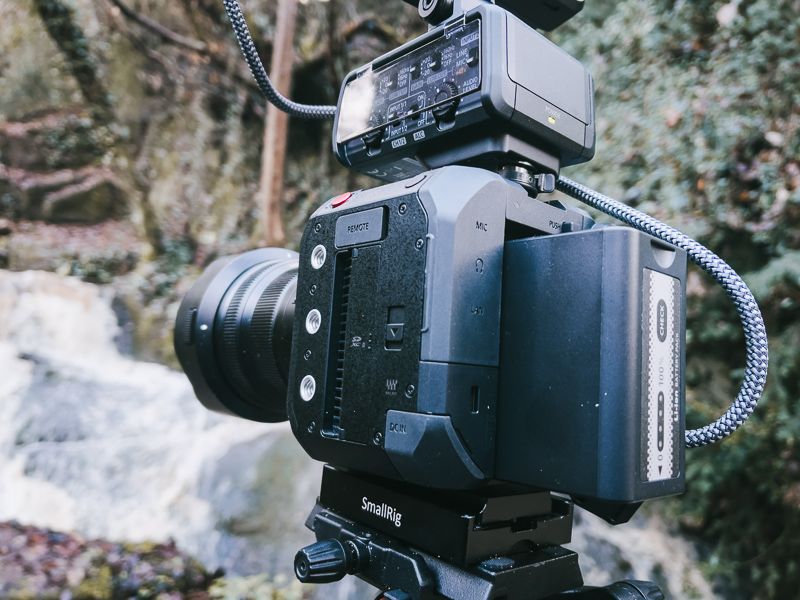 To finish off, my impressions of the BGH1 are of a camera that will be widely suited to a huge variety of specialised tasks. It can be rigged up for traditional camera use, although I would say that just because you can, it doesn’t mean you should. If you are purchasing the camera with a particular use or job type in mind, then it could be used more traditionally in the right circumstances. However primarily you should view the BGH1 as a system that can be put to much better use on a drone, as a remote multi-camera setup, mounted into confined spaces, or on the outside of a vehicle. The way it has been designed with all those mounting points makes it ideal for those sorts of applications.

To conclude, the BGH1 is affordable enough at just below US$2000 to be used in the situations I mention above, and do the job very well indeed. Especially with its remote control options and available SDK kit. It also makes a great specialised companion to the rest of the LUMIX range, and even to higher end systems like the Varicam. The MFT lens mount also makes it extremely adaptable to all sorts of different glass, including lots of classic lenses.

The BGH1 is a device that for some people will be a very useful tool.